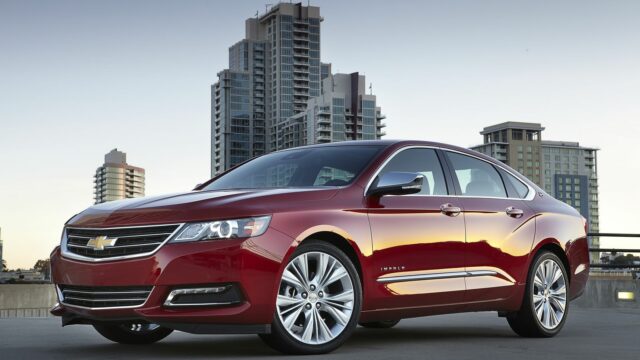 Here’s what car you should buy this year

Consumer Reports has chosen the ten best new cars to have in 2017, judged on offerings like safety, reliability and customer satisfaction.

Before earning the Top Pick status, a model must first go through CR's carefully-crafted and rigorous test procedures and, naturally, score higher than its competitors.

Without further ado, CR's Top Picks for 2017 are the following:

Formerly known as the Scion iA and developed on the same architecture as the Mazda2, the renamed Toyota Yaris iA impressed the CR jury with its refined four-cyl engine and smooth six-speed auto coupled with deft steering. It looks like budget sedans can still be sought-after after all. (On-the-road score: 60, fuel efficiency: 35 mpg combined).

The Cruze (only facelifted, not a new model) managed to surpass the likes of Honda Civic and Toyota Corolla thanks to its noise-free ride and a nippy yet thrifty turbo powerplant. (On-the-road score: 77, fuel efficiency: 30 mpg combined).

Gaining a somewhat untouchable status, the Toyota Prius is still hard to beat when it comes to compact hybrids, mostly due to excellent reliability and quiet cabin, complemented by the extra ride comfort. (On-the-road-score: 75, fuel efficiency: 52 mpg combined).

CR concluded that the MX-5 is not only fun (after all, we all knew that) but also frugal and user-friendly, allowing the driver to get the most out of the car's theoretically underpowered engine and sharp steering that love twisty patches of asphalt. (On-the-road score: 80, fuel efficiency: 34 mpg combined).

Kia's (and Hyundai's, for that matter) efforts took the brand higher up the carmaker hierarchy in the past years or so, and the Optima reflects just that. Just like the Cruze, Kia's Optima had to shake of challengers like the Toyota Camry and Honda Accord, and it did just that courtesy of generous cabin space, top-notch reliability and a drivetrain that's always up to the challenge. (On-the-road score: 86, fuel efficiency: 28 mpg combined).

The Subaru Forester does a handful of things very well, including access in and out of the car, engine performance in its class and frugality. Plus, Subaru's safety bundle can be found on every Forester, minus the base-spec model. (On-the-road score: 85, fuel efficiency: 26 mph combined)

Family friendly, potent traction and light towing potential, these are the aces up the Highlander's sleeve which convinced Consumer Reports to award it a Top Pick in the midsize SUV category. (On-the-road score: 84, fuel efficiency: 20 mpg combined).

Rough competition is the name of the game in the luxury SUV segment, yet according to CR, Audi found a way to take the lead with its Q7 thanks to the premium flavor inside the cabin, expertly designed infotainment system, composed ride and hard-working brakes that ignore the Audi Q7's massive body. (On-the-road score: 96, fuel efficiency: 20 mpg combined).