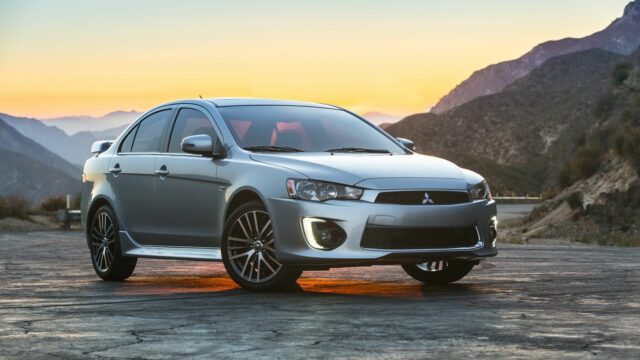 The Lancer gets upgraded looks for the 2016 model year

Even though the Lancer Evolution will soon be a pretty memory from the past, the base model on which the performance version was based will still be around for some time. Need proof? The Mitsubishi Lancer just got a facelift for the 2016 model year.

The basic Mitsubishi Lancer got a mild refresh for the 2016 model year. The car is still recognizable as a Lancer, but now there’s a bolder front bumper with integrated LED daytime running lights while the rear end looks totally unchanged compared to last year’s model.

New (optional) 18-inch wheels can now be ordered if you want to stand out from the crowd, and the side mirrors have been upgraded to include turn signals.

Inside, the 2016 Lancer received a modest upgrade, with standard USB connectivity integrated into the slightly redesigned center console, standard display for the audio system, and a refreshed optional infotainment system.

The base ES trim comes with a 2.0-liter, 148-hp four-cylinder engine, front-wheel drive, and a five-speed manual transmission. Also, you can spec the car with a color LCD display in the instrument cluster, LED daytime running lights, automatic air conditioning, Mitsubishi’s All-Wheel Control all-wheel-drive system and an automatic transmission.

The SE and SEL variants are carried over from last year, but they now come as standard with AWD and the same CVT8 automatic transmission available on the facelifted Outlander. A 2.4-liter engine that makes 168 horsepower is offered for the SE, SEL and GT trims, but not for the base SE.

In previous years, the Lancer could be bought in a Ralliart trim that slotted between the GT and the more hardcore Evolution, but in 2016 it’s no longer available. The Ralliart came with all-wheel-drive, a turbocharged engine and the Evo’s dual-clutch transmission, which made it a potent daily driver, but now it’s gone.