2017 Ford Fiesta first drive: The party must carry on

There's an all-new Fiesta in town, and we went to sunny Valladolid, Spain to drive it

One cannot overestimate the importance of the Fiesta supermini for Ford's European lineup.

The outgoing Fiesta has consistently ranked as the best-selling car overall in Europe in recent years, so Ford had to come up with something remarkably good to top that — or at least maintain the momentum.

Enter the all-new 2017 Fiesta, which I got acquainted with during a press drive event organized by Ford in the Valladolid region of Spain. So, what is there to know?

Design evolution — or so the saying goes 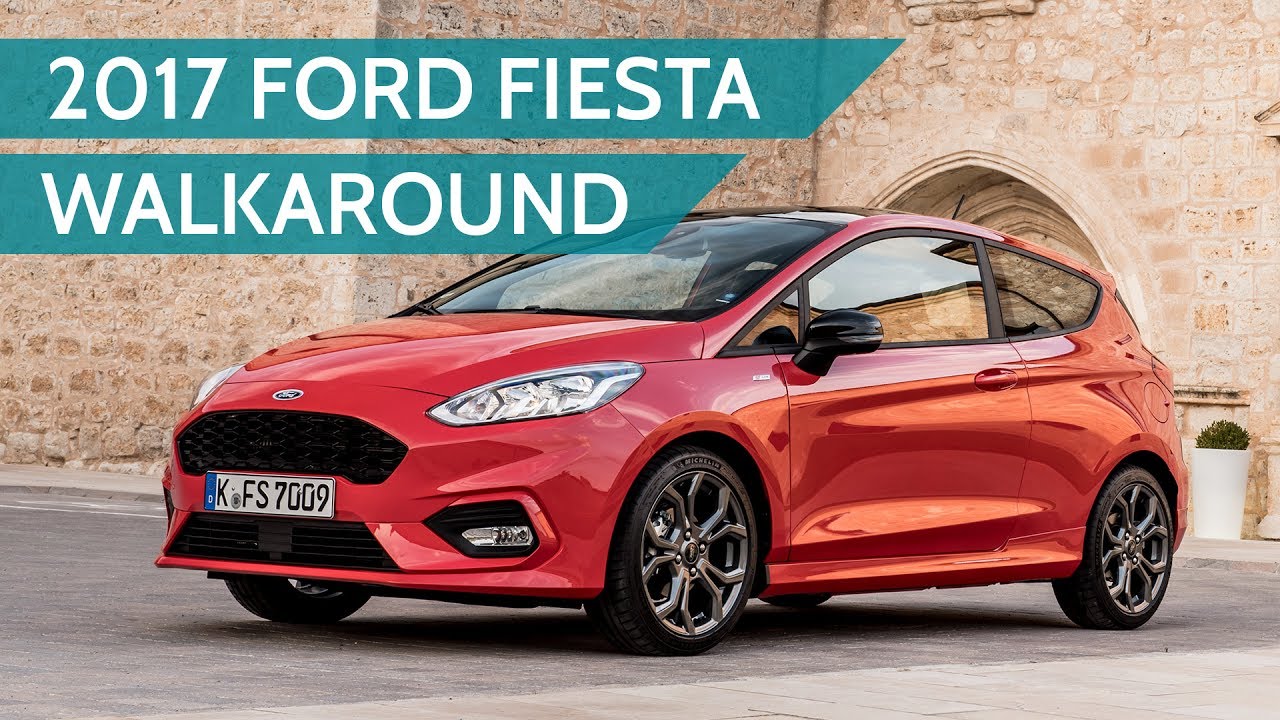 Styling-wise, there not that much to say. As the previous Fiesta was so successful, Ford didn't want to alienate buyers, hence the evolutionary look of the seventh-generation model. There are subtle differences, though: since the new Fiesta is 71-mm longer and 13-mm wider, the shape of the body has slightly changed: it looks more grown-up and more athletic than before but at the same time less playful. I suspect that's because Ford wanted to attract more male buyers — women surely loved the outgoing Fiesta's cute looks.

The biggest change can be noticed at the rear end, with the Fiesta now sporting horizontal taillights that give the car more visual width. The front is similar to that of the old Fiesta, but the headlamps are shorter and more similar to those on the Focus. As for the profile, it's the least changed part of the car. Overall, I don't think there's anything wrong with the way the new Fiesta looks, but it's just not as charming as its predecessor.

It's okay to have multiple personalities. If you're a car Ford insists on calling the new Fiesta's trim levels "personalities," and the truth is they look quite different from one another. On sale now are four of them: the entry-level Trend model, the stylish Titanium, the sporty ST-Line, and the posh Vignale. And next year will bring two more: the Active crossover and the ST hot hatch. There was no Trend model available at the event, but the Titanium, ST-Line, and Vignale looked quite different from one another, both inside and out. There are different bumpers, grilles, upholsteries, accents, and features to each trim level. And Ford officials said this trend would expand to other future models.

Do they drive differently? Let's not get carried away by Ford's marketing strategy: regardless of the chosen trim level, we're talking about the same car. While Titanium and Vignale models offer the same driving characteristics, the ST-Line has a slightly stiffer suspension that reduces body roll and increases the fun in corners.

That's not to say the other models do not enjoy being thrown around corners at high speeds. Thankfully, the new Fiesta retains the fun to drive character of its predecessor: the chassis is very competent and hard to unsettle through turns. And even if you overdo it, the new Electronic Torque Vectoring Control system will keep the car on the right track by braking the inside wheels. It's said to increase cornering grip by 10 percent, but you do feel slightly disconnected to the car when it intervenes. But hey, safety first, right?

Speaking of disconnection, the steering didn't do it for me. Yeah, it points the car in the desired direction, but it feels over-assisted and doesn't offer much feedback. As for body roll, it's present but never bothersome — at least on the road.

What's under the hood? The big news is the addition of an all-new 1.5-liter TDCi four-cylinder diesel, available in two states of tune: 85 hp and 120 hp. I only drove the latter version, combined with the new precise and smooth-shifting six-speed manual transmission — all Fiesta models with more than 100 hp get it as standard, finally.

Its generous 270 Nm (199 lb-ft) of torque available from 1,750 rpm means you can't be in the wrong gear. Furthermore, the engine is pretty refined and pulls well, allowing the Fiesta to sprint from 0 to 100 km/h in 9 seconds flat. While that's the same acceleration time you get with the most potent 1.0-liter EcoBoost (140 hp), the diesel engine is less engaging because it runs out of puff past 3,800 rpm, whereas the three-cylinder gasoline unit still has about 2,000 rpm to explore from then onwards.

And then there's the noise: the tiny three-cylinder unit sounds enticing and invites you to explore the entire rev band. What it lacks in torque (180 Nm/133 lb-ft) it compensates for power, noise, and character. While the new Fiesta looks very much like an evolution of its predecessor on the outside, the approach is quite revolutionary inside. Gone is the confusing center console with more buttons than a Nokia mobile phone from the early 2000s, its replacement being a floating touchscreen display (up to 8 inches in size) that controls almost everything. It's powered by the SYNC 3 infotainment system which is more intuitive, quicker, and better-looking than the interface in the previous Fiesta. There's also a new 4.2-inch multi-function TFT display in the instrument cluster.

The lack of a dual-zone climate control system was surprising, though, as was the absence of grab handles or center armrest for rear passengers. Overall, the Fiesta looks more modern and attractive inside, but the plastics used in the lower half of the cabin look rather cheap. As for space, things are largely the same as in its predecessor given the modest size increases. There are more stowage compartments, and 16-mm more knee room in the rear than before. However, legroom and headroom will be familiar to owners of the outgoing model. There's just about enough space for a six-foot (1.83-meter) adult in the back, but occupants that are taller should stick to the front seats. As for the boot, it's slightly bigger than before (although Ford does not say by how much), but it lags behind competitors such as the new VW Polo or SEAT Ibiza.

"The most technologically advanced small car on sale in Europe" Those are Ford's words, and they're backed by the fact that the new Fiesta offers an array of driving assistance technologies — no fewer than 15 to be exact. Those include Adaptive Cruise Control, Lane Keeping Aid, Cross Traffic Alert, Forward Collision Warning, Traffic Sign Recognition, Auto High Beam, and Active Park Assist. Most of them are optional, depending on the market, but it's great that a B-segment car can have them.

Going upscale has its price The all-new Ford Fiesta is on sale now from €12,950 in Germany, but that will buy you the entry-level Trend model equipped with a less glamorous 1.1-liter naturally aspirated three-cylinder gasoline engine rated at 70 hp. The cheapest EcoBoost-powered Fiesta starts at €15,100, while the most affordable diesel will set you back an extra €700. And let's not even begin talking about the Fiesta Vignale, which starts at €20,600.

The good thing is our first contact with the 2017 Fiesta left us yearning for more, so as soon as we get to drive it for longer, we'll give you an in-depth review of Ford's new supermini.