Honda has adopted a global approach with the latest Civic Hatchback, which is why the US-spec model looks just like the one sold in Europe

The 2017 Honda Civic Hatchback arrives in U.S. dealerships today, joining the 2016 Civic Sedan and Coupe as the third body style of the carmaker's compact family.

The five-door hatchback has a starting MSRP of $19,700 (excluding a $835 destination charge) for the base LX trim with six-speed manual transmission.

Based on the same platform as the Civic Sedan and Coupe, the 2017 Civic Hatchback offers a single engine choice in North America, a 1.5-liter turbocharged four-cylinder gasoline unit rated at 174 hp in LX, EX, and EX-L Navi trims and 180 hp in the Sport and Sport Touring trims. The latter trims' power hike stems from a dual-outlet center-mounted exhaust. 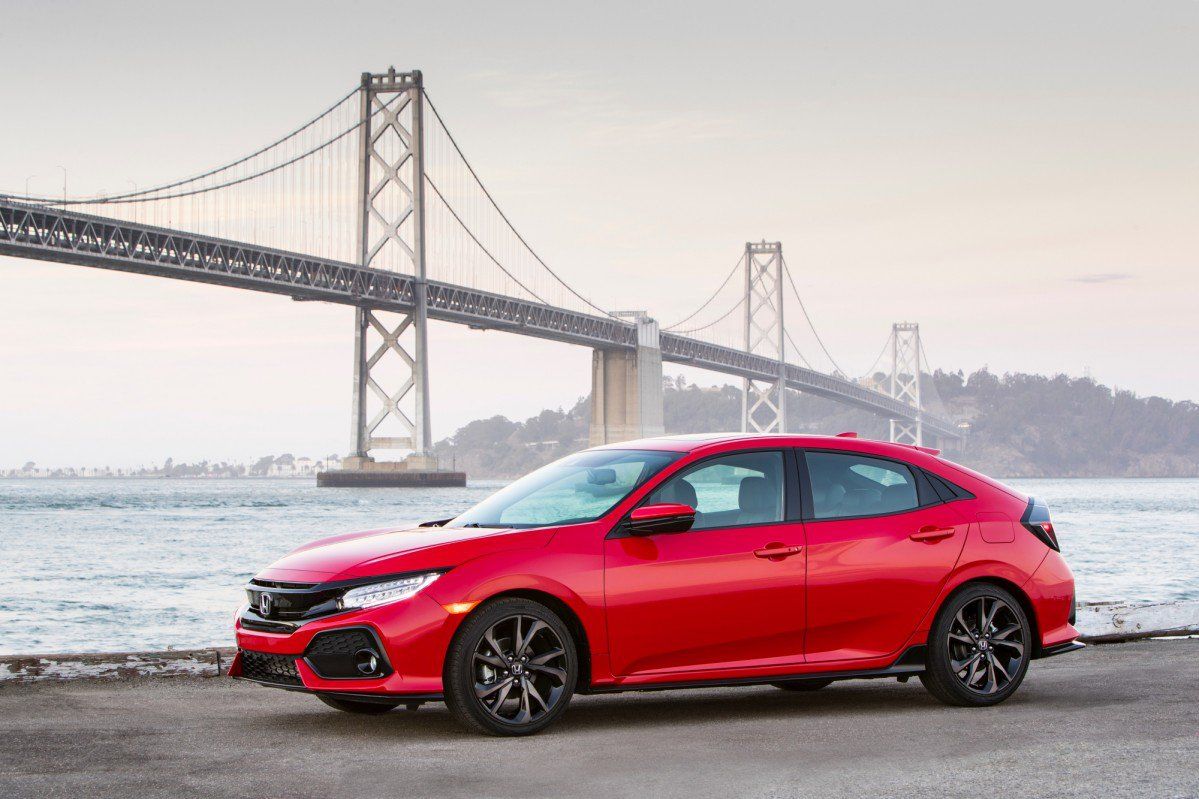 The engine can be mated to either a CVT (all trims) or a 6-speed manual transmission (LX and Sport trims). EPA fuel economy ratings are 31/40/34 mpg (city/highway/combined).

The 2017 Honda Civic Hatchback features a similar interior with the Sedan and Coupe, but is a more practical choice thanks to its cargo capacity of 25.7 cu ft (727.7 liters) — with the rear seats up and loaded up to the ceiling. The Civic hatch also comes with the available Honda Sensing suite of safety and driver-assistive technologies (standard on Sport Touring models). The 2017 Civic Hatchback for the U.S. market is built exclusively in the UK at Honda's Swindon plant.