2017 Honda Civic Sedan lands in Europe with 1.5L turbo only

Following the European launch of the all-new Civic hatchback early this year, Honda is now adding a second body style in the region, the Civic Sedan.

As with the US-spec Civic Sedan, the European model shares the architecture and the looks with the hatch (minus the longer rear end that features a trunk instead of a hatchback cargo area). The compact sedan is wider (46 mm), longer (74 mm), and lower (20 mm) than its predecessor. Honda says the result is a "class-leading" interior space and a 15 percent improvement of the drag coefficient. The redesigned cabin features a lower seating position, new technologies, and improved materials — the same ones found in the hatchback. Behind the 60:40 split-folding rear seats, the Civic can carry 519 liters of cargo — 20.8 percent more than the previous model. Thanks to a low sill and wide boot opening, Honda says broader and longer items can now be loaded. 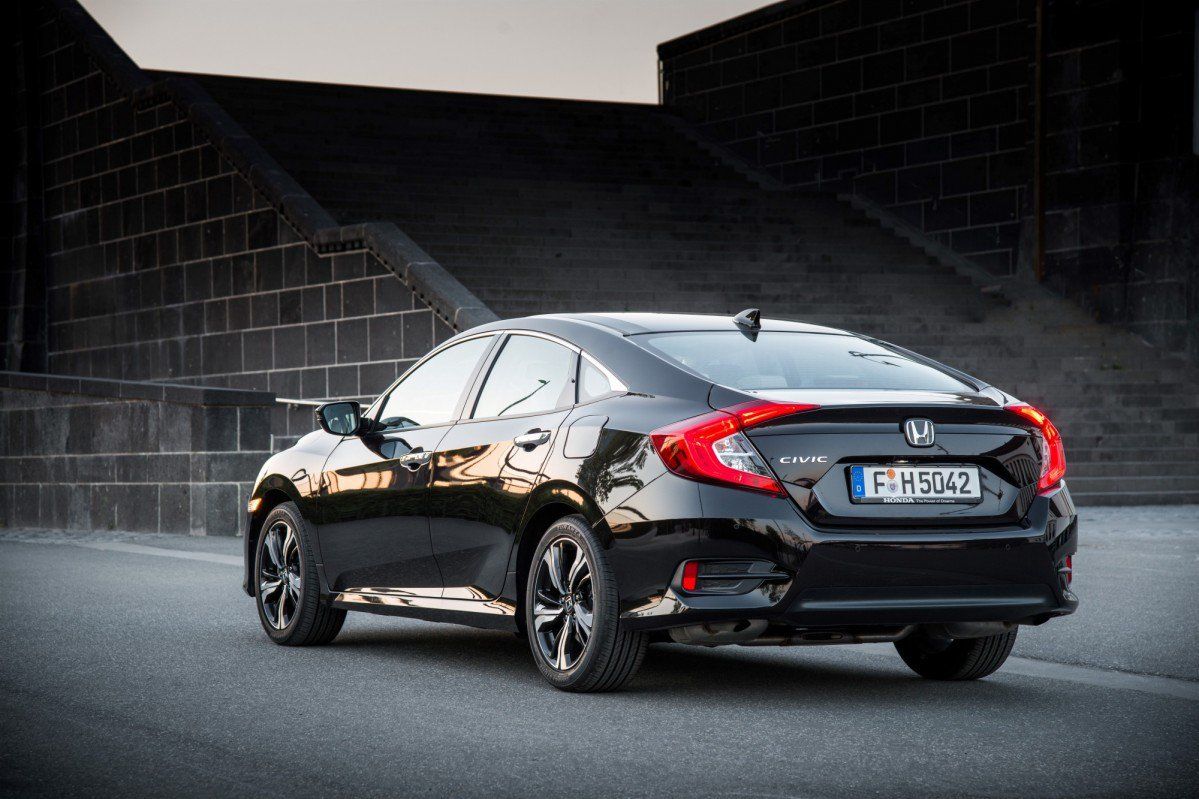 The 1.0-liter turbocharged three-cylinder gasoline engine is not available on the sedan.

Honda claims the new Civic Sedan targets "class-best handling and ride comfort" thanks to an all-new suspension with a rear multi-link set-up, a lower center of gravity and a more rigid chassis.