It's the most powerful Civic one can buy in the U.S. until the Type R arrives

Honda has pulled the wraps off the all-new 2017 Civic Si Coupe and Civic Si Sedan ahead of their formal debut at the New York Auto Show.

Traditionally, the Si (Sport Injected) designation has been used in the U.S. on sporty-flavored Civics, and we're glad to say the new Civic Si carries on the tradition. However, we were expecting a bit more power from the new Civic Si, but Honda has decided to give it the same amount with that of its predecessor: 205 hp. There's a catch, though. The new Civic Si is the first one with a turbocharged engine, a 1.5-liter, directed-injected and turbocharged four-cylinder engine with dual variable cam timing (dual VTC) that delivers more torque at a broader rev range than the previous 2.4-liter naturally aspirated mill. Naturally, drivability stands to gain from that, also thanks to the standard short-throw, six-speed manual transmission. Styling-wise, 2017 Civic Si models can be recognized thanks to the aggressive black "wing" front fascia with larger air intakes, exclusive two-tone 18-inch alloys, a center polygonal exhaust pipe, larger side vents, and a deck lid spoiler. As with its predecessor, the Si Coupe continues to wear a full-width light bar and a massive raised spoiler. 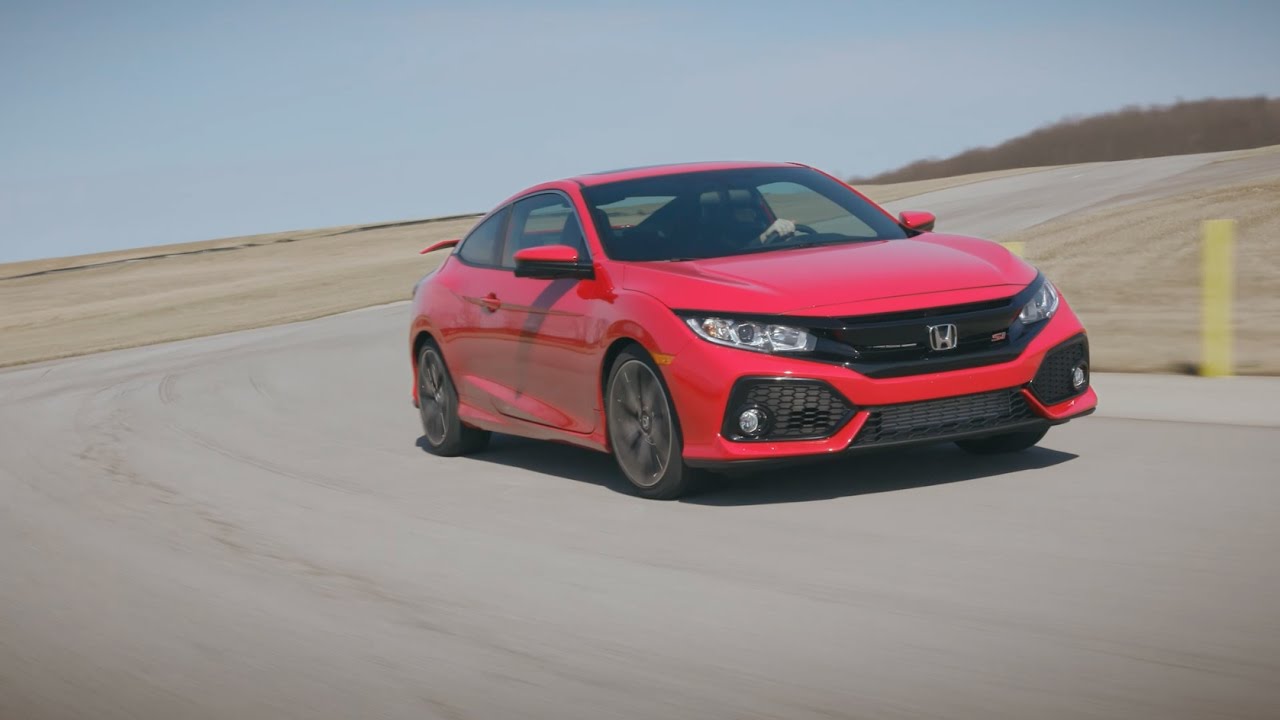