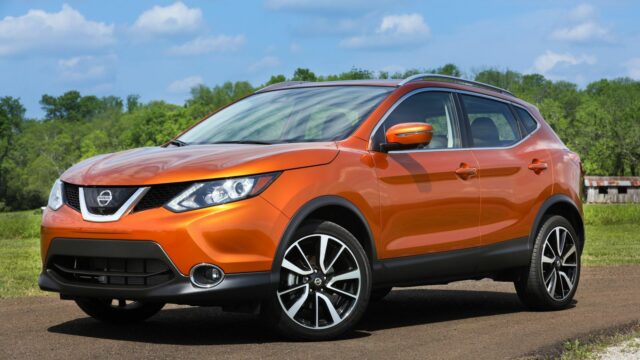 Europe’s favorite compact SUV is now available to buy in the U.S. as well

The 2017 Nissan Rogue Sport is nothing but a Qashqai, but that's a good thing because we're talking about Europe's best-selling compact SUV.

Described by Nissan as "right sized," the 184.5-in long Rogue Sport slots below the Rogue (called X-Trail in Europe) in the automaker's crossover SUV lineup for America. According to Nissan, the Rogue Sport targets young couples and singles that need "the versatility of a crossover and enough space when they need it, while still offering the sporty feel and handling more in line with a small sedan."

It offers five seats and 22.9 cubic feet of cargo space behind the second-row seats, but capacity grows to 61.1 cu-ft with the rear seats folded down. The Rogue Sport is available with a single engine choice, a 141-hp 2.0-liter four-cylinder gasoline engine mated to a Xtronic CVT with Eco Mode switch.

Riding on a four-wheel independent suspension, the 2017 Rogue Sport claims better on-road maneuverability than the average crossover SUV and a fun-to-drive character.