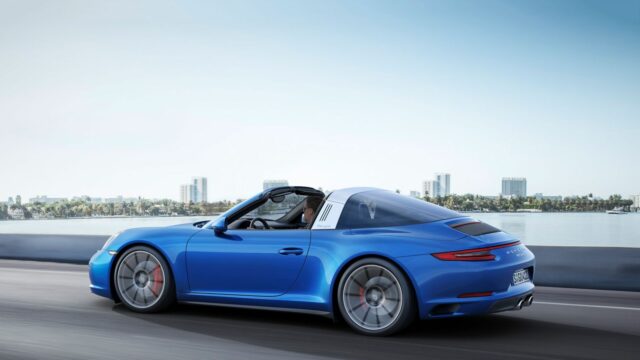 Not much, but better than nothing

Porsche is selectively blowing the wind of (slight) change throughout its portfolio, but the happiest customers will be those ticking the box next to a Porsche 911 S.

The jump is possible via larger turbos, the Sport Chrono pack and a tweaked braking system spiced up by a sports exhaust system with two central tailpipes. From June 2017, the kit will also be available as a retrofit option for models fitted with the Sport Chrono pack.

Elsewhere, all 911 and 718 models get a new color hue called Crayon, but the four-coat paint Saffron Yellow Metallic is only destined for the Neunelfer.

Last but not least, the 911 Targa S is now available in Aetna Blue with a Graphite Blue interior, while the 911 Turbo and Turbo S also get the same Saffron Yellow Metallic like the regular 911.