Skoda has just unveiled the all-new Karoq, a compact SUV that replaces the Yeti in the lineup and acts like a more affordable and more compact alternative to the seven-seat Kodiaq.

Looking at the photos, it's obvious the larger sibling was a source of inspiration for the Karoq's design. The new SUV looks like a shorter Kodiaq, with the only elements that differentiate it being the lights (particularly the C-shaped tail lamps), the narrower third lateral window and the shorter rear quarter panel. 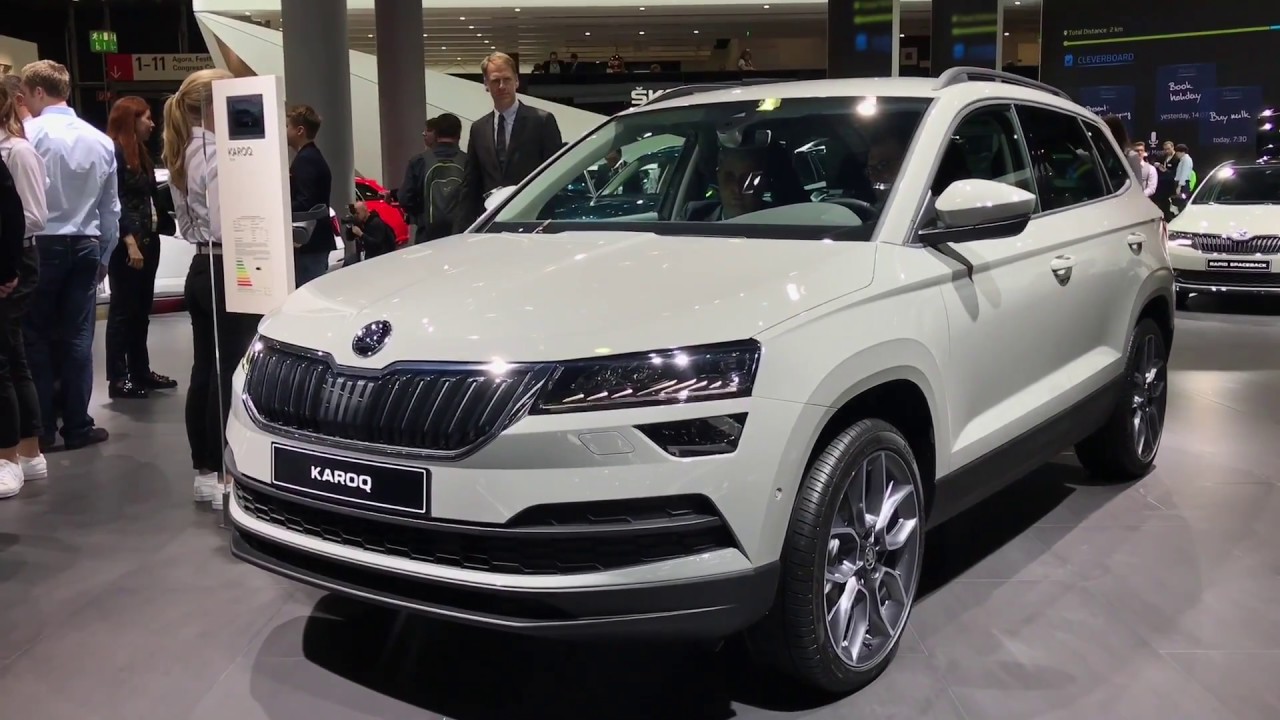 While it's not a bad-looking vehicle, it will no longer stand out in a sea of VW Tiguan, SEAT Ateca, and Skoda Kodiaq SUVs — to mention just VW Group's stable. Now let's talk numbers. The Karoq is 4,382-mm long, 1,841-mm wide, and 1,605-mm high. The wheelbase is 2,638 mm (2,630 mm for the all-wheel-drive version), allowing for a roomier interior than the Yeti's, particularly for rear seat passengers. At 521 liters with all seats in use, luggage space is good for the class. With the rear seats folded down, the volume rises to 1,630 liters. An interesting "simply clever" feature is the optional VarioFlex system consisting of three separate seats that can be individually adjusted and even completely removed — thus freeing up 1,810 liters of cargo capacity. Other practical solutions are the virtual pedal for the hands-free opening of the boot and the folding front passenger seat that allows the Karoq to swallow particularly long items. The engine lineup consists two gasoline (1.0- and 1.5-liter) and three diesel (1.6- and 2.0-liter) units, four of which are new. Outputs range from 115 PS in the 1.0 TSI to 190 PS in the 2.0 TDI. All engines feature a six-speed manual transmission as standard, bar the most powerful diesel which comes exclusively with the seven-speed DSG and all-wheel-drive. The 1.5 TSI is the only engine in the lineup that features cylinder deactivation. The Skoda Karoq will arrive in dealerships in the second half of 2017.