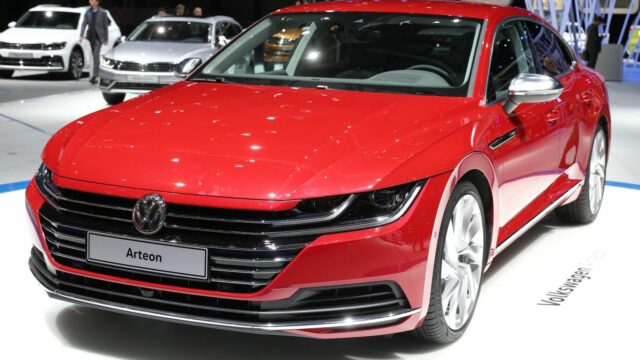 Owning an uber-Passat doesn’t come cheap at all

Before prices were released, you may have been tempted to label it as "the poor man's Audi A5 Sportback." That's not the case, as the VW Arteon starts from €49,325 in Germany (which is the equivalent of around $52,650 at the current exchange rates).

The market will decide whether that's expensive or affordable, but one has to take into consideration the fact that we're talking about one of the range-topping versions, equipped with the 2.0-liter TSI turbocharged gasoline engine rated at 276 hp (280 PS) and offered as standard with the DSG transmission and 4Motion all-wheel-drive system.

Besides the base model, there are two exclusive trim levels to choose from: Elegance and R-Line. The VW Arteon Elegance focuses on comfort, while the R-Line puts sportiness at the top of its priorities. Optional features include a panoramic tilt/slide sunroof, three-zone automatic air conditioning, massage function for the front seats, heated steering wheel, and two-tone nappa leather interior, among other things.

On the tech side, the VW Arteon scores with features such as the Active Info Display (fully digital and programmable instruments), a head-up display, and the new Discover Pro infotainment system with a 9.2-inch glass screen and gesture control.

Positioned above the Passat as a roomier and more luxurious model, the Arteon also offers an array of driver assistance and convenience systems such as Adaptive Cruise Control, Emergency Assist, and Dynamic Cornering Lights with Predictive Beam Control.

European deliveries of the VW Arteon begin in June, but the model will also be sold in the United States from mid-2018, where it may be marketed as the CC.