After a series of progressively undisclosing spy sessions, the all-new 2018 Bentley Continental GT is here in all its splendor.

As one can observe, the EXP 10 Concept Bentley shown us two years ago played a major role in the new model’s design. For those who can’t remember how the EXP 10 Speed 6 concept looked like, here it is: What you see is what you get: a lighter, sleeker 2018 Bentley GT

Now, let’s get back to our new Bentley Grand Tourer and find out what's the story behind its smooth lines. Except for the boot lid, all its exterior panels are made from aluminum — which was sculpted using the Super-Plastic Forming technology seen in the aerospace industry: the metal is heated and then pushed into the mold using air pressure.

The Bentley GT’s core is created using a mix of aluminum and steel, which makes the car lighter and enhances its structural stiffness at the same time. As a result, the 2018 Bentley GT equipped with the W12 unit tips the scales at 2,244 kg (4,947 lb) which means it’s about 80 kilos (170 lb) lighter compared to its predecessor. In the new Continental GT, Bentley announces the introduction of a three-chamber air spring system which increases the range of spring stiffness. As a result, the vehicle’s road behavior will suffer visible changes from one driving mode to another. Speaking of driving modes, the 2018 Conti GT features four different driving modes via the Bentley Drive Dynamics rotary selector: Sport, Comfort, Bentley, and Custom. While the first two have pretty suggestive names, it’s worth explaining that the "Bentley" mode is a blend between Sport and Comfort. The first three have pre-defined settings, with Custom being the means to fine tune your Conti GT after your heart’s will. Any of the above-mentioned driving modes act on the vehicle’s ride height, damping reaction, roll control, torque distribution, engine, and transmission, so you have a lot to play with.

The front suspension is a double wishbone, the rear axle has a multilink design, and the star here is the Bentley Dynamic Ride — a 48-volt electric active roll bar that made its debut on the Bentayga. The vehicle’s front axle was pushed a bit forward. Hence the weight distribution went from 58:42 to 55:45 — the car’s nose is a bit lighter, so it’s not as prone to understeer. Moreover, the car’s all-wheel-drive system is set to send all the power to the rear wheels in normal conditions, engaging the front wheels only when is needed. In normal conditions, up to 38% of the torque is sent towards the front. In Sport mode, however, the figure drops to a mere 17% — enough to help you correct overzealous oversteers.

The 21-, respectively 22-inch wheels hide enormous brake discs — 420-mm at the front, and 380-mm at the rear — so there should be enough brake power if you’ll need to bring the 2.2-ton grand tourer to a complete stop.

Unsurprisingly, the new Conti GT debuts with the mighty W12 TSI, which Bentley claims is the most advanced 12-cylinder engine in the world. Well, for a start, it’s one of the very few of this type. What’s keeping things together in the powertrain department is the ZF-based eight-speed dual clutch transmission mated to the engine via a dual-mass flywheel. It comes with a launch mode, and it uses only the first six gears to reach the maximum speed — the seventh, and the eighth are used for fuel-efficient highway cruising. Speaking of fuel efficiency, the 2018 Bentley Conti GT can shut down half its engine to sip as little fuel as possible: the cylinder deactivation system puts to sleep six out of the twelve cylinders in order to achieve as little as 12.2 l/100 km (23.2 mpg) in the combined cycle. Mhm.

As you’d expect, the new Conti’s interior is yet another exquisite example of British craftsmanship. Bentley claims that “key interior components are specified to a tolerance of just 0.1 mm,” which sounds impressive although we don’t quite understand what it means.  But as much as we can see via the official pictures, everything looks pretty much perfect in there. The seats have a 12-way adjustability (or even 20, if you go for the extras) and feature active bolsters that give you lateral support in corners. And because it’s all about keeping things (and humans) in perfect form all the time, the pneumatic lateral support is doing its job without creasing the “diamond-in-diamond” leather upholstery — a thing engineers had to have in mind, among other stuff. The instrument panel is now fully digital — yes, it’s the same 12.3-inch cockpit you find Audis — which is, you know, great. And although there are a lot of eye candy bits in the Conti’s cabin, nothing can take our eyes off the three-sided “information unit” mounted in the dashboard. Just look at it!

It switches between the 12.3-inch infotainment screen, a set of three analog gauges (outside air temperature, compass, chronometer), and a “book-matched piece of veneer.”

Other tech bits: safety, and aural pleasure in the 2018 Conti GT

As expected, the new Continental GT comes with pretty much everything Audi has to offer in the tech & safety department, from the all-LED headlights to Autonomous Cruise Control, intelligent Heating, Ventilation and Air Conditioning, and safety nannies such as Traffic Sign Recognition, City Safeguard, or Park Assist. A night-vision system is also available. With all this technology looking at things for you, it’s more facile to take your mind off thing from time to time and listen to music. The 2018 Conti GT comes with a 650 W 10-speaker system as standard, which we’re pretty sure it sounds amazing. However, if you want to take it up a notch, there’s a 16-speaker, 1,500 W Bang & Olufsen available for you. And, for those for whom “taking your mind off” also means “bleeding through your ears from joy,” an 18-speaker, 2,200 W concert hall is at your service. We’ve told all there is about the new Bentley Continental GT, now we’ll let you enjoy the video presentations below, and the photo gallery above — not before telling us what you like the most, and the least at this elegant grand tourer. 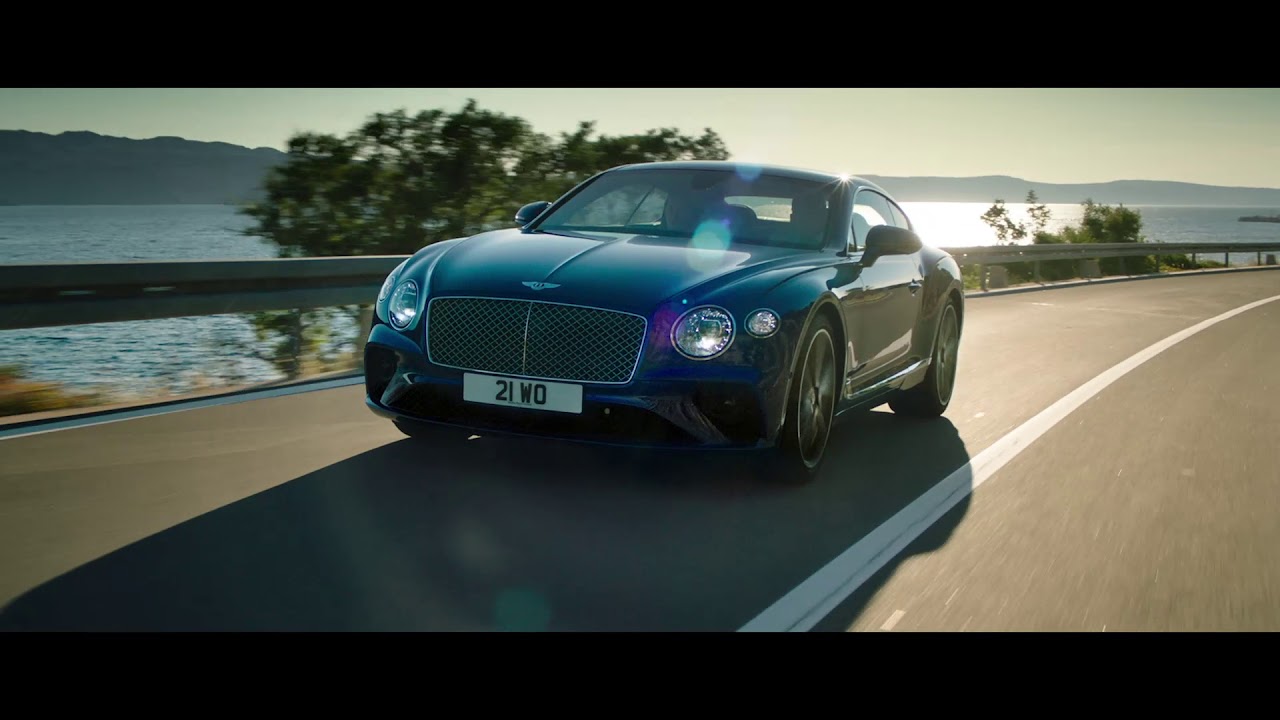 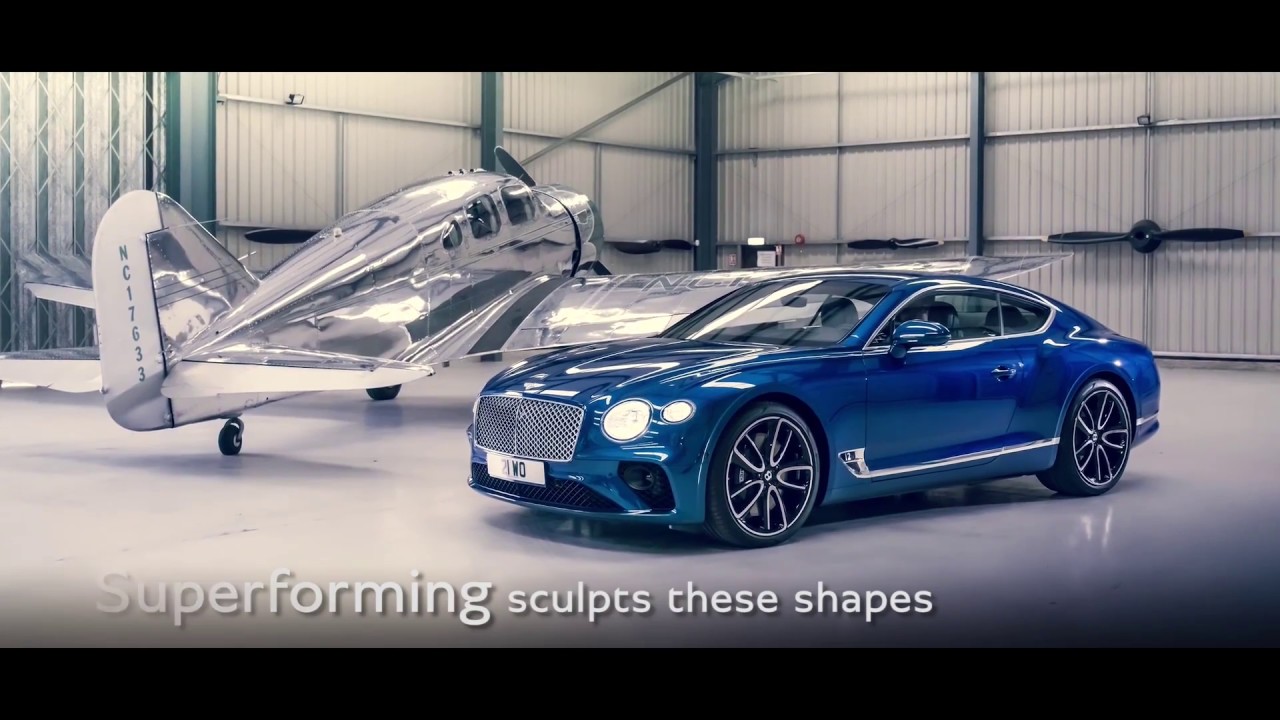