2018 BMW X2 officially debuts as a sportier, more stylish alternative to the X1

The first-ever BMW X2 adds driving pleasure, equipment, and style on top of what the X1 was already offering

It might not come as a surprise given the leaked photos we've shown you earlier today, but here we go: BMW's first ever X2 has officially debuted.

Sharing the UKL2 FWD/AWD platform with the X1, the new model offers the option of a sporty suspension setup to bring what BMW calls "previously uncharted levels of driving pleasure to this vehicle segment." Arriving in European markets in March 2018, the all-new BMW X2 targets young audiences, particularly customers who live in urban areas. That's reflected in the styling as well, as the X2 sports a more dynamic appearance — the automaker even goes as far as saying the profile combines the rugged look of a BMW X model with the sporting grace of a coupe. We'll let you decide if that's the case, but until then some design details are worth noting, such as the squared-off look of the wheel arches, the striking tailpipes and muscular side skirts, a new shape for the kidney grilles, and the BMW roundels on the C-pillars. The latter design cue is a reference to classic coupés such as the 2000 CS and 3.0 CSL — don't you feel BMW is stretching the coupé comparison too much? There's not much to talk about regarding the interior, as the X2 features the same dashboard of the X1. A welcome update is the sleeker and more discrete gearshift lever compared to that from the F48 X1. Obviously, the X2 also offers more equipment and better-quality materials than its more utilitarian sibling — particularly on M Sport and M Sport X grades.

And so we get to the engine lineup, which includes three 2.0-liter units at launch: the 192-hp sDrive20i gasoline power plant, the 190-hp xDrive20d diesel, and the 231-hp xDrive25d oil burner. Later on, BMW will add new engines, with outputs ranging from 140 hp to 192 hp: the three-cylinder sDrive18i, as well as the four-cylinder xDrive20i, sDrive18d, and xDrive18d. M Sport and M Sport X trim levels come fitted as standard with the M Sport suspension with stiffer springs and dampers plus a lowered ride height — for the base model the equipment is optional.

As you can imagine, the options list is quite long and includes, among other things, Dynamic Damper Control, full-color BMW Head-Up Display, Driving Assistant Plus package with Traffic Jam Assistant, and Parking Assistant. 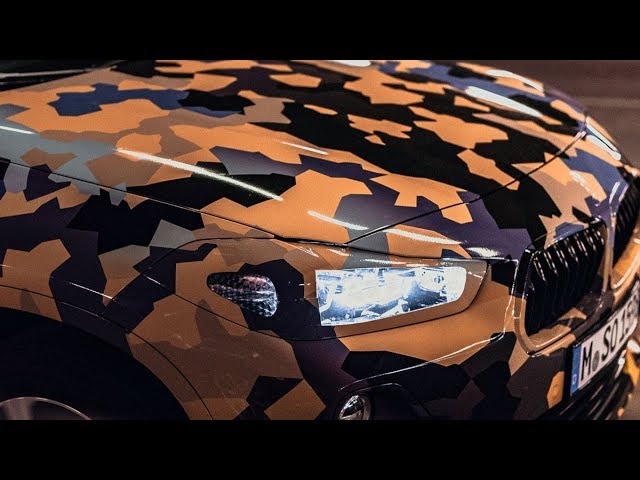