The sound palette goes from zero to hero

The revised 2018 Ford Mustang is still waiting to see the first deliveries pouring in, but a somewhat lucky catch lets us hear the V8's four exhaust modes.

According to the video description, the facelifted Mustang GT in question was driven by the head of Ford North America's PR department.

How do we know it's the revised 'Stang? First of all, the body color called Orange Fury is new for the facelifted model. Furthermore, the rear wing, rear and front bumpers and taillights design is the same as shown by FoMoCo in official pictures of the 2018 Ford Mustang GT.

But the real goodies are the Drag Strip mode and the four exhaust settings briefly displayed in the video below.

In Quiet Mode - you know, the one that maintains a good relationship between you and the neighbors - the exhaust sound resembles a whisper. But as you work your way up through the modes, the V8 begins to show its vocal potential. 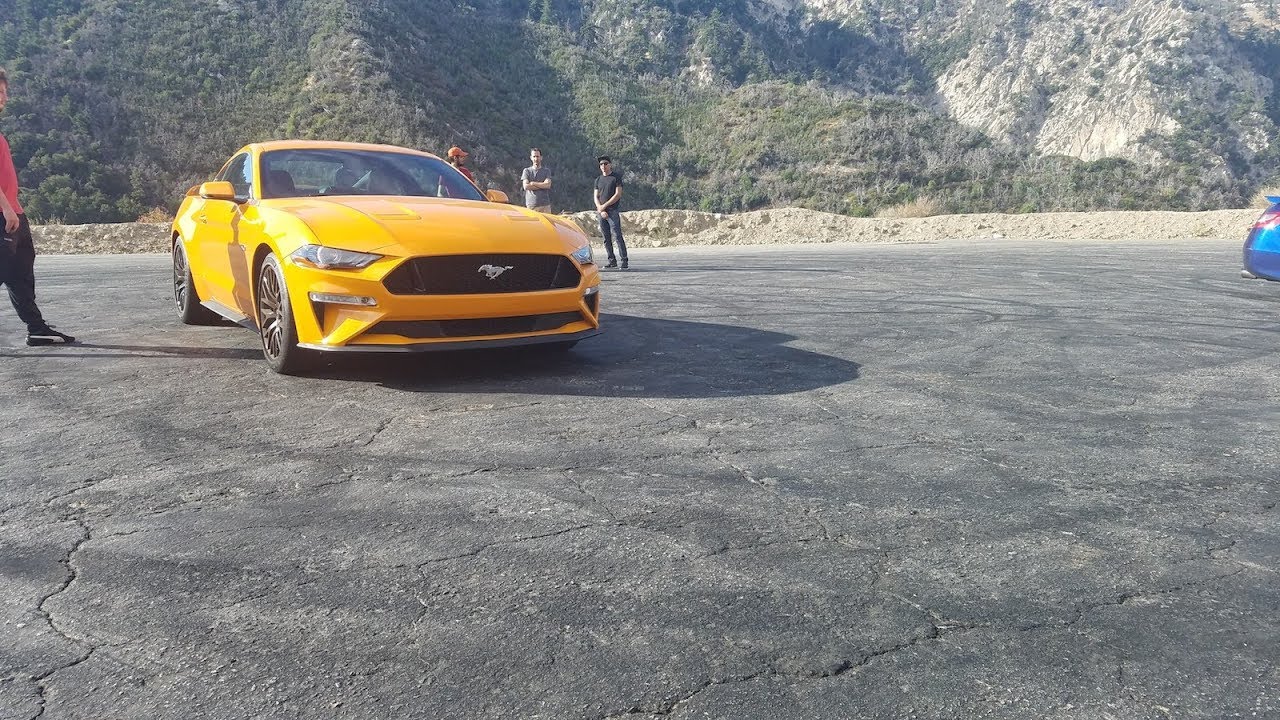 We drove both the pre-facelift 2015 Mustang GT and the 2015 EcoBoost version, so feel free to check out the reviews.