The 2018 model year marks the introduction of an all-new Honda Accord in North America, and there's plenty to talk about.

Let's start with the styling, where the 2018 Accord marks a significant departure from its predecessor by adopting Honda's latest design language. It's still a sedan, but it gains a third lateral window on each side, the new chrome wing front grille, as well as redesigned headlamps (available with full-LEDs) and LED taillights — coincidence or not, they all remind of the Clarity family. The new design hides a longer wheelbase (+2.16 inches), a lower height (-0.59 inches), a slightly wider body (+0.39 inches), and a shortened overall length (-0.39 inches). As a result of all these changes, the 2018 Accord's visual center of gravity now moves closer to the rear wheels, the center of gravity descends by 10 mm, and aerodynamic efficiency is improved by about 3 percent. More importantly, rear passengers gain almost two extra inches of legroom, thanks to the increased wheelbase and the fact that the second-row seats have been moved rearward. Furthermore, overall passenger volume is said to increase by 2.5 cu-ft to 105.7 cu-ft. As for the trunk, it has grown by nearly one cu-ft on the 1.5L and 2.0L Accords and by 3.2 cu-ft on the Accord Hybrid to a total of 16.7 cu-ft. Changes to the interior design are less dramatic than the exterior. The 2018 Accord gains rearranged controls and switches on the dashboard, a new soft-touch instrument panel cover, a different steering wheel with deep-set thumb rests and available paddle shifters, new seats with taller shoulder bolstering and improved lateral support, as well as longer, wider, and more deeply padded armrests. The cabin also features an all-new infotainment system consisting of a 7-inch TFT driver's meter and a new 8-inch Display Audio touchscreen interface. The 2018 Accord will also offer the next generation of HondaLink telematics, as well as a new 6-inch Head Up Display, wireless device charging, and more.

Under the hood, the all-new Accord offers a choice of two turbocharged gasoline engines and a two-motor hybrid. Replacing the 2.4-liter naturally aspirated four-cylinder engine of the previous Accord is a 1.5-liter turbo-four rated at 192 hp and 192 lb-ft (260 Nm) of torque, mated to either a new CVT or a six-speed manual transmission.

A more potent alternative is a 2.0-liter turbocharged four-cylinder unit rated at 252 hp and 273 lb-ft (370 Nm) of torque. Replacing the previously-available 3.5-liter V6 the new engine is mated to either a 10-speed automatic transmission or a six-speed manual.

Finally, an Accord Hybrid will also be available, powered by the third-generation of Honda's two-motor hybrid technology. The system will pair a 2.0-liter Atkinson cycle engine with two electric motors without the need for a conventional automatic transmission. The 2018 Accord Hybrid will also pack a more compact intelligent power unit (IPU) containing the hybrid battery pack and its control systems, mounted under the rear floor. Thanks to the extensive use of ultra-high-strength steel, the 2018 Accord is lighter by 110 to 176 lb (49.9-79.8 kg) compared to its predecessor, while torsional and bending rigidity is improved 32 and 24 percent, respectively, contributing to better ride quality, cabin quietness, and dynamic performance.

All models will come equipped with the Honda Sensing suite of advanced safety and driver-assistive technology as standard. Fuel economy and performance specs will be announced closer to the model's debut this fall. 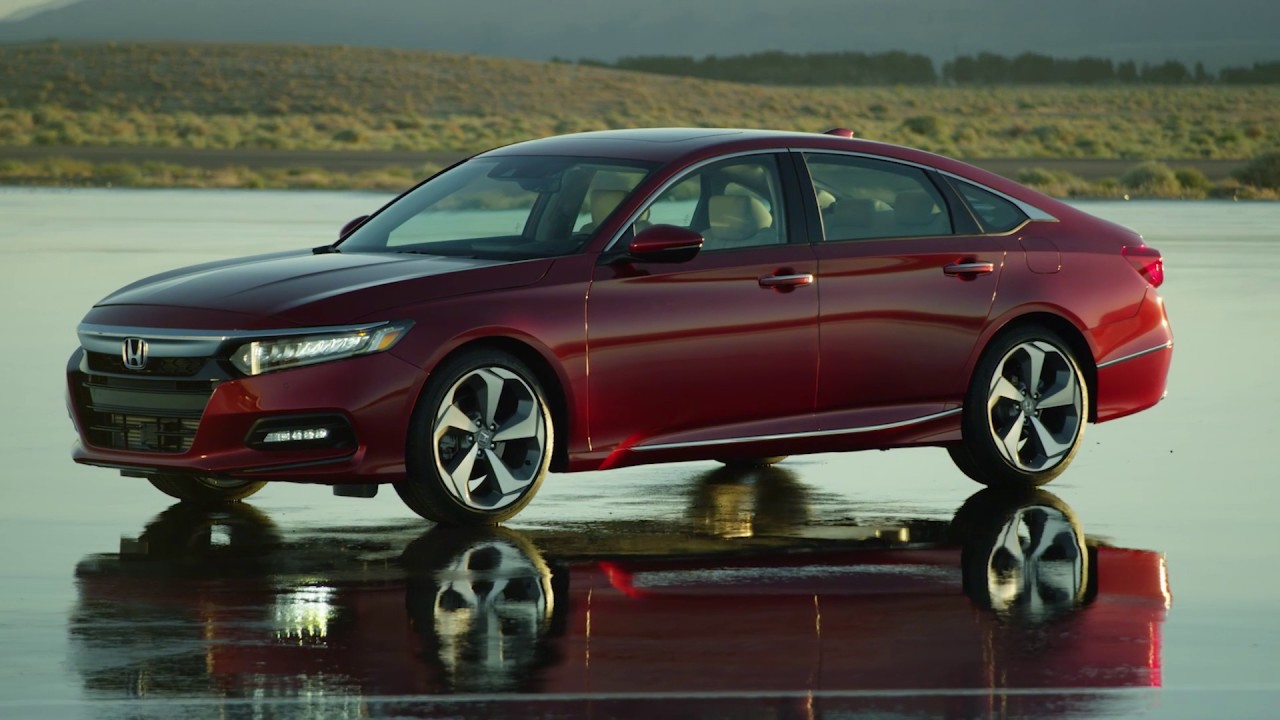