The 2018 Honda Accord Hybrid will arrive in U.S. dealerships from March 23 as the automaker's latest electrified vehicle that gets the new two-motor hybrid powertrain. Despite being based on an all-new platform and packing more sophisticated technology, the 2018 Accord Hybrid is significantly cheaper than its predecessor.

The starting MSRP is $25,100 (excluding $890 destination), which accounts for a $4,505 drop compared to the previous-generation model. The 2018 Honda Accord Hybrid is powered by the third generation of the company's two-motor hybrid powertrain that pairs a 2.0-liter i-VTEC Atkinson-cycle four-cylinder gasoline unit with 40-percent thermal efficiency to an electric motor that delivers 232 lb-ft (315 Nm) of torque for a total system output of 212 horsepower. There's also a second electric motor that works as a generator. 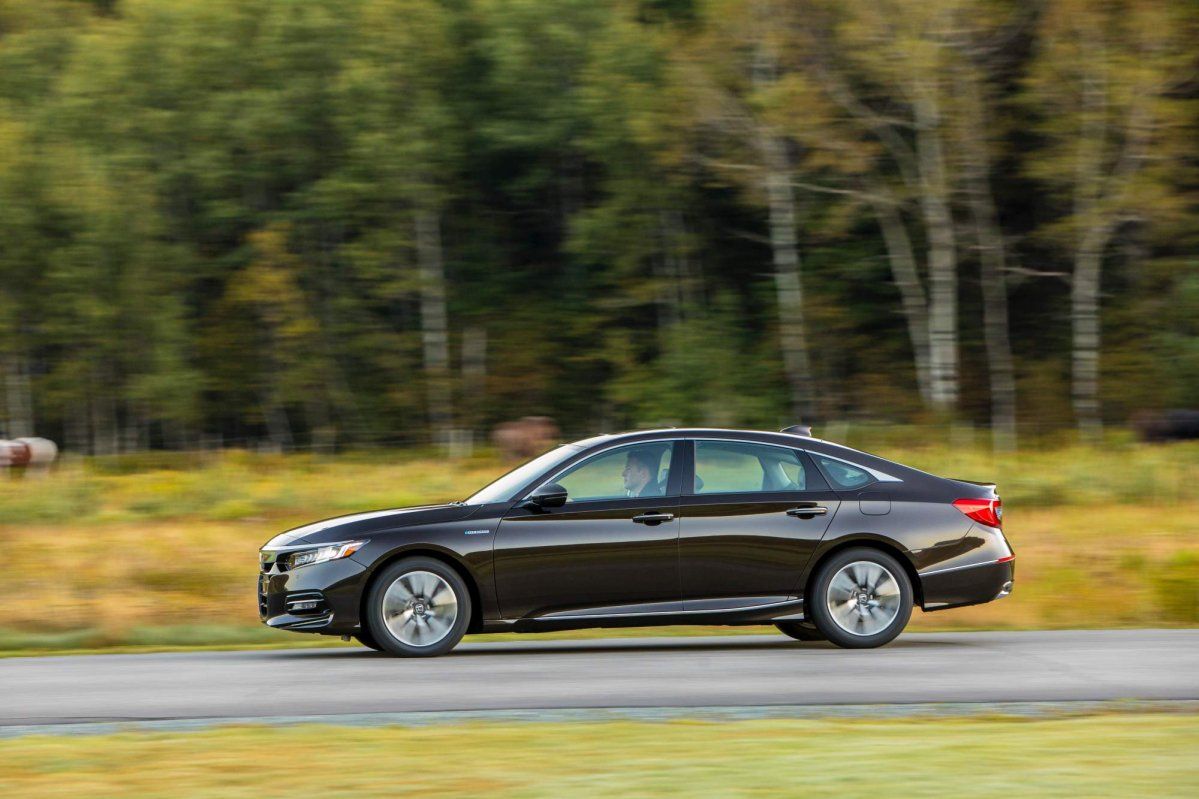 As with the previous Accord Hybrid, the 2018 model's two-motor system operates without the need for a conventional automatic transmission. The powertrain operates by shifting between three distinct drive operations: EV Drive (all-electric), Hybrid Drive (electric motor and gasoline engine driving the generator motor), and Engine Drive (gasoline engine), utilizing power from the ICE and electric motors. 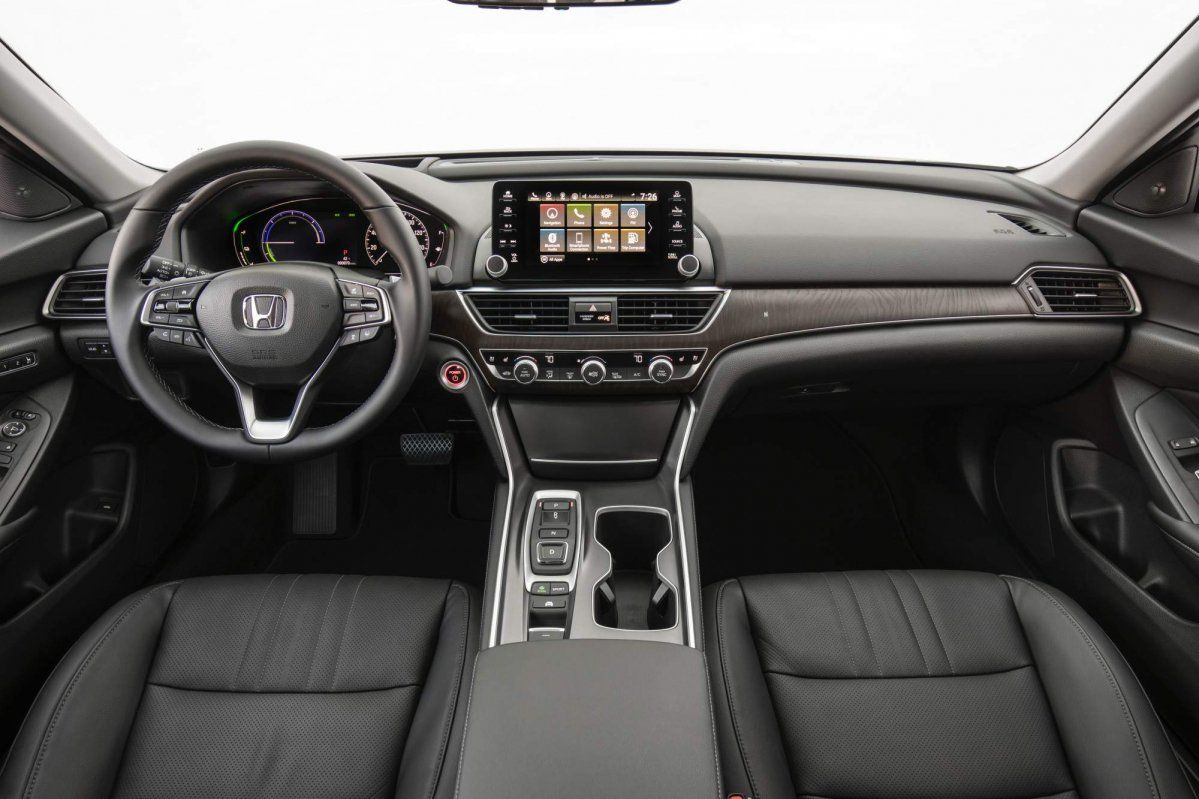 The 2018 Honda Accord Hybrid features a 32-percent smaller intelligent power unit (IPU) that is now mounted under the rear floor instead of in the trunk. As a result, the sedan features a 60/40-split rear seat and provides the same passenger and cargo space as conventional Accord models. 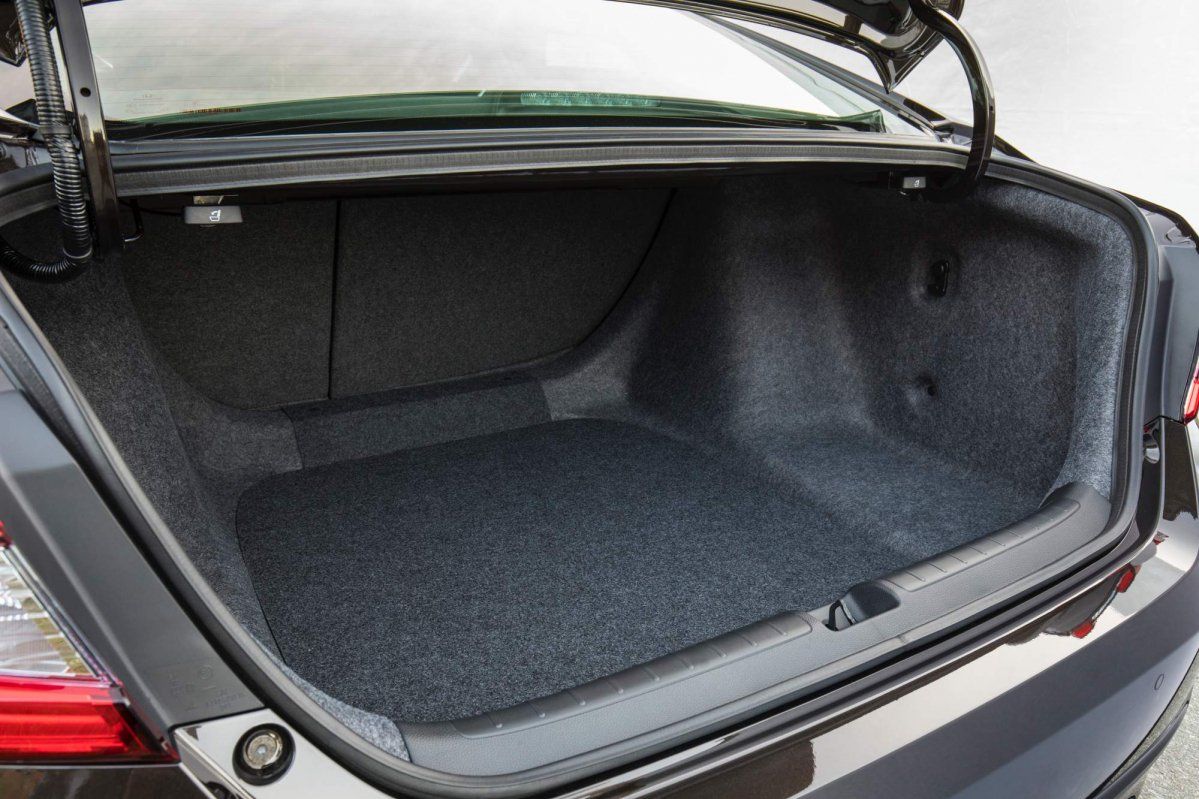