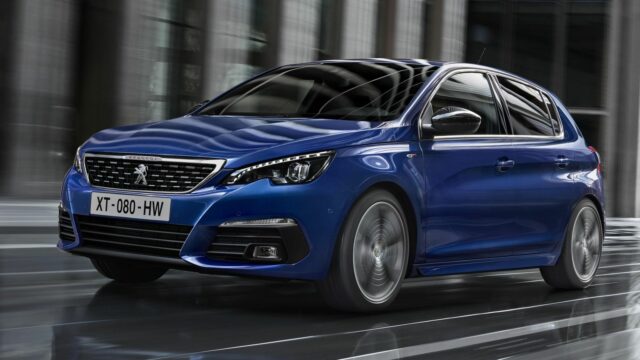 Looks-wise, there wasn’t much to correct about Peugeot’s best-selling model

Less than four years after its launch, the second-generation Peugeot 308 sees its first major update aimed at keeping it fresh for another three or four years until a successor arrives.

If you've taken a peek at the opening photo, you know you must not expect big styling changes. Peugeot says the updated 308 features a redesigned grille in line with the brand's latest models (the 3008 and 5008), a sleeker bonnet, and headlamp-integrated LED light signature on all trim levels (Access, Active, Allure, GT Line, GT, and GTi). Also noticeable is the refreshed front bumper with three larger air intakes.

Inside, the 308 gets the latest version of the Peugeot i-Cockpit, with the infotainment system boasting a capacitive touchscreen with new graphics, connected 3D satellite navigation, and quicker responses. The 308 also gains all the driver assistance systems found on the new 3008 crossover.

The engine lineup is updated with a new BlueHDi 130 S&S four-cylinder diesel unit which comes with at-source and at-exhaust emission control. According to Peugeot, combustion efficiency is improved by a patented combustion chamber design that proved itself at the Le Mans 24 Hours race. The engine also features the SCR (Selective Catalytic Reduction) pollution control system.

Also new is the eight-speed automatic transmission offered with the BlueHDi 180 S&S engine that's exclusive to the 308 GT. First introduced on the DS 7 Crossback, the EAT8 automatic gearbox has been developed by PSA Group together with Aisin and is said to offer smooth and linear changes.

The three-cylinder PureTech 130 S&S gasoline engine has also been upgraded with at-source and at-exhaust emission control and is now matched to a new six-speed manual gearbox.

The facelifted Peugeot 308 family will debut at the Frankfurt Motor Show in September.