We finally learn what it's capable of and we're quite pleased

Toyota may have lifted the veils off the Yaris GRMN earlier this year at the Geneva Motor Show, but it's only now, in Frankfurt, that the automaker has given us what we were waiting for: the final performance specs. Since the Geneva debut, the automaker has continued fine-tuning the car's performance and handling at a test center close to the Nürburgring circuit in Germany — where most of the development has taken place.

By the looks of it, we're in for quite a treat with the Yaris GRMN. And even if its name may sound strange (GRMN stands for "Gazoo Racing tuned by the Meister of the Nürburgring") it sends the message that this is a hot hatch a honed on the world's most challenging track. 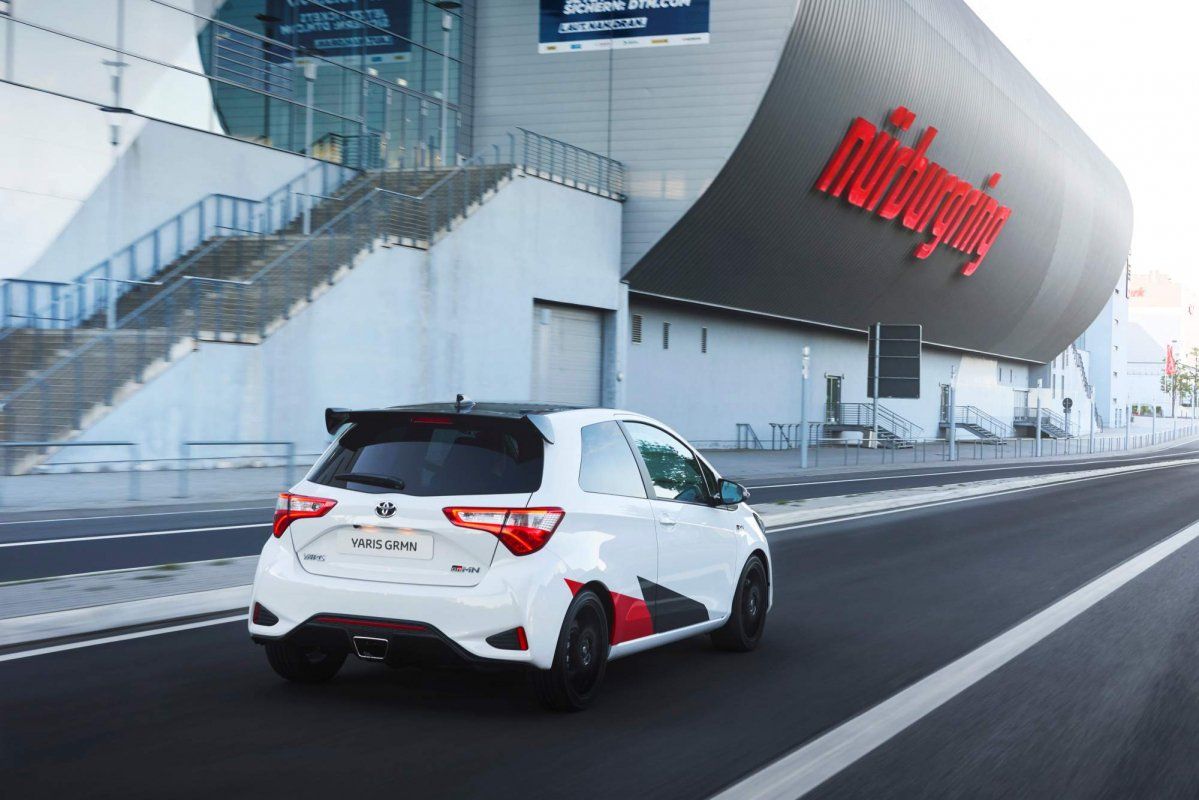 Inspired by the Yaris WRC rally car, the Yaris GRMN is powered by a 1.8-liter supercharged four-cylinder engine that makes 212 hp at 6,800 rpm and a peak torque of 250 Nm (184 lb-ft) at 5,000 rpm. The engine works with a six-speed manual transmission that drives the front wheels and facilitates a 0 to 100 km/h sprint in around 6.3 seconds and an electronically limited top speed of 230 km/h (143 mph) — why limit it, Toyota? 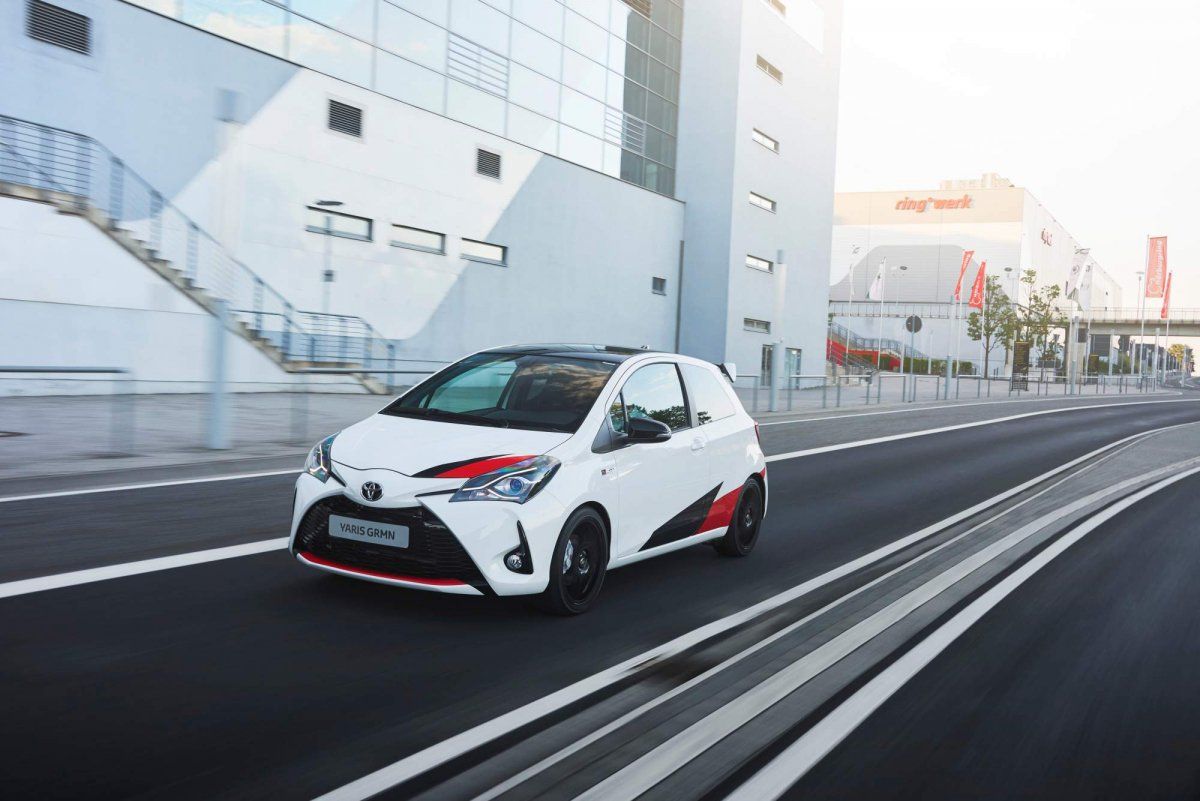 Toyota says that installing the Magnusson Eaton supercharger was quite a challenge because of the limited space in the engine bay. As a result, the supercharger, cooling, and air intake are packaged together in a single stacked unit. 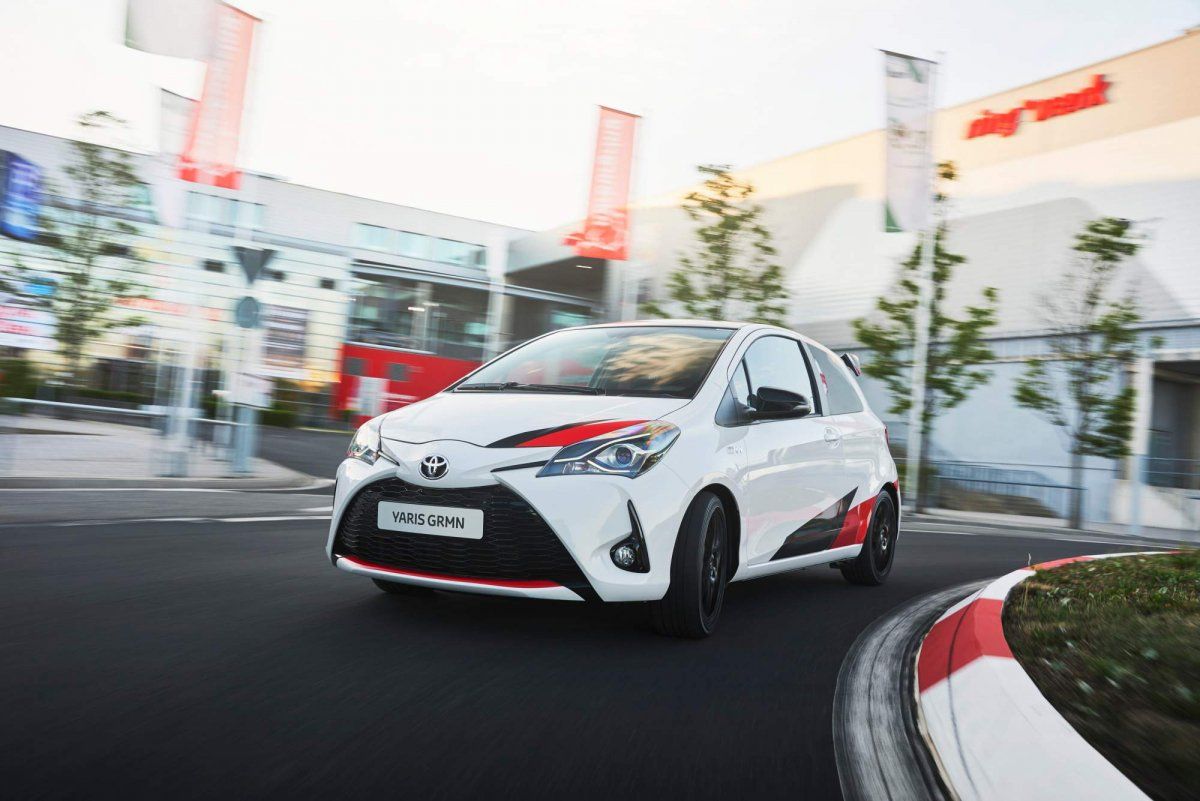 To carry higher speeds through corners, Toyota has fitted the hot hatch with a Torsen limited-slip differential, while chassis stiffness is enhanced courtesy of a lateral bar across the engine bay.

The suspension is 24-mm lower than the standard Yaris due to shorter springs, and the car also features performance shock absorbers (developed with Sachs), and a larger diameter (26 mm) front anti-roll bar. The setup of the suspension is a development of the Yaris' front MacPherson strut and rear torsion beam design. 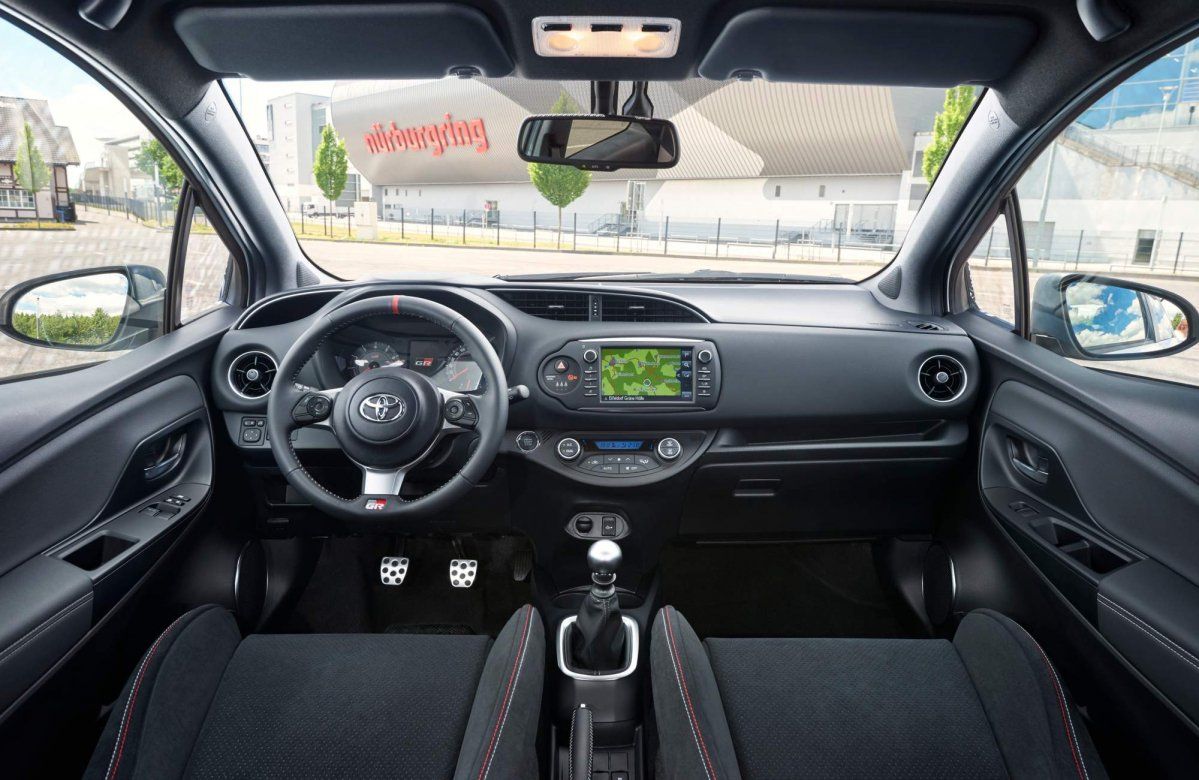 Inside, passengers get front sports seats, smaller steering wheel sourced from the GT86, aluminum pedals and trim, as well as unique instrument panel with TFT display.

The Yaris GRMN will enter production at the end of the year at Toyota's Valenciennes plant in France, with only 400 examples to be made available to European customers (including both right and left-hand drive models). Prices start at €29,900 in Germany.

If you like Japanese hot hatches but aren't willing to pay that kind of money for a limited-edition Yaris GRMN, the 2018 Suzuki Swift Sport may be a more attractive proposition.