It's also a battle of near premium vs premium

With the facelift received in 2017, the VW Golf has gone upscale more than ever before, making a well-accessorized model quite difficult to separate from premium rivals. The only premium model from VW Group's stable is the Audi A3, making it a competitor for a well-equipped Golf.

Carwow's Mat Watson wanted to see how the facelifted Golf stacks up against the A3 so he pitted two similarly priced models against each other. While they share the same version of the MQB platform and most of the engines, there are some differences between the two cars, most of which are linked to the A3's premium status. The Audi features better quality materials inside and thus feels more expensive too — which it is, after all.

Practicality-wise, there's little to set them apart, with both the Golf and A3 featuring similar boot capacities and interior space. The same goes for how the cars are like to drive. However, it's in the pricing department that the Golf scores big against the A3. For example, a UK-spec Golf with a 130-hp 1.5-liter TSI four-cylinder engine is around £1,500 cheaper than an A3 with a 120-hp 1.0-liter TSI three-cylinder unit. But is that enough to make it the better car? Watch the video comparison to find out. 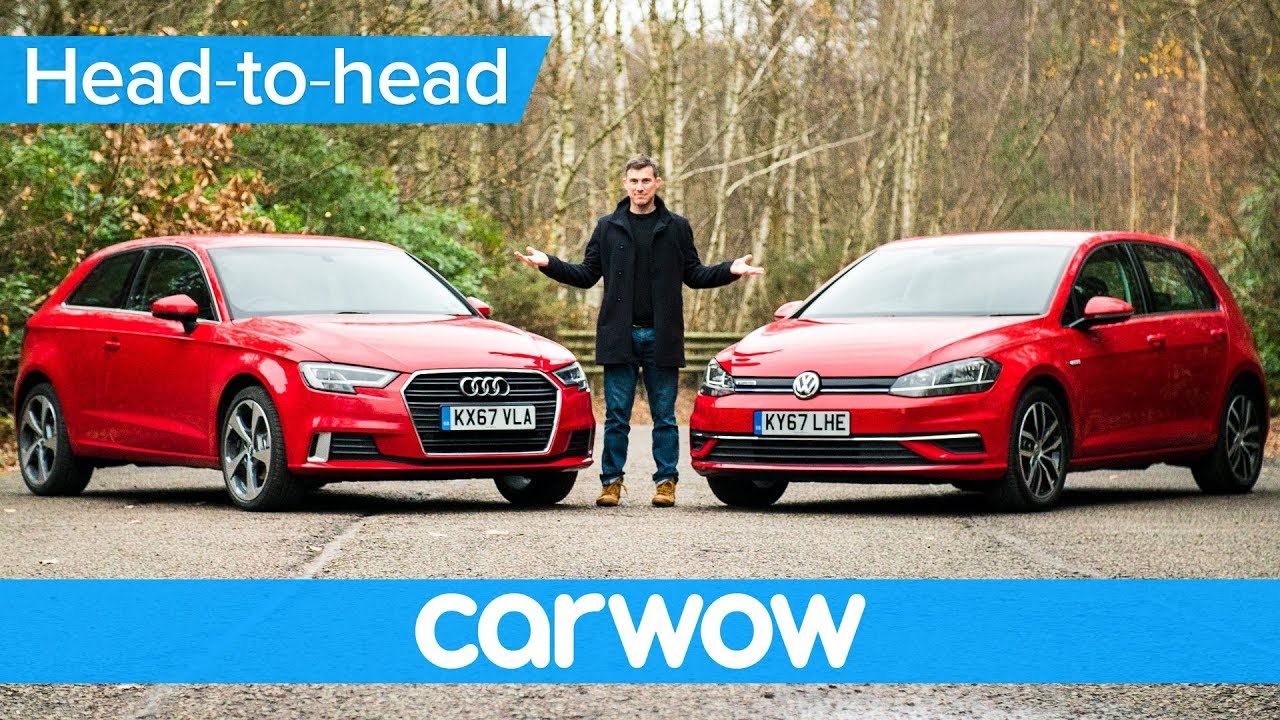 See a detailed comparison of the two cars in our "Compare Cars" section.

Also, check out our review of the facelifted VW Golf in 1.6 TDI Comfortline DSG guise.