Ladies and gentlemen, we have new official information about Audi’s first all-electric production SUV, the e-tron.

The automaker has announced that its upcoming full-size utility vehicle boasts a maximum system output of up to 300 kW (408 metric horsepower) in boost mode, allowing it to cover the 0 to 100 km/h sprint in less than 6 seconds and reach an electronically limited top speed of 200 km/h (124 mph). The Audi e-tron’s performance is combined with a driving range of more than 400 km (248 miles) in the WLTP test cycle. There are many factors that contribute to the long range, and the innovative recuperation concept is among the most important. Audi exemplified how the energy recuperation system works at Pikes Peak, where each kilometer downhill brings around an additional kilometer in range. Over a 31-km (19-mile) downhill drive, the electric SUV feeds so much energy back to the battery that it can cover approximately the same distance again. The Audi e-tron prototype recuperates energy with up to 300 Nm of torque (221 lb-ft) and 220 kW (299 hp) of electric power, which is more than 70 percent of its operating energy input. 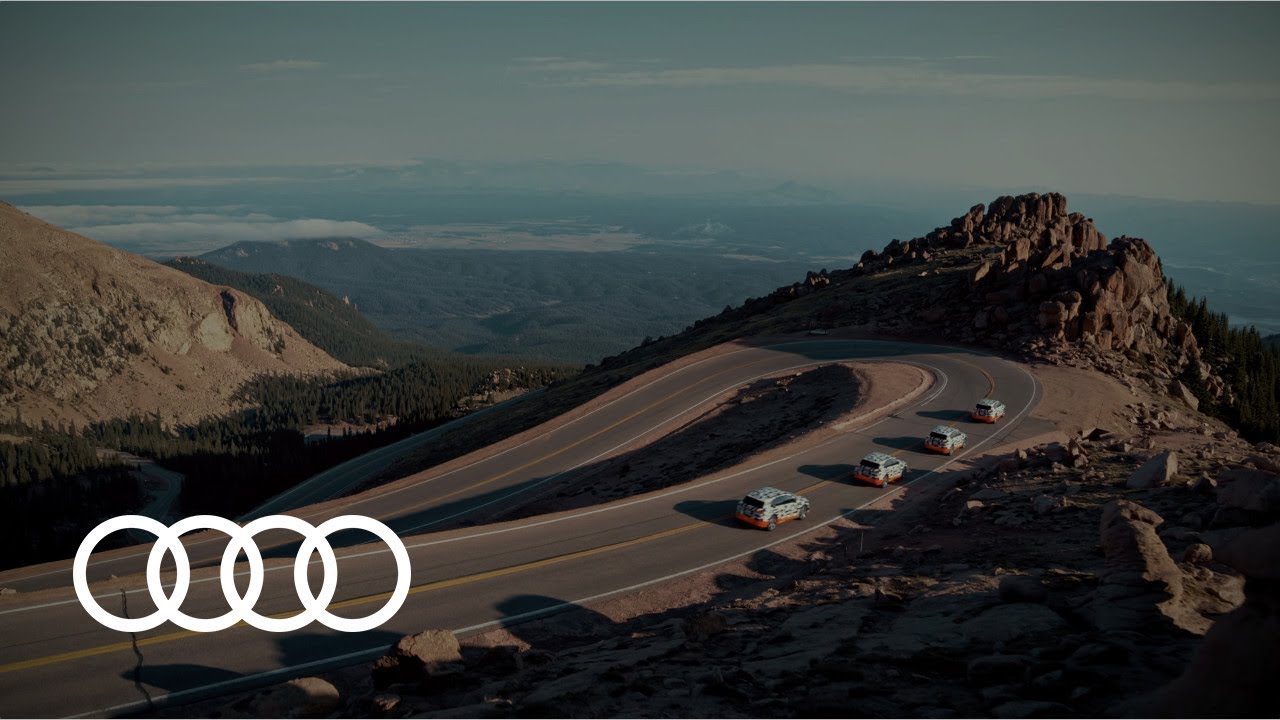