2019 Ford Focus ST shows itself for the first time

UPDATE: we caught it undisguised and towing a trailer!

With the regular all-new Focus out in the open since April, it was time for Ford to focus on the ST-badged performance variants.

The upcoming Focus ST is currently testing in the US and our spy in Colorado caught the first camo-free Ford Focus ST while towing a 3500lb trailer. The front is aggressive enough, while the back sports a double exhaust as a badge of its sportiness. Previously, our spy photographers caught it wearing not that much camo during a Nürburgring Nordschleife test run. 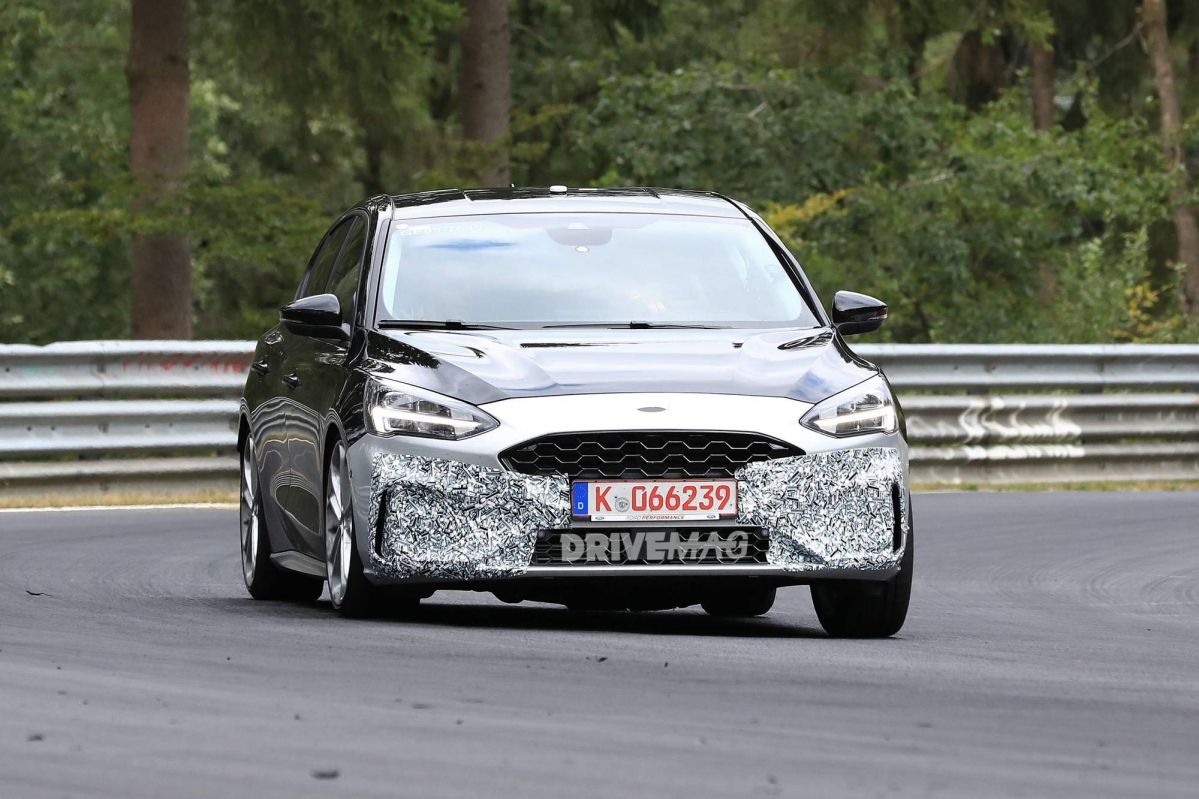 The more aggressive bumpers, lower ride height, and bigger wheels go together quite nicely with the new Focus’ muscular bodywork. Speaking of muscle, the all-new Focus ST is expected to offer up to 275 horsepower.

It will continue to offer two fuel flavors for customers (gasoline and diesel), with the former model rumored to feature a 1.5-liter turbocharged four-cylinder unit replacing the current model’s 2.0-liter engine. However, that is not confirmed and the Focus ST might as well carry on with the 2.0-liter engine. Either way, expect twin-scroll turbocharging, direct injection and cylinder deactivation technology to be a part of the equation. The diesel-powered Focus ST accounts for half of Focus ST sales so it goes without saying that it will continue. The model will most likely gain the new 2.0-liter EcoBlue engine with an output of around 190-200 hp. The Ford Focus ST will go on sale soon after the regular Focus arrives on the market later this year. As before, it will be available in five-door hatchback or estate body styles and will serve as the Focus flagship until Ford rolls out a more extreme RS model somewhere along the line.