In 1967, Ford USA decided to retire from sports car racing, but its cars remained competitive, and due to the involvement of Grady Davis, vice-president of Gulf Oil Corporation, three GT40s entered into competitions under the J.W. Automotive Engineering racing team's flag. These were known as Mirages, becoming a legend especially in 1968 and 1969, when one (heavily modified) GT40, chassis No. 1075, managed to win the famous Le Mans, dominating the competition. The initial colors were named Gulf Powder Blue (code #P030-8013), and Marigold Orange (code #P030-3393), and these are the ones that Ford wants to revive today on its GT, under the name of Heritage Blue and Heritage Orange. They will be available for a limited run of two years, with optional exposed carbon fiber accents featuring No. 9 graphics for 2019 and No. 6 graphics for 2020. 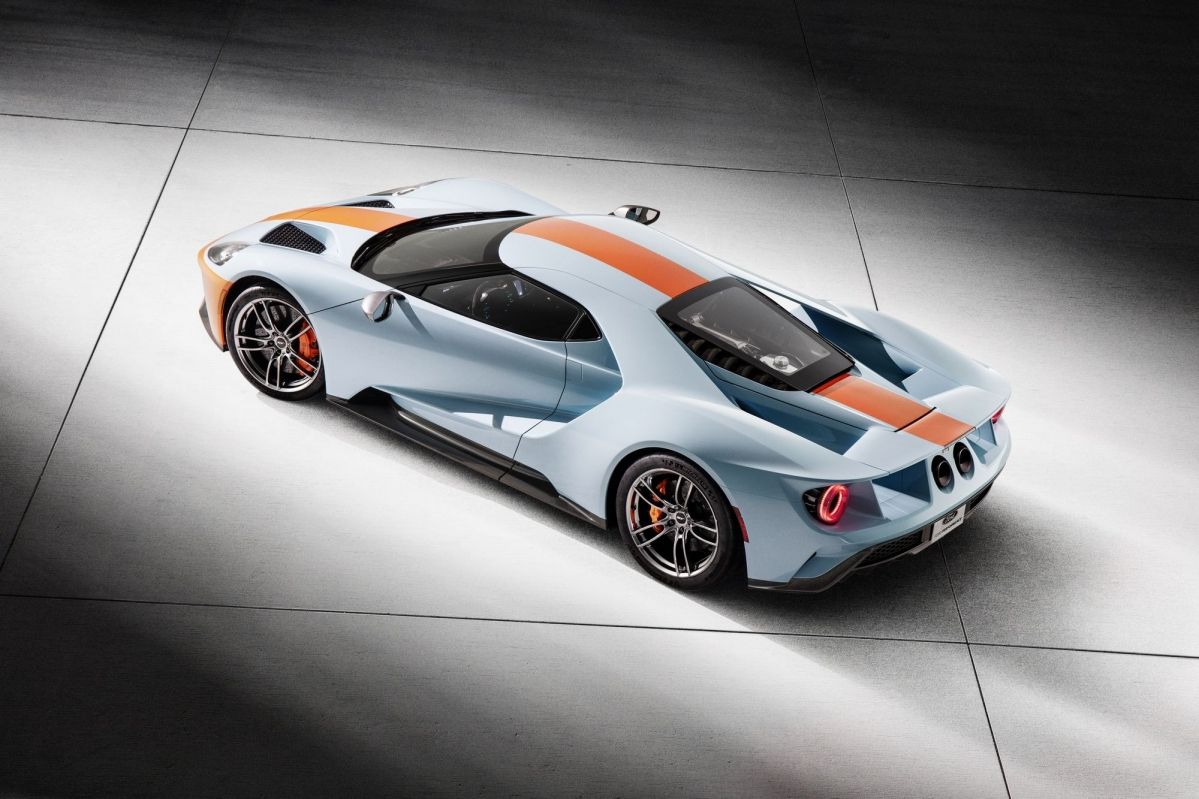 The interior also features exclusive colors and materials, including a seat pattern reminiscent of the 1968 GT40 Le Mans winner, and a ghosted image of the No. 9 / No. 6 graphics on the interior door panels. “Many view the Gulf Oil paint scheme as the most famous in motorsports. The 1968 GT40 quickly became a global sensation after beating its European competitors on the track four times in a row, and in honor of the 50th anniversary of its win, we’re paying fresh tribute to the original with a new heritage limited edition.” The seats are covered in Ebony Alcantara, the same material being wrapped around the instrument panel, pillars, headliner, and steering wheel. Contrasting blue and orange stitching accentuates the seats and steering wheel, with a new seat embossment inspired by the original 1968 Le Mans-winning car as well as clear and polished anodized paddle shifters. High-gloss dark stainless appliqués accent the instrument panel, door register bezels, and x-brace to round out the interior.

Being a collector's item, each Ford GT Heritage Edition has a unique serialized identification plate, plus exposed matte carbon fiber door sills, air register pods, and center console. No word about the prices yet, but we'll keep you posted about this when Ford releases new information.

SEE MORE: Three generations of Ford GT examined side by side