A 50-Lane Gridlock in China Looks Like Carmaggedon From Above

The mother and father of all gridlocks happened on Monday in China, and the aerial drone footage shows a dystopian landscape filled with motionless cars.

Chinese motorists came back from the extended holiday on Monday, but the massive congestion that occurred at a 50-lane toll station near Beijing on the G4 Beijing-Hong Kong-Macau highway kept them stuck for up to three hours. 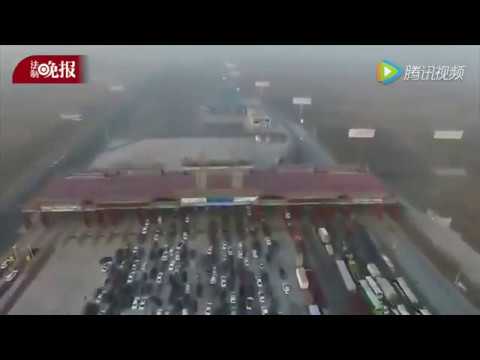 It's the same place where some of the biggest gridlocks ever recorded happen each year, as way too many cars try to enter Beijing, a smog-stricken city of 21.7 million inhabitants. Next time you're in a traffic jam on your daily commute, remember it could be worse. Not sure if this helps, though.