The Absolute Drift title may be a little misleading, probably making you think about a very detailed drift game where you'll have to do everything, just like those excruciating train simulators where setting off a steam locomotive would make your brain pop up the Blue Screen of Death. Here, "absolute" describes the very core, the essence, and it delivers satisfactorily. The "Zen Edition" annex should provide a better hint. Just after the tutorial (which I encourage you to follow), you find yourself in a perfectly minimalistic open world whose sole purpose is to provide training grounds for your Hachi-Roku drifter, your first car. The car names (there are six of them in total) aren’t licensed but the hints are strong in each and every one of them; for example, the Toyota Sprinter Trueno is called here The Original. Knowing what the car names are may be rewarding but it's irrelevant in the context of the game. The game start puts you in one of the five open world environments filled with buildings, poles, cranes, bridges, and even ramps. You unlock the following stage by completing all the mini-games you find in one. This may require sliding under a crane, or donuting around a pole, or even jumping over a building using a ramp.

Other than that, the open world is here to help you get accustomed to your set of wheels. Every vehicle has its own particular behavior, so there’s plenty to learn here. For example, switching from the Original to the Whip (which is the primordial BMW M3) would require a change in the way you approach a corner and fiddle with the controls. The latter is considerably edgier. And then there are the events, divided into four categories: Driftkhana challenges are time-limited missions focusing on freestyle drifting, so you don't have a course to follow. Then there’s the track drifting, where you are given several laps on a specific course to get as much sideways action as you can. Togue could not be missed from a drift game, of course; here, just like you've seen in Initial D, or played in Need for Speed Carbon, you test you skills through challenging downhill runs. The Midnight Events are the toughest, for the simple reason they happen after the sunset. The vehicle controls are as simple as the game's graphics: all you get are the brake, the accelerator, and the handbrake. Seasoned players have the option of a manual gearbox which adds two more controls, the upshift and the downshift. Although it may be a bit frustrating at first, I recommend using the manual from the start, as it gives you better control, making it easier to master the drifts. Despite the game’s apparent simplicity, the drift part is precisely rendered. This means getting a car to slide around obstacles in a gracious manner requires some good practice time, so don’t expect doing that five minutes in. One of the phrases you'll read during the loading screens says: "I fear not the man who has practiced 10,000 turns once, but I fear the man who has practiced one turn 10,000 times." 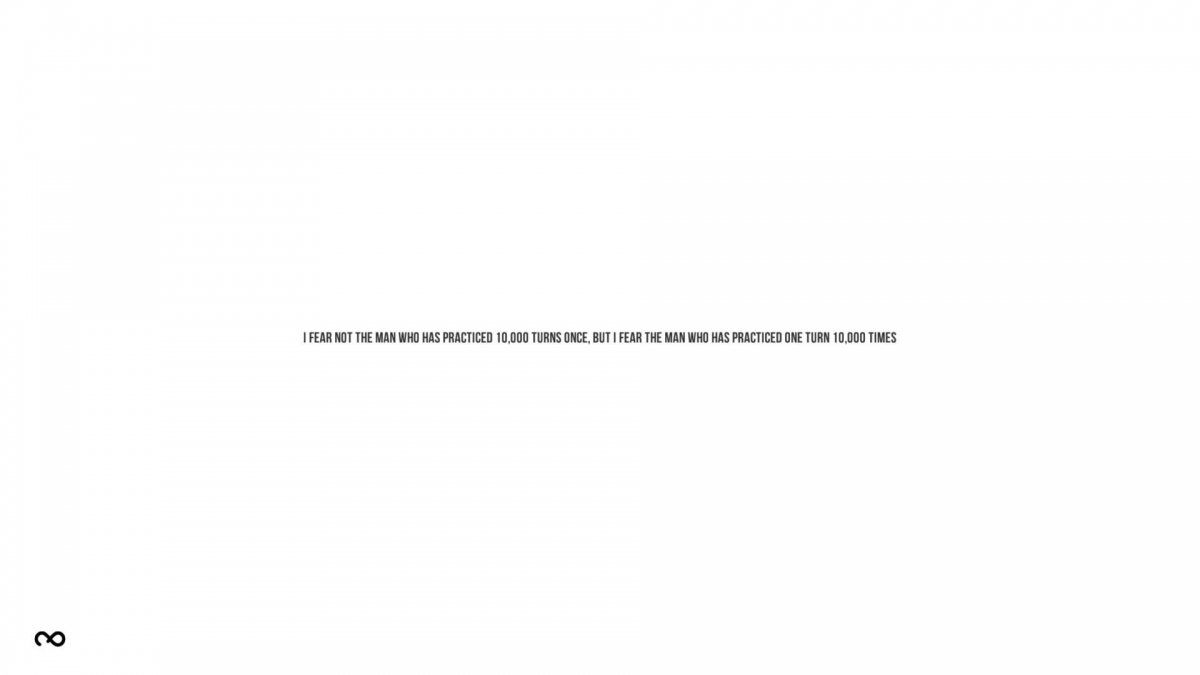 That's what is all about in this game as well: you don't have "fine tuning" for helping yourself by making the vehicle more obedient, you don't have unnecessary visual effects like screen tilts or whatnot, because all you actually need is a car, a track, and a lot of practice. And, somehow, the game's simplicity makes a perfect training ground.

Absolute Drift is the kind of game you have to let grow on you. It’s meant to be a zen experience where music meets dance, and dance needs practice.

Absolute Drift is playable on Steam (for both Windows and OSX), Xbox, and PS4 (as tested here)