To celebrate its 120th anniversary, Bavarian aftermarket specialist ABT Sportsline has released a limited edition model based on the Audi RS6 Avant.

Suggestively called ABT RS6 "1 of 12," the limited edition model gets both styling and performance upgrades that release more speed from the already insanely fast estate. 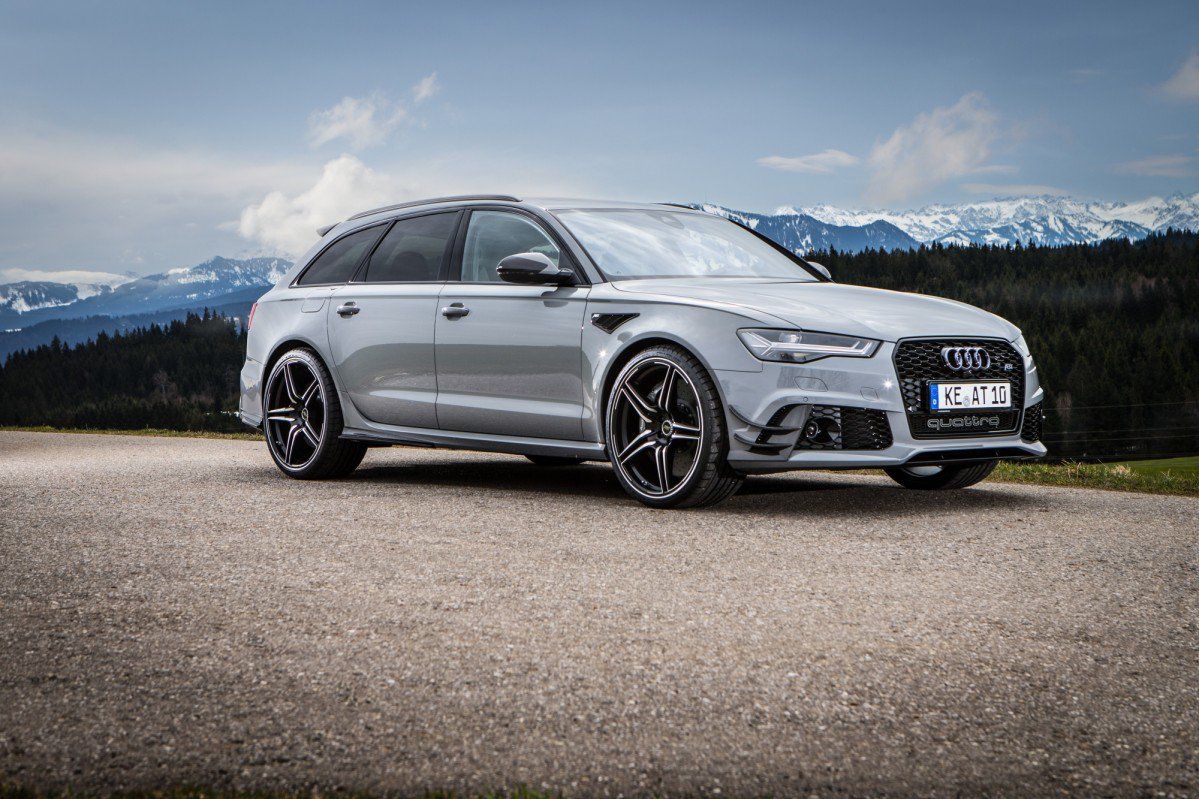 Styling-wise, the ABT RS6 1 of 12 adopts an aero kit consisting of air inlet panels (including front winglets), mirror caps, side skirt attachments, and rear skirt add on, all made of exposed shiny carbon. The limited edition ABT RS6 can also be recognized thanks to the carbon rear spoiler with "1/12" logo and the four tailpipes in Daytona gray. The stainless steel exhaust also features a new pre-silencer. The design changes are completed by the ABT FR 22-inch alloy wheels with double five spokes, shod with Continental high-performance tires sized 305/25 ZR22. If you're curious about the interior, the ABT RS6 "1 of 12" gets bi-color leather bucket seats, Alcantara-lined dashboard, roof liner, pillars, and tailgate, leather-wrapped door panels, window frames, and steering wheel, "1/12" plaque, and floor mats with "120 years" lettering.