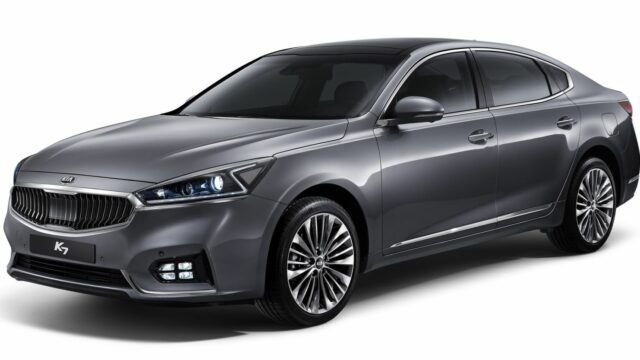 Known as the K7 in Korea, the Kia Cadenza combines an European inspired design with “high levels of interior quality and contemporary luxury”, as the automaker boasts in the press release.

The new generation Kia Cadenza sports a sharper styling with a sleek, elongated silhouette, more defined lines and a wider, lower stance. While the new model clearly reminds of its predecessor from a styling point of view, it looks more contemporary thanks to details such as the sharp wraparound headlamps and taillights with distinctive LED signatures, Kia’s reinterpreted “tiger-nose” grille with a concave appearance as well as LED fog lights grouped in four elements on each side of the front bumper.

At the rear, the twin exhaust of the squared-off bumper is echoed on the upper edge by the LED taillamps which feature chrome detailing.

Kia says the all-new Cadenza’s design is inspired by European luxury sedan styling, with the long bonnet, muscular fenders, gently rising shoulder line and swept-back roofline being references to that segment. The window-line gets slightly thinner as it nears the back of the cabin, and rises sharply as it meets the C-pillar, with the result being a more dynamic stance.

No mechanical details have been released yet, but one of the photos reveals a “3.3” badge on the boot lid, which means it’s powered by a 3.3-liter V6 engine – possibly Hyundai’s new twin-turbo unit. According to recent reports, the new Cadenza will also get a four-cylinder hybrid. The model will arrive in 2016 on international markets including the United States.