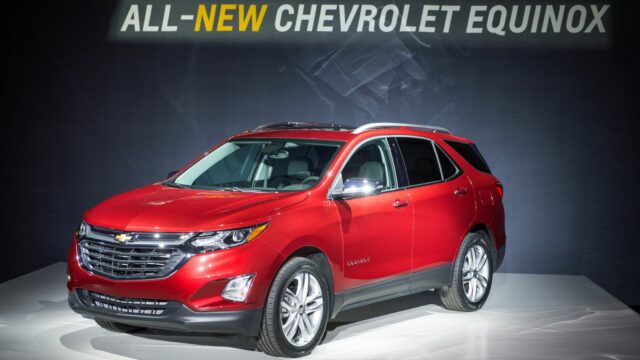 Redesigned from the ground up, the third-gen crossover SUV offers the segment’s only diesel

Design-wise, Chevy's latest styling language as seen on the new Volt, Cruze, and Malibu fits the 2018 Equinox quite well.

It clearly looks better than its predecessor, both inside and out. It benefits from new technologies such as the available 7- and 8-inch MyLink infotainment systems with Apple CarPlay and Android Auto compatibility, as well as a series of active safety features. These include a so-called "Teen Driver" feature that lets parents control how their teens use the vehicle, helping to "encourage safe driving habits."

Built on GM's new Delta platform that is also used by the new Cruze, the 2018 Equinox mid-size SUV is about 400 lbs (180 kg) lighter than its predecessor, which means it's both more fuel efficient and agile. The engine lineup consists of a standard 1.5-liter turbocharged gasoline unit, an available 2.0-liter turbo gasoline engine, and an available 1.6-liter turbodiesel — a first for the segment in North America.