Following an aggressive teaser campaign, Kia has unveiled the all-new 2018 Stinger, a fastback sport sedan that "redefines the Kia brand."

Previewed by the GT concept from 2011, the 2018 Stinger was designed in Frankfurt and developed on the Nürburgring, which says a lot about this car. Kia aims straight at German premium automakers with this new five-passenger fastback sport sedan, which is the highest-performance production vehicle in the company's history. 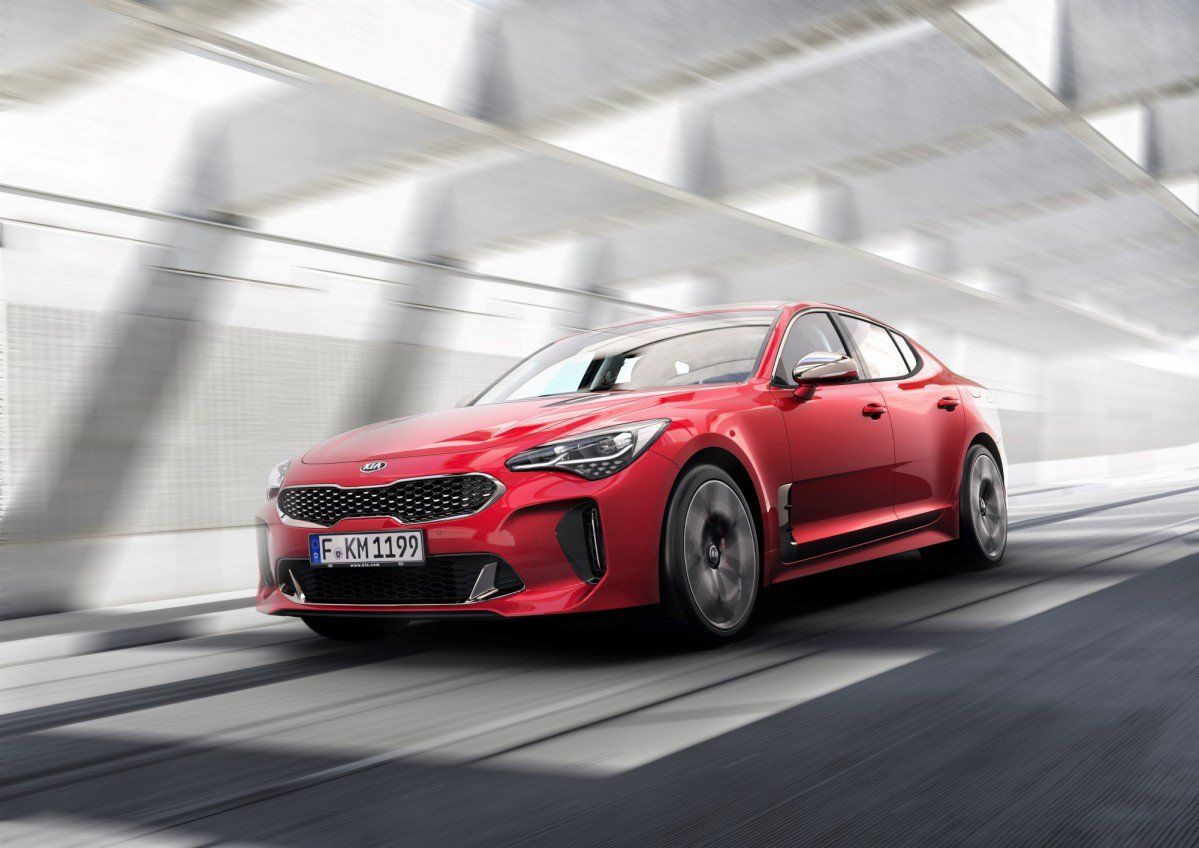 Surprisingly, the production model manages to retain many of the concept car's design cues - bar the suicide doors. The long hood, short front overhang, long rear overhang and strong shoulders contribute to a muscular appearance. The front end is dominated by Kia's signature "tiger-nose" grille and the LED headlights. 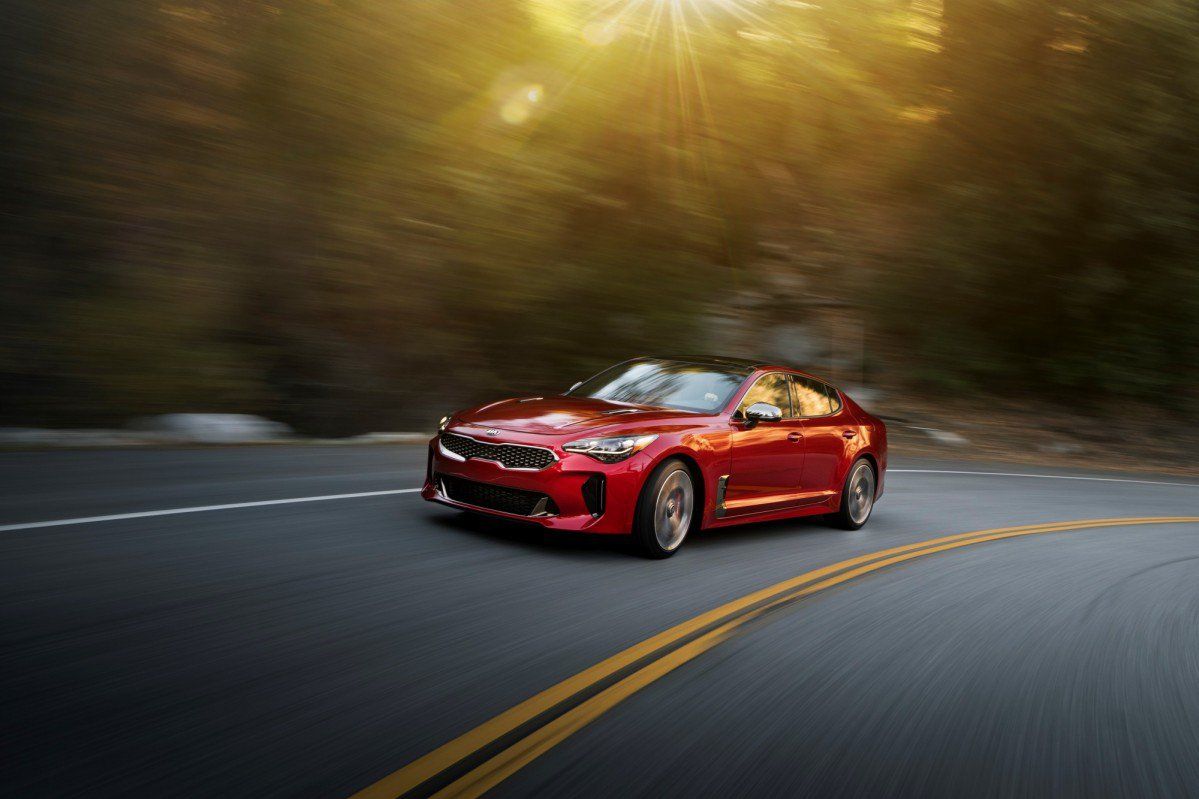 Inside, the Kia Stinger features a horizontal dashboard layout that somehow reminds of Audi and Mercedes-Benz interiors - especially the round air vents and "floating" touchscreen display. The center console is split into two areas, while the driver instrument binnacle consists of analog and digital instrumentation. Kia says the long wheelbase (114.4 inches/2,906 mm) allows for ample front and rear legroom, while the low seating position offers good headroom for all five passengers. 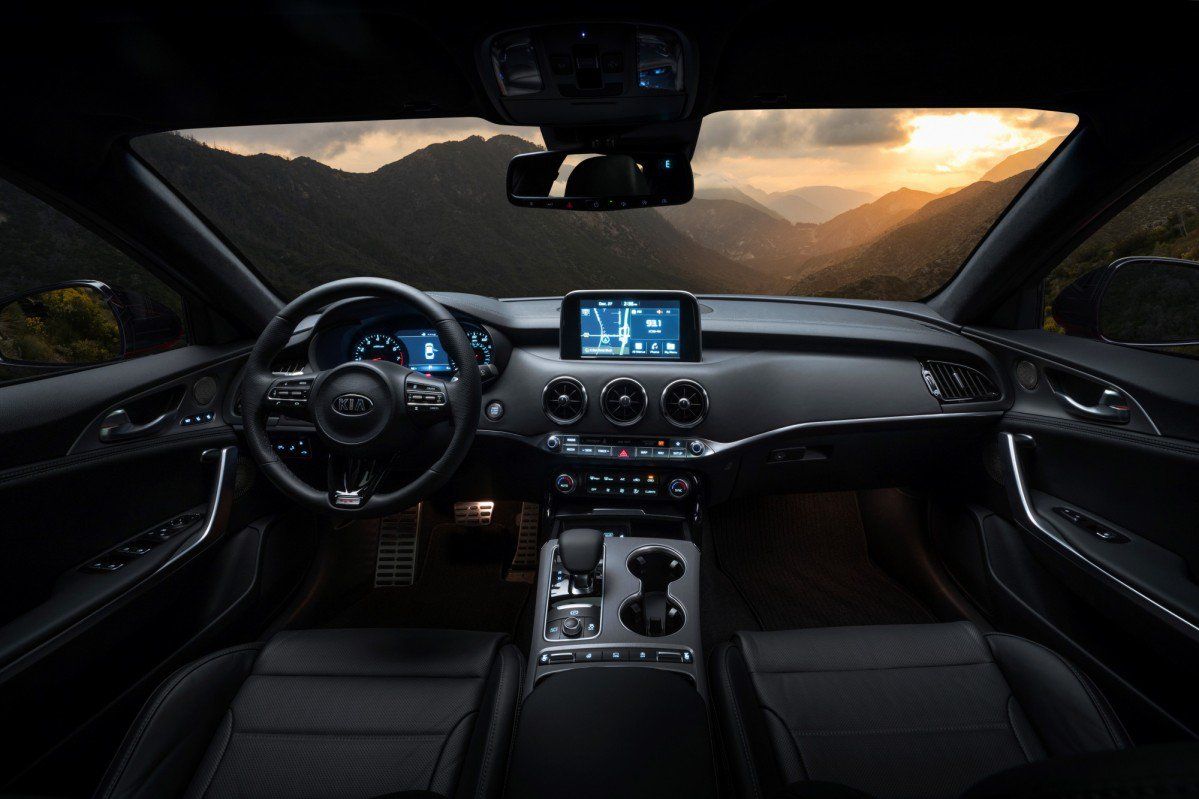 With chassis tuning the work of Albert Biermann, who joined Kia from BMW in 2014, the 2018 Stinger promises a lot handling-wise. The chassis is made 55 percent of advanced high-strength steel, providing a very stiff foundation, while the MacPherson front and multi-link rear suspension systems have been tuned to provide "optimal feedback to the driver." The Stinger also comes with the Dynamic Stability Damping Control system, which offers five drive modes (Personal, Eco, Sport, Comfort, and Smart). 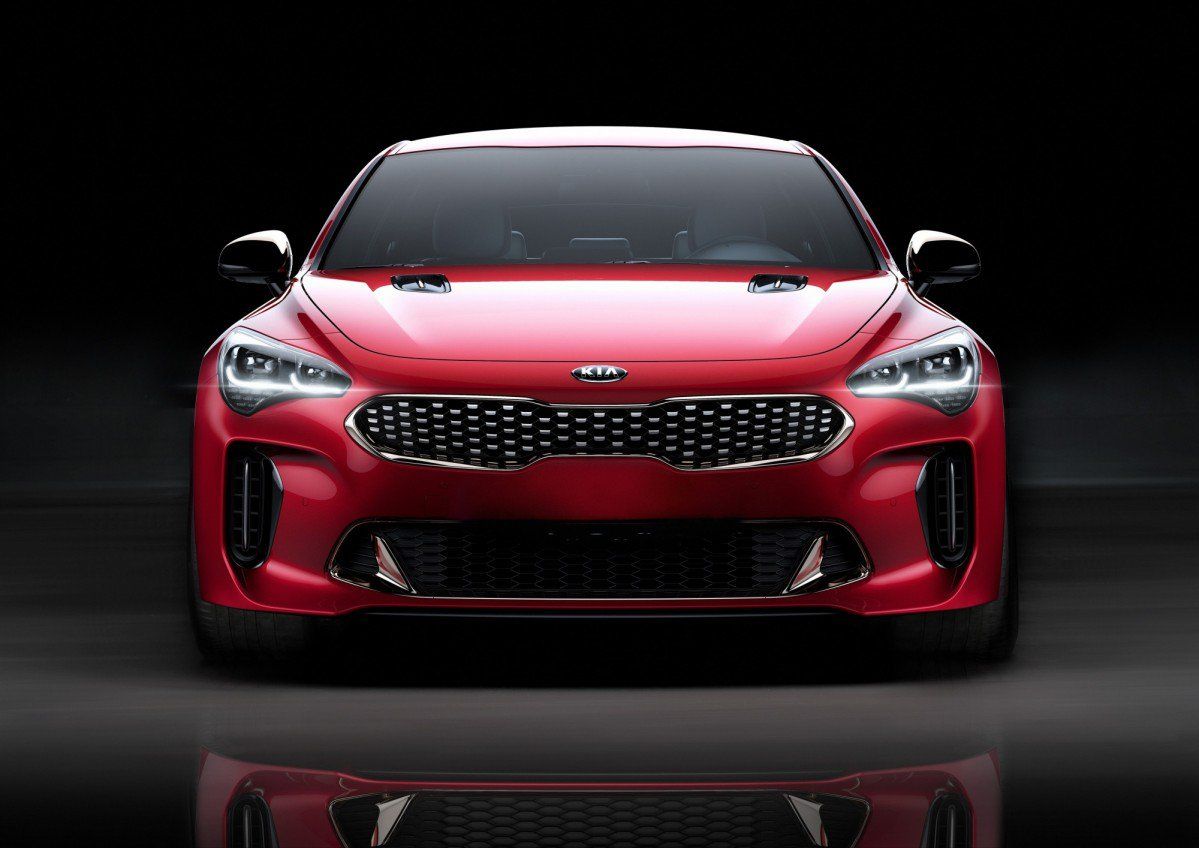 Both engines work with an eight-speed automatic transmission that debuted in the K900 luxury sedan. Customers will be able to order the Stinger in both rear- and all-wheel drive configurations. AWD models feature Dynamic Torque Vectoring Control while rear-wheel drive vehicles get a mechanical limited slip differential. The 2018 Kia Stinger will go on sale in the U.S. late this year, with pricing to be announced closer to launch. 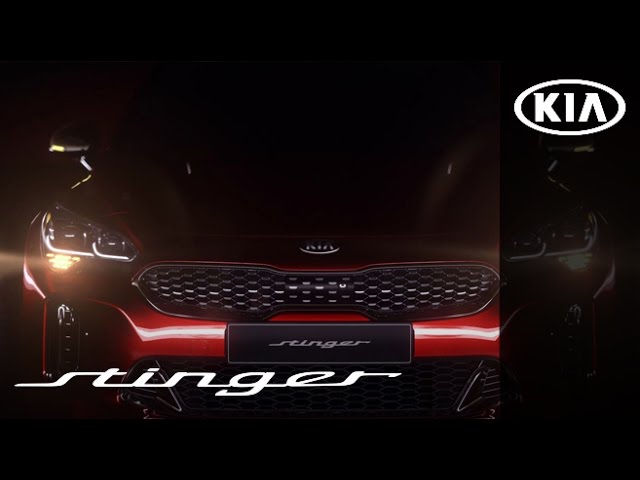