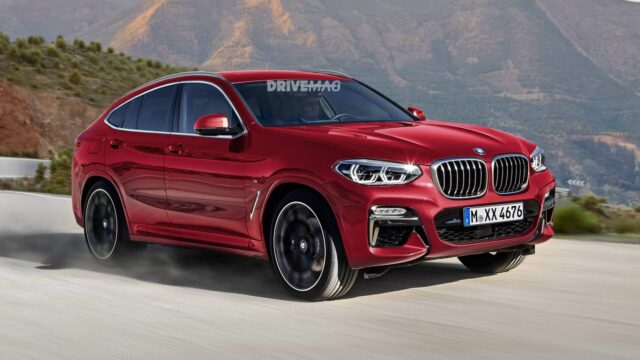 Both as far as looks and performance go

With the all-new X3 recently going on sale, BMW is now putting the finishing touches on the premium SUV's fancier sibling, the X4.

Although the current X4 only launched three years ago, BMW will not give it a facelift, going for an all-new generation instead that shares the CLAR underpinnings with G01 X3. The G04 BMW X4 may not be a secret design-wise, given that some undisguised prototypes have been spotted in the U.S. in August 2017.

What you're looking at is a rendering by Christian Schulte Design which accurately shows the final design of the second-generation BMW X4. As you can see, the front end will be very similar to the X3, with identical headlights, kidney grilles, and engine hood.

The front bumper is also identical to the X3, albeit in M40i guise. That's because the X4 will get a hot M40i version as well — some say it will also be available in a diesel-powered M40d version featuring the quad-turbo 3.0-liter inline-six from the 750d. Rumor has it BMW is also considering a full-blown X4 M, but nothing has been confirmed so far.

As for the rest of the design, the side view reveals a more sloping roofline compared to the previous-generation X4, as well as more pronounced creases. All in all, BMW has gone for an evolutionary approach to styling, as it did in the case of the new X3.

Expect the new BMW X4 to feature the same lineup of four- and six-cylinder turbocharged gasoline and diesel engines as the X3. The all-new G04 X4 may debut at a major auto show early next year, most likely in Detroit or Geneva.

If coupé-SUVs are your cup of tea, check out our review of the current-generation BMW X4 in xDrive35d guise.