The sixth-generation Altima goes on sale this fall

Nissan has lifted the veils off its all-new Altima at the New York Auto Show, and it's clear for all to see that the midsize sedan went through a significant overhaul. Styling-wise, the 2019 Altima takes inspiration from the Nissan Vmotion 2.0 concept, looking much more dynamic and slender than the outgoing model. The new Altima is lower, longer, and wider than the previous generation, and comes with available 19-inch wheels for a more aggressive stance. 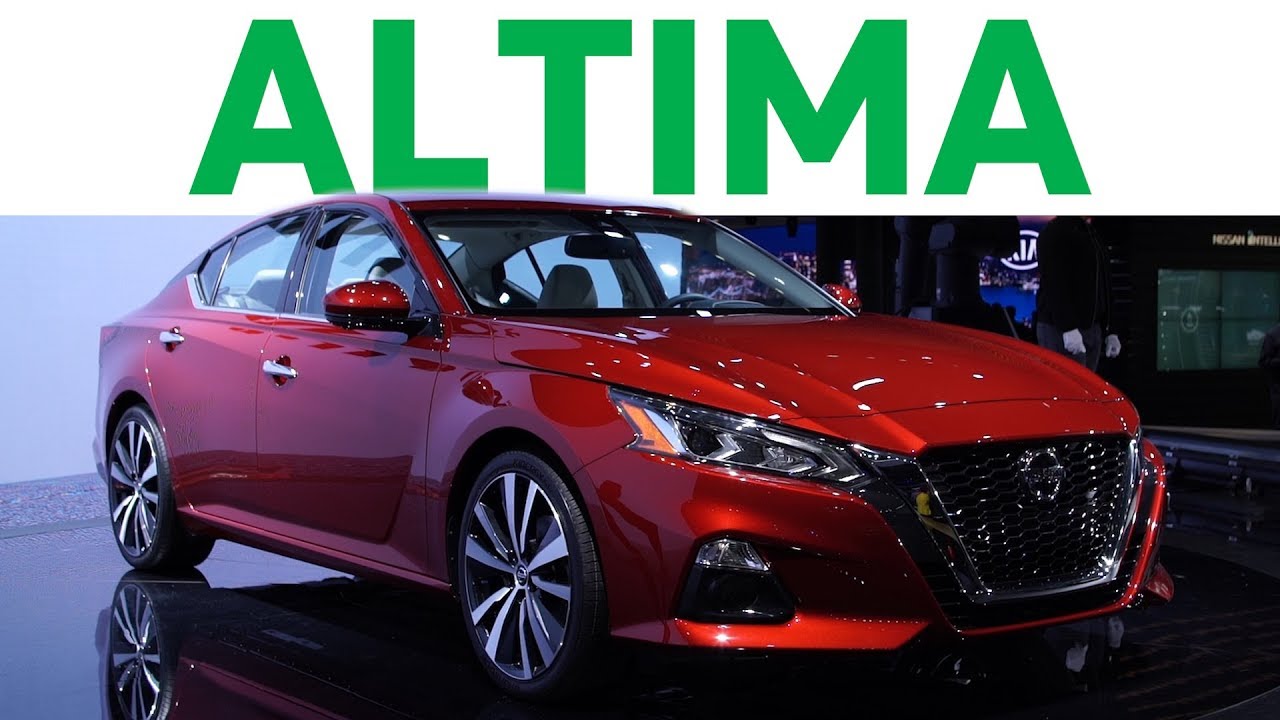 The interior is all-new as well and features a wide "gliding wing" instrument panel, a "floating" 8-inch central touchscreen, and a sporty-looking multifunction steering wheel. Key comfort and convenience features include seats with added bolstering and the NissanConnectSM infotainment system featuring Apple CarPlay and Android Auto. The standard engine is a new 2.5-liter four-cylinder unit with undisclosed power and torque levels that's said to offer improvements in NVH, fuel economy, and emissions over its predecessor, as well as gains in horsepower and torque.

Buyers will have the option of a new 2.0-liter VC-Turbo (variable compression turbo) engine that replaces the previous Altima's 3.5-liter V6. First offered on the Infiniti QX50 in a 268-hp state of tune, the unit is said to deliver near V6-level performance with four-cylinder fuel economy. For the first time, the Altima also offers an Intelligent All-Wheel Drive system as an option on all trim levels equipped with the 2.5-liter engine (the 2.0L engine will only be offered with front-wheel drive).

The 2019 Altima will be available in five trim levels (S, SR, SV, SL, and Platinum), as well as an exclusive launch edition based on the Platinum VC-Turbo. 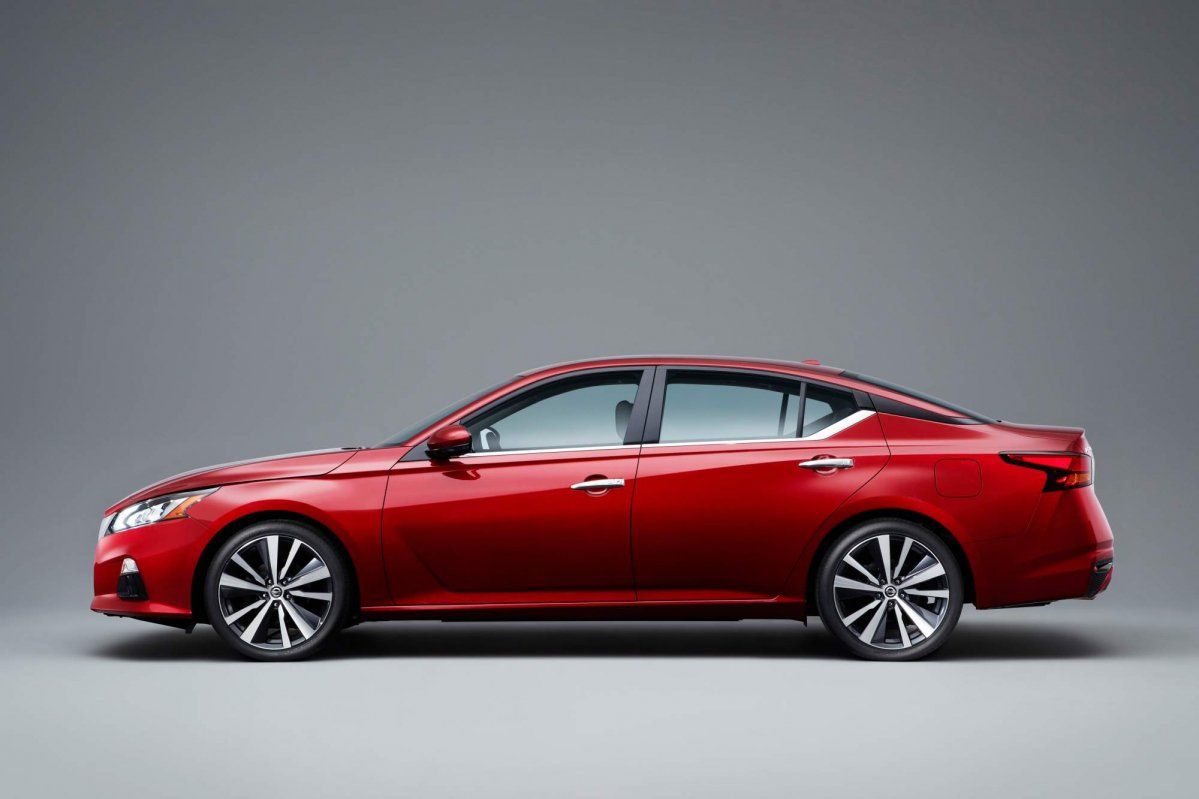 The 2019 Nissan Altima goes on sale in the United States this fall, with other global markets to follow later. 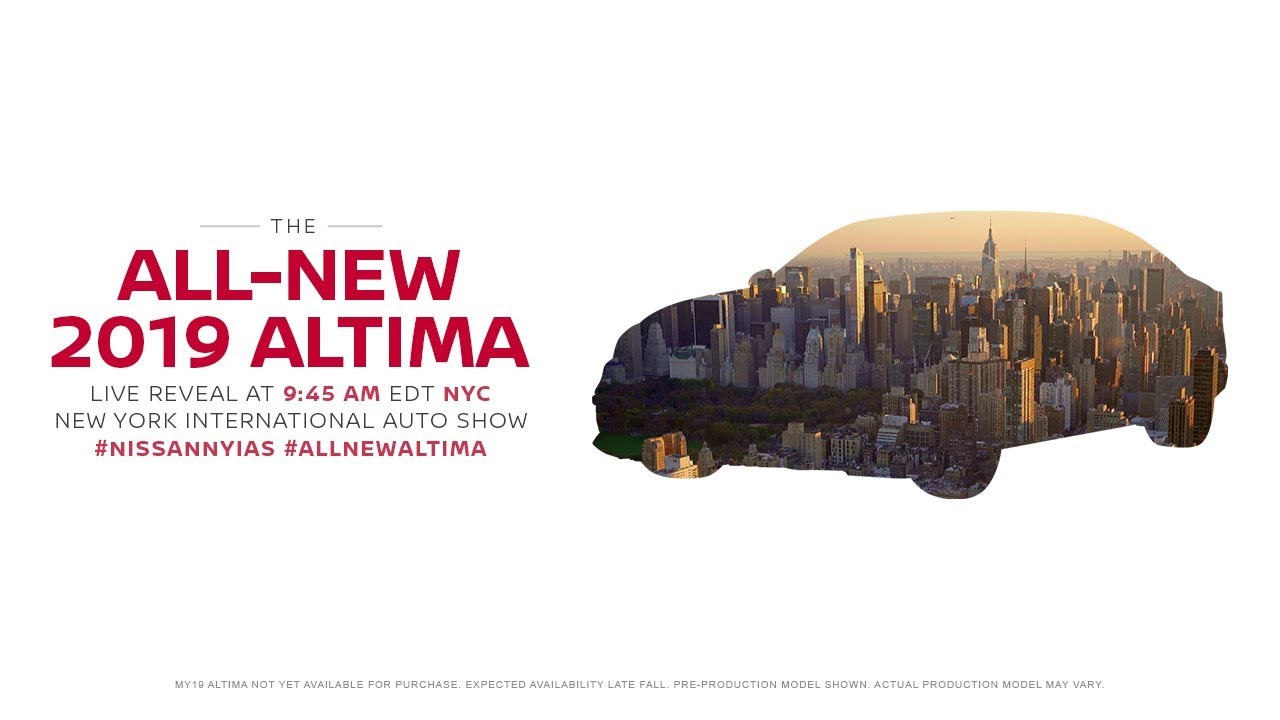 READ MORE: Our coverage of the 2018 New York Auto Show