Are hydrogen cars better than battery-electric ones?

The winner of the electric battle will define the 21st Century

Remember the VHS-Betamax war of the late 1970s? Oh, if you weren't born yet, that's not a problem, as the bottom line is simple to understand: VHS won not because it provided better image and sound, but because it was cheaper and widely available, while Betamax offered just minor improvements at a considerably higher price.

Ultimately, the battle won by the VHS format had limited consequences, as the 1990s saw the rise of the DVD and people switched rapidly to the new technology as prices dropped dramatically. By that time, the industry matured enough to impose a single standard, preventing other extremely costly wars of this sort.

Well, in the automotive world there's another war brewing on, and this will have dramatic consequences not only on the way we live our lives but also on the planet. It's the battle between battery-electric and hydrogen-electric cars. And if you want the TL;DR version of this article, just hit Play on this video: 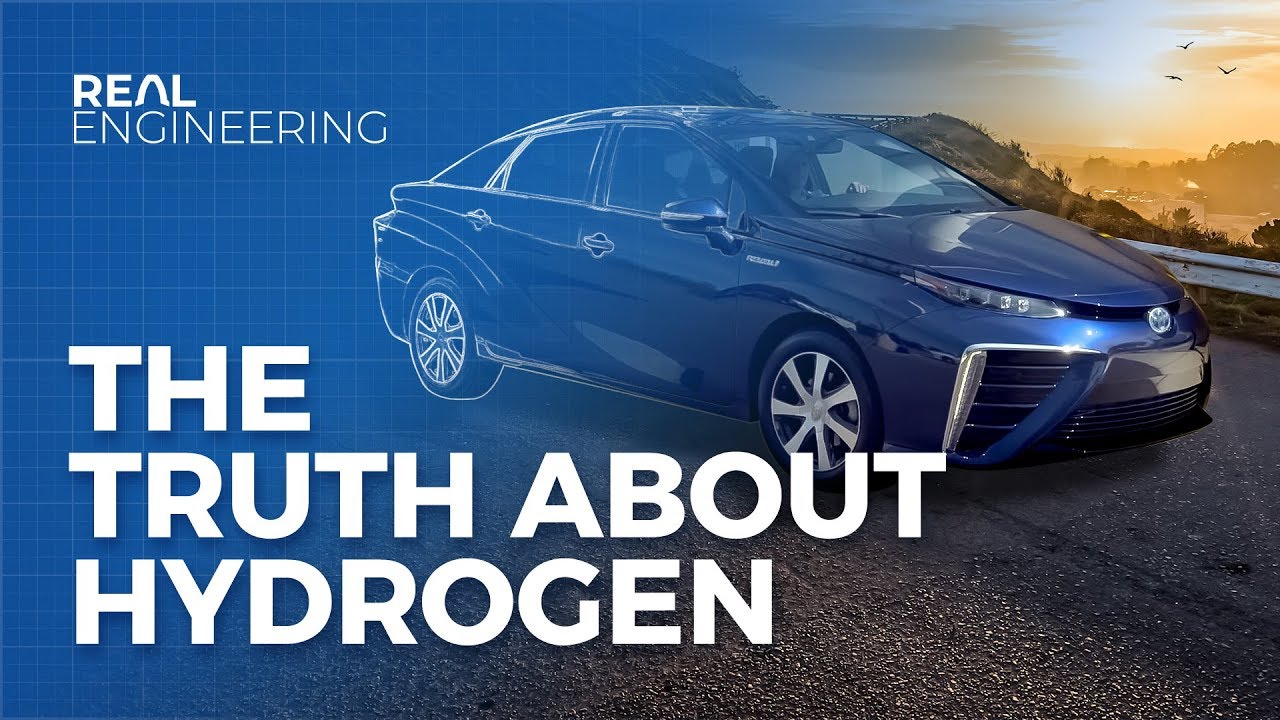 Hydrogen fuel cell cars vs battery-electric cars differences: how do they work?

Battery-electric cars, or BEVs, use a lithium-ion battery to power their electric motor(s). Electricity from the grid goes directly into these batteries (converting from AC to DC). Depending on how clean the grid is, the car can be as polluting as an internal combustion vehicle or several times cleaner (usually, at least two times less polluting). Tesla Model 3 is the best selling BEV in the world

Hydrogen fuel cell vehicles, or HFCVs, fuse oxygen with hydrogen in fuel cells to make electricity (and H2O as a byproduct). Electricity from the grid is used first to produce hydrogen in specialized plants and to liquify it, then the hydrogen is transported and stored locally. You fill up your hydrogen tank as you would do with a gas one, but the car doesn't have an internal combustion engine - it uses electric motors. HFCVs depend not only on the cleanliness of the electricity grid but also on the transport network, both influencing their final CO2 and polluting emissions. They are exceedingly ugly, too, as the back of this Toyota Mirai

What's better for the customer: battery-electric or hydrogen fuel cell?

The main purpose of the HFC technology is to prevent range anxiety, as the usual range exceeds 400 km. You can fill your HFCV tank as fast as you would do it with gas, at a specially retrofitted fuel station. Another benefit is that the technology doesn't add weight to cars as batteries do. This is especially important in cargo transport, and the HFC technology could also be used by trucks and airplanes.

There are some real-life drawbacks, however: the cost per km for a Toyota Mirai is around $0.17 ($0.27 per mile), while a BEV like Tesla Model 3 will set you back around $0.02 per kilometer ($0.03 per mile). If you don't live in Japan or California, hydrogen fueling stations are extremely rare, and you cannot recharge your vehicle at home or at the office as you'd do with a BEV. What's more, the Mirai weights 1850 kg (4078 lbs), while a similarly priced Tesla Model 3 weights only 1730 kg (3813 lbs), so the weight argument disappears. 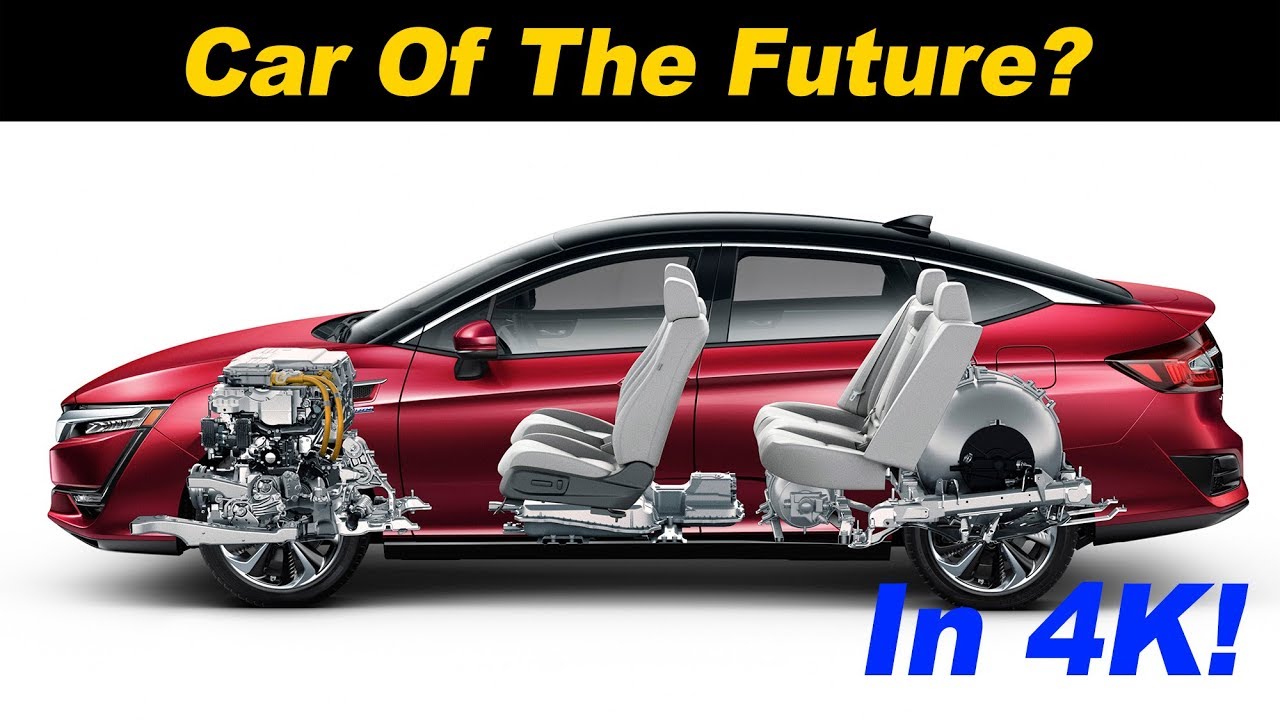 Currently, there are less than eight models of HFCV on the market, and half of the 6,500 units that have been sold worldwide are in California. Large parts of the US (and the world, for that matter) are completely unprepared for HFCVs, as there are just several dozen hydrogen refueling stations on each continent. 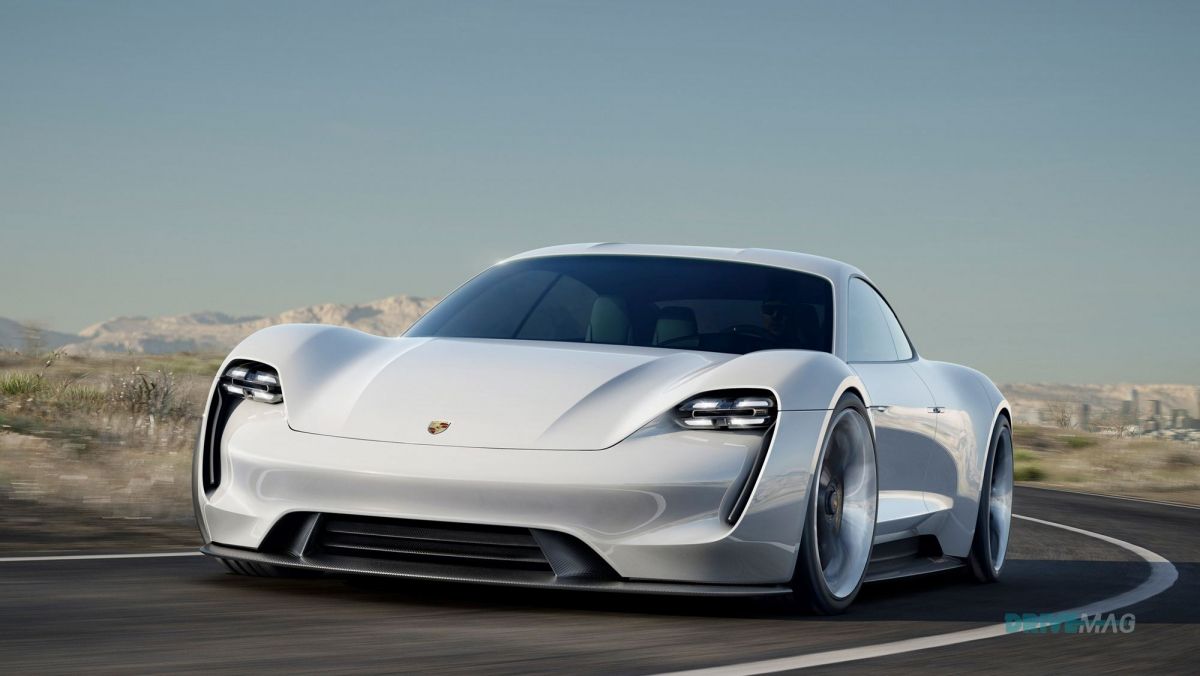 Lots of luxury and premium sports cars are in the pipeline, too, as this Porsche Taycan

There is simply no comparison between the two worlds: while car makers still toy around with HFCVs, the vast majority of their models for the next decade will be battery-based, no matter if we are talking about 100% BEVs or plug-in hybrids - the latter will count into the hundreds of models and will rapidly replace internal combustion cars at an even faster pace than 100% BEVs. There's also a huge difference in the money pledged: while car makers announced investments of around $10 billion dollars in HFCVs in the next five years, the money invested in BEVs and plug-in hybrid vehicles in the same period of time will exceed $180 billion. 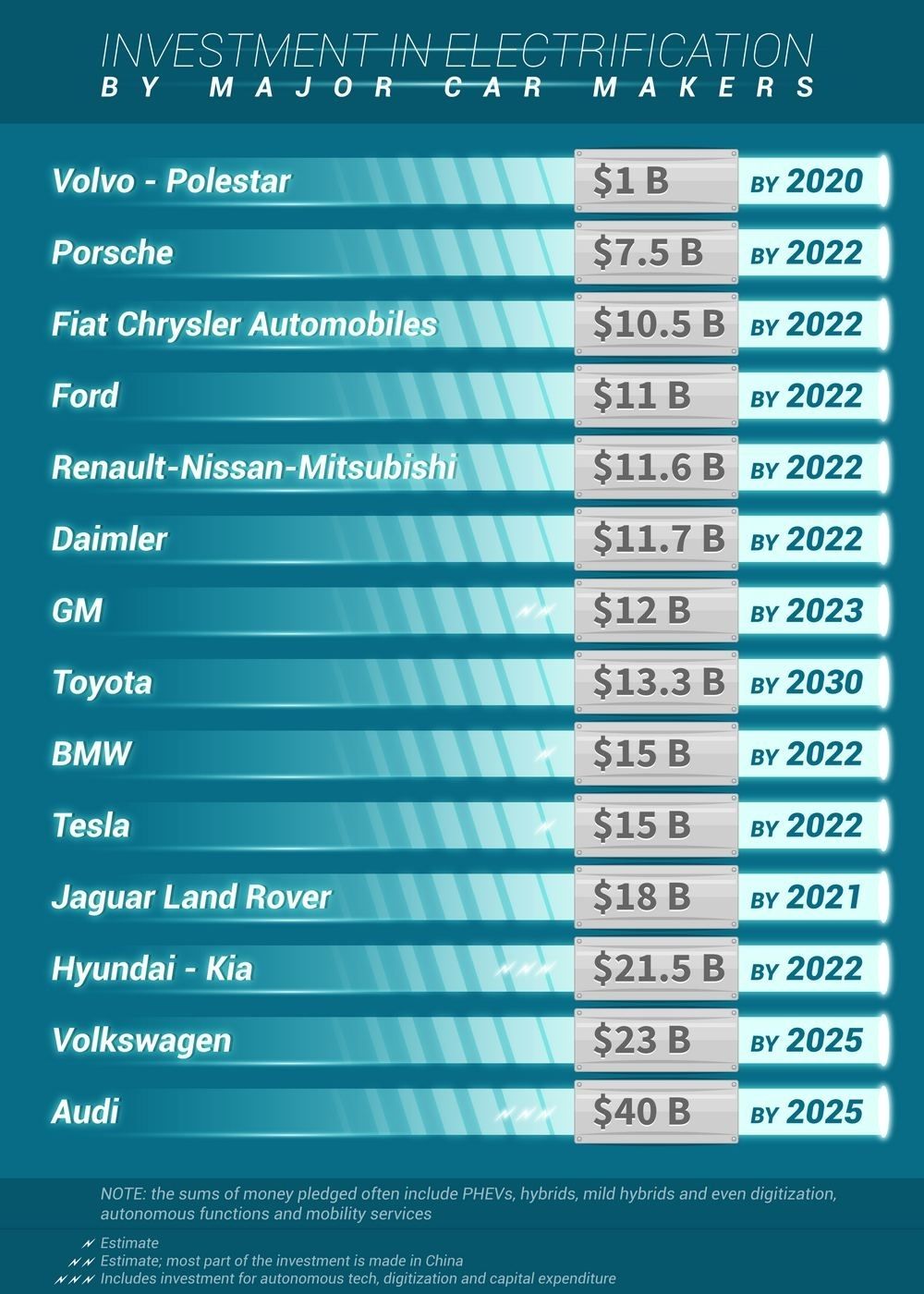 The future, therefore, belongs to the battery-powered car. There's absolutely no doubt about it, even if in markets like Japan alliances between car makers try to change the status quo.

Fast charging stations pop up by the thousands every year, and the mere fact that you can charge your vehicle by night at your own home (or by day at your office or while shopping) makes a huge difference: no need to search for a petrol/hydrogen station anymore. Range anxiety is also already a thing of the past for most cars that have more than 100 miles of range, as their users changed their behavior and charge them whenever they can - as we currently do with phones. 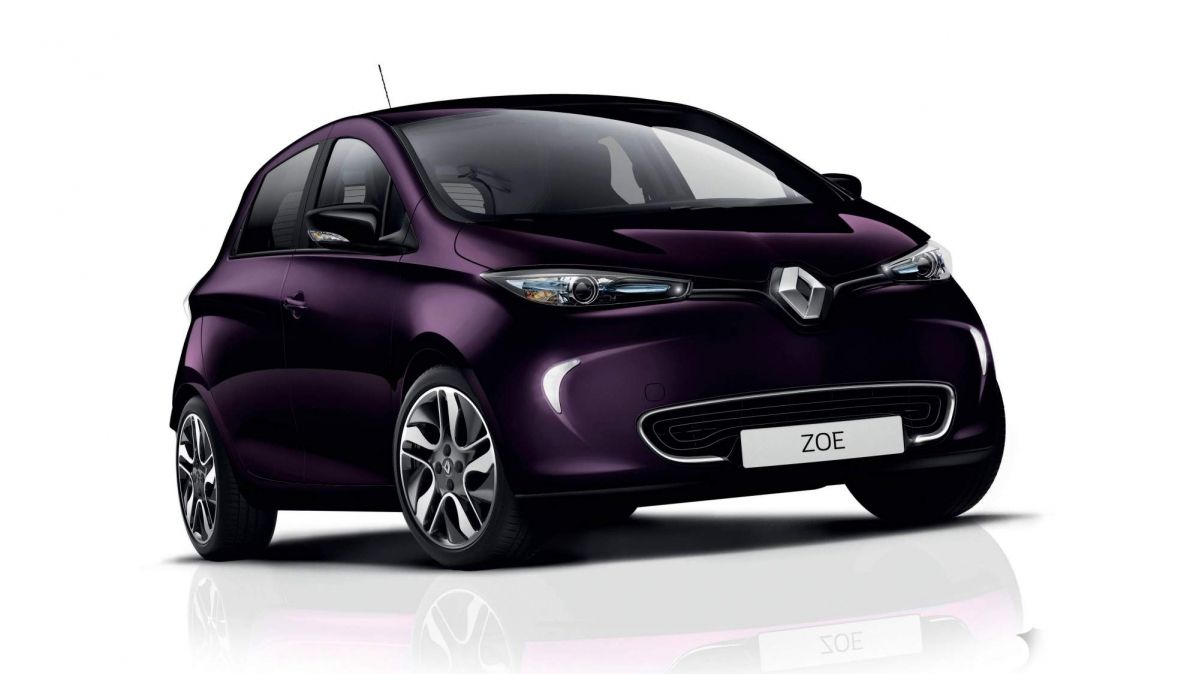 In the next couple of years, most BEVs launched on the market will have more than 200 miles of range, making the range anxiety argument irrelevant. Energy density also improves, so we can expect a halving in battery weight for the same range in the next five years. Also, solid-state batteries are expected to offer a much better energy density after 2025, so again, there's no need for a complicated, expensive and polluting hydrogen storage infrastructure when all you need to do is making these batteries interchangeable.

What's better for the environment: battery-electric or hydrogen fuel cell?

BEVs pollute much less than HFCVs, especially when all the other variables remain the same. Why? Because even with today's energy density, BEVs are much more efficient than HFCVs, even when taking into account the best scenario for HFCVs and the worst one for BEVs. 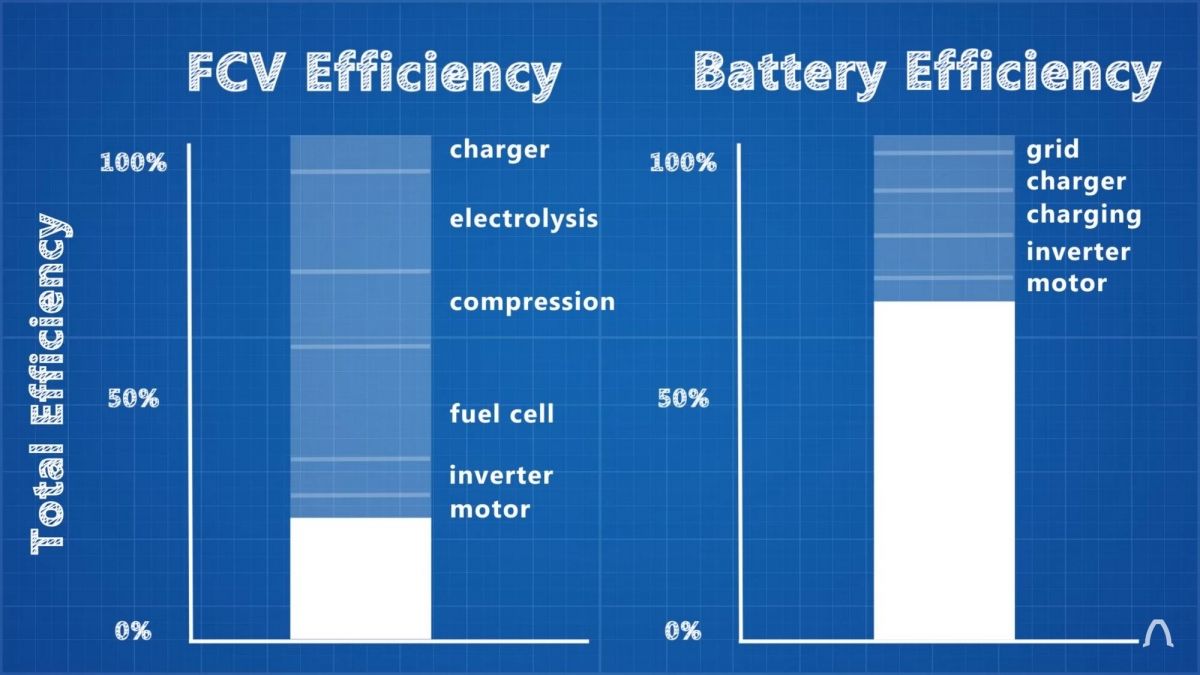 BEV critics point to the devastation made by open-pit mining of lithium and cobalt, but the fact is extracting hydrogen is not a clean process, too (not to mention oil extraction). Both technologies can (and should) dramatically improve the environmental impact of their raw materials extraction if the companies involved would grow a conscience, but this is another story.

This doesn't mean that hydrogen technology shouldn't be pursued, especially for ships and airplanes, two major sources of pollution. This also doesn't mean that electric cars are 100% clean - they still pollute as much as three to ten times more than an electric scooter, if the entire lifetime of the product is considered. Also, electric buses, subways or trams are at least twice less polluting than an electric car, both in terms of CO2 emissions and environmental impact. 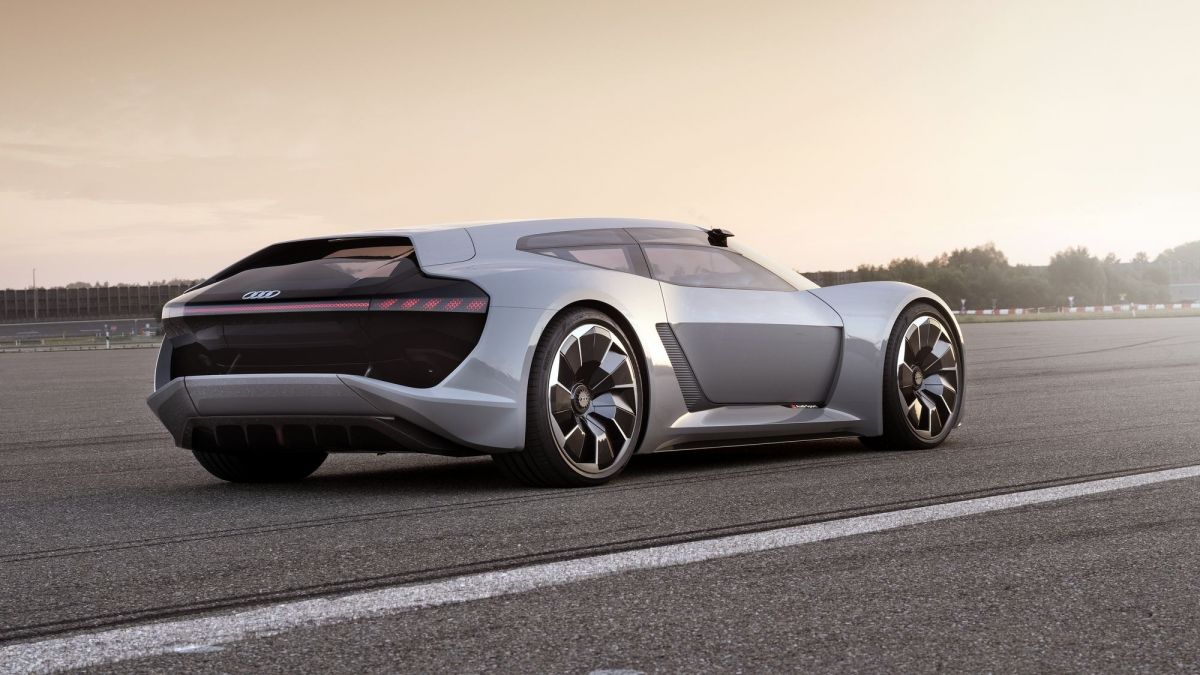 But if you have to decide between a battery-electric car and a hydrogen fuel-cell one, the choice is simple: go for the BEV, all the way. Unless you want to be stuck with a vehicle that goes nowhere, just for the sake of being different. You know, like those Betamax users of the 1980s.

READ MORE: Why electric cars and downsizing will NOT save the planet