It's basically a 4.7-liter naturally aspirated V8 with wheels attached to it

Just when everyone had forgotten about Aston Martin’s experiment with the Cygnet city car, the company itself is bringing the Toyota iQ-based mini back in the news.

And what a comeback it is, as the Cygnet has been completely transformed for this year’s Goodwood Festival of Speed. The posh little vehicle has morphed into a hot rod courtesy of the “Q by Aston Martin -Commission” service. Aston’s bespoke division has shoehorned a 4.7-liter naturally aspirated V8 into the engine bay of the city car, with the result being a power-to-weight ratio of 313 bhp/tonne and a 50:50 weight distribution — the perfect ingredients for bonkers performance.

Sourced from a previous-generation Aston Martin V8 Vantage S, the eight-cylinder engine sends 430-bhp (436-hp) and 490 Nm (361 lb-ft) of torque to the chunky rear wheels via a seven-speed Sportshift II transmission (also borrowed from the Vantage S) and a miniature torque tube. The V8 Cygnet is heavier than a stock Cygnet, weighing 1,375 kg (3,031 lb) when full of fluids. That’s not surprising, however, given the massive modifications it has received besides the V8 engine. Aston Martin’s engineers started from a right-hand drive Cygnet body shell and panels, added a roll cage that became an integral part of the chassis, as well as a new front bulkhead and transmission tunnel fabricated from sheet metal.

Then they added the subframes and suspension (also derived from the previous-generation Vantage), as well as a steel fuel tank housing in the boot area. The V8 Cygnet also required a bespoke intake trunking and twin conical air filters. The cool thing about the V8 Cygnet is that it remains recognizable as a Cygnet from the outside, with the front end largely untouched. There are no extra bulges in the bonnet, and the grille only gains a subtle black mesh.

The carbon composite flared wheel arches are anything but subtle, and are there to accommodate the significantly wider front and rear tracks, as well as the 19-inch forged five-spoke wheels shod with 275/35 Bridgestone tyres at the rear. Other distinguishing features of the V8 Cygnet are the central twin exhaust pipes, yellow brake calipers in contrast with the body’s Buckinghamshire Green paint, and the race-ready interior with just two seats.

In addition to the roll cage, the cabin includes a fully FIA compliant fire extinguisher system, fixed back Recaro composite bucket seats with four-point harnesses, and a removable steering wheel wrapped in Alcantara. Behind it sits a bespoke carbon dash with the familiar Vantage instrument cluster. If you're interested in buying the V8 Cygnet, don't bother. The car was commissioned to Q by Aston Martin by an unknown customer as a one-off project. 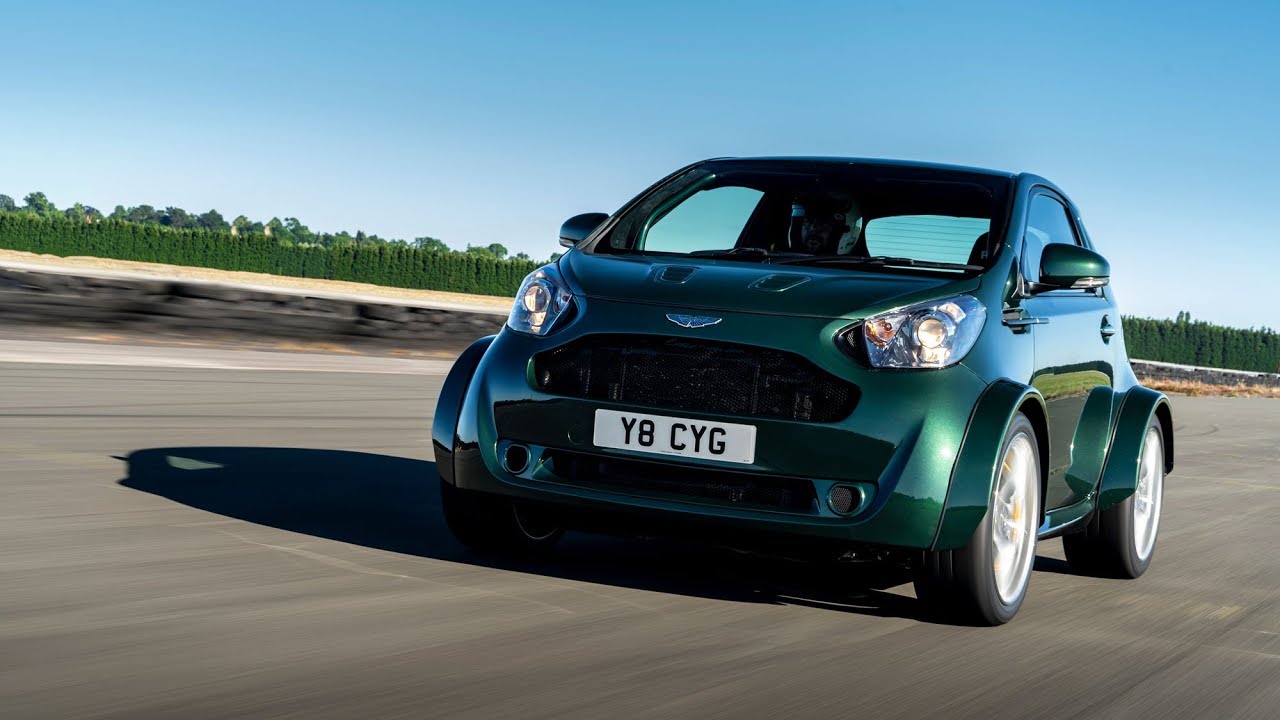 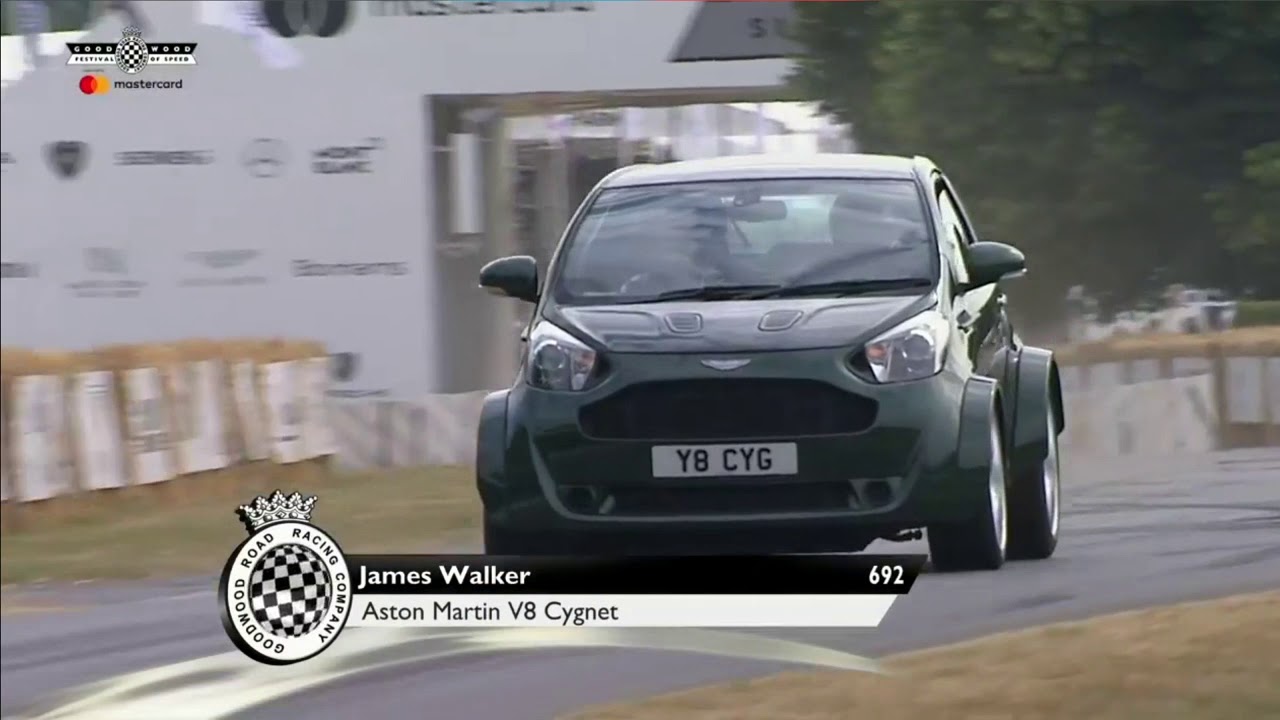 READ MORE: Luxury brands going micro: what would they look like?