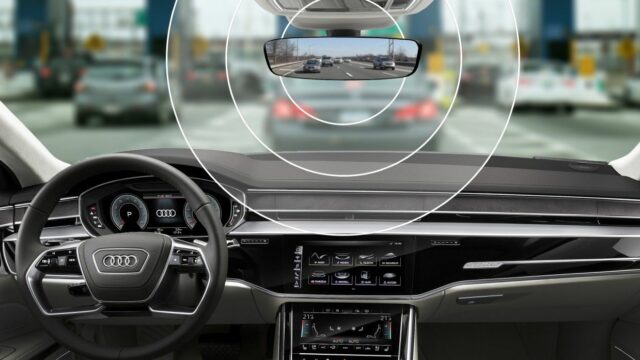 The system compatibility includes toll roads in the United States, Canada, and Mexico

The Integrated Toll Module, or ITM, is a toll transponder built into the vehicle's rearview mirror, allowing drivers to access toll roads in the U.S. and in parts of Canada and Mexico

Audi is the first automaker to launch a vehicle-integrated toll payment technology in the United States on some models from its line-up. For Audi owners, ITM provides an added layer of convenience and is well integrated with the general design of the interior.

The mirror-based toll payment solution gives convenient access to the country’s toll roads while helping to eliminate windscreen clutter and the need to manage multiple toll accounts. Drivers will be able to adjust module settings through the vehicle’s MMI – including turning the ITM on/off and changing the occupant settings for HOV/HOT lanes.

The ITM was developed for Audi by Gentex Corporation (NASDAQ: GNTX), which supplies automatic-dimming mirrors for all Audi vehicles. The ITM technology is compatible with existing tolling agencies nationwide and can be registered with a driver’s current account, new account, or a nationwide tolling account.

READ MORE: Everything you need to know about the 2018 Audi A7 Sportback