The Audi PB18 e-tron is a car born in the wind tunnel, delivered on the race track and shown to the world at Pebble Beach Automotive Week in Monterey, California

It's "a radical vision for the high-performance sports car of tomorrow", Audi says, and who are we to contradict the Germans? However, it's not of German origin, as its lines were created by a multinational team in the new Audi design studio in Malibu, California. Related to the Audi Aicon from 2017, the PB18 shares some design elements and also the electric drive with solid-state batteries - the real tech of the future, that we should start seeing on production cars somewhere around 2025. 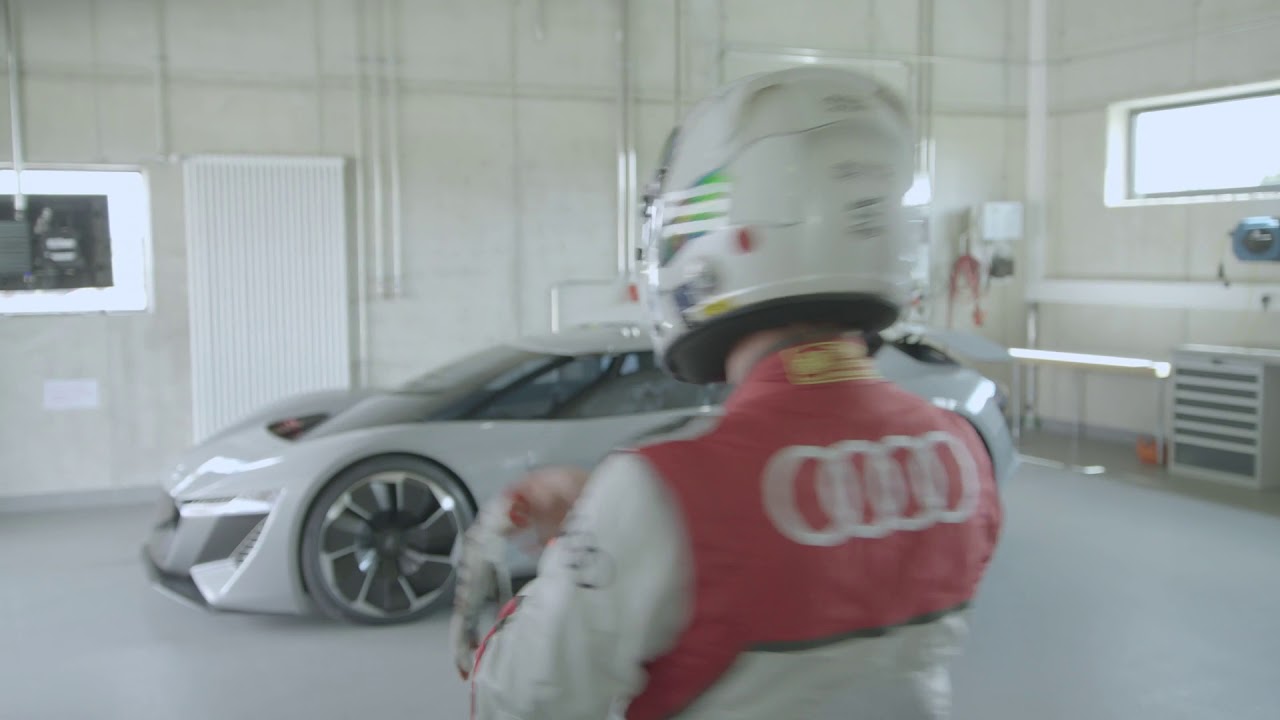 But the PB18 e-tron also shows Audi's ability to create completely different cars starting from the same technical platform, a thing that will define the future of car production. If the Aicon was a fully automated luxury vehicle, the PB18 e-tron is destined for the racetrack and the winding roads up in the mountains, being designed around the driver and catering only to his or her needs. The concept uses three powerful electric motors – one up front and two in the rear. The latter are centrally located between the steering knuckles, each directly driving one wheel via half-shafts. They deliver a power output of up to 150 kW to the front axle and 350 kW to the rear, acting like a true quattro system. Maximum output is 500 kW, but with boosting, the driver can temporarily mobilize up to 570 kW. The combined torque of up to 830 Nm (612.2 lb-ft) allows acceleration from 0 to 100 km/h (62.1 mph) in scarcely more than 2 seconds – a speed that differs only marginally from that of a current LMP1 prototype.

Audi PB18 e-tron - destined for the track, but you can enjoy it on the road, too

No driving assist functions, no comfort features, no nothing that could add weight or disconnect the driver from the simple task of enjoying the road. Inside you will find only a driver’s seat and a cockpit that is integrated into an inner monocoque shell that can be slid laterally. When driven solo, the monocoque can be positioned in the center of the interior as in a monoposto – the perfect location for the racetrack. This is made possible not least by the by-wire design of the steering and pedals; a mechanical connection of the control elements is not needed. Of course, when coming back from the track, the driver’s monocoque can be slid into the side position, from where the PB18 e-tron can be steered in everyday driving like a conventional road vehicle, so there's room for a passenger. An additional seat can be accessed on the other side, integrated low above the ground and equipped with a three-point seatbelt. The large-format cockpit itself is designed as a freely programmable unit and can be switched between various layouts for the racetrack or the road, depending on the scenario for use. Neat. A mix of aluminum, carbon and multi-material composites ensures the body of the Audi PB18 e-tron is light, even with the battery pack. By the way, because it uses a comparatively light solid-state battery, a total weight of less than 1,550 kg (3,417.2 lb) can be expected. Sitting on 22-inch wheels fitted with 275/35 tires in the front and 315/30 in the back, the PB18 e-tron is 4.53 meters long, 2 meters wide and just 1.15 meters tall (14.5 x 6.4 x 4.6 ft). The wheelbase is 2.70 meters (8.9 ft) and the overhangs are compact. Mind you, this thing also has a 470 liters (16.6 cubic ft) cargo space, so you'll be able to carry your luggage to the track and back. An exclusive luggage set customized to fit the cargo space helps to make optimum use of the luggage compartment – even if the luggage in this car frequently consists of nothing but a helmet and racing overall. The front and rear have independent suspension on lower and upper transverse control arms, and, as commonly found in motor racing, a push-rod system on the front axle and pull-rod system on the rear – in both cases with adaptive magnetic ride shock absorbers. The suspension of the Audi R18 e-tron quattro Le Mans racing car served as the model for the basic architecture. Not only the drivetrain technology was transferred from the LeMans R18 racing car, but also the laser high-beam headlight with its impressive range, allowing the driver to see perfectly without annoying the incoming traffic, or when driving on the track by night. Other gadgets complete this track-oriented package - mounted within the field of vision is a transparent OLED surface. The ideal line of the next curve can be shown on it, for example, precisely controlled with data from navigation and vehicle electronics. In normal road traffic, on the other hand, the direction arrows and other symbols from the navigation system will act like a normal head-up display.

Driving the PB18 as a normal daily car

Audi also toyed with a lot of customizable functions that will be seen in its production cars after 2020. For example, in normal road traffic, the driver can limit the maximum speed in favor of range. This limitation is easy to deactivate on the racetrack and can be adapted to local conditions. The focus is on not just powerful performance but also maximum efficiency. While being driven, the Audi PB18 e-tron recovers large amounts of energy: up to moderate braking, the electric motors are solely responsible for decelerating the vehicle. The hydraulic brakes only come into play for heavy braking. The concept of separate electric motors on the rear axle offers major advantages when it comes to sporty handling, Audi engineers say. The Torque Control Manager, which works together with the Electronic Stabilization Control (ESC), actively distributes the power to the wheels of the front and rear axles as needed. This torque control provides for maximum dynamics and stability. Thanks to the virtually instantaneous response of the electric motors, the control actions are lightning-quick. The drive concept of the Audi PB18 e-tron adapts perfectly to every situation, whether involving transverse or longitudinal dynamics.

The liquid-cooled solid-state battery has an energy capacity of 95 kWh. A full charge provides for a range of over 500 kilometers (310.7 miles) in the WLTP cycle, so there's absolutely no range anxiety here. The Audi PB18 e-tron is already designed for charging with a voltage of 800 volts. This means the battery can be fully recharged in about 15 minutes. Of course, it remains to be seen how fast the car will overheat on the track, as this still is a problem for battery-powered cars. The Audi PB18 e-tron can also be charged wirelessly via induction with Audi Wireless Charging (AWC). This is done by placing a charging pad with integral coil on the floor where the car is to be parked and connecting it to the power supply. The alternating magnetic field induces an alternating voltage in the secondary coil fitted in the floor of the car, across the air gap. Expect many of the technologies showcased on the PB18 to make it into production on various Audi models after 2020, as the brand will invest massively in electrifying its lineup. 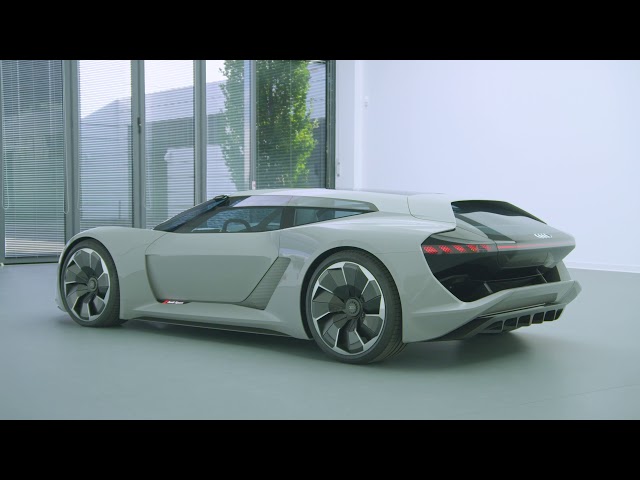