The roundest kid in this class still has something to prove

Top Gear brought together three of the most powerful Audis in the car maker's current lineup, for a drag race with a very foreseeable ending. The Audi S8 meets RS6 and R8 V10 Plus.

Now, the RS6 uses the same engine, boasting the same figures, with one small difference: its weight. While not a ballerina itself, the RS6 tips the scales at 4,464 pounds (2,025 kilograms), so it's some 88-pound (40-kilogram) lighter than the S8. It's a drag race, so this is an important detail in this context. The RS6 needs just 3.7 seconds to reach the 62 mph mark.

In this context, the S8 looks like a barge but just think of this: both the sportiest and the most luxurious Audis can launch from 0 to 60 mph in under four seconds! 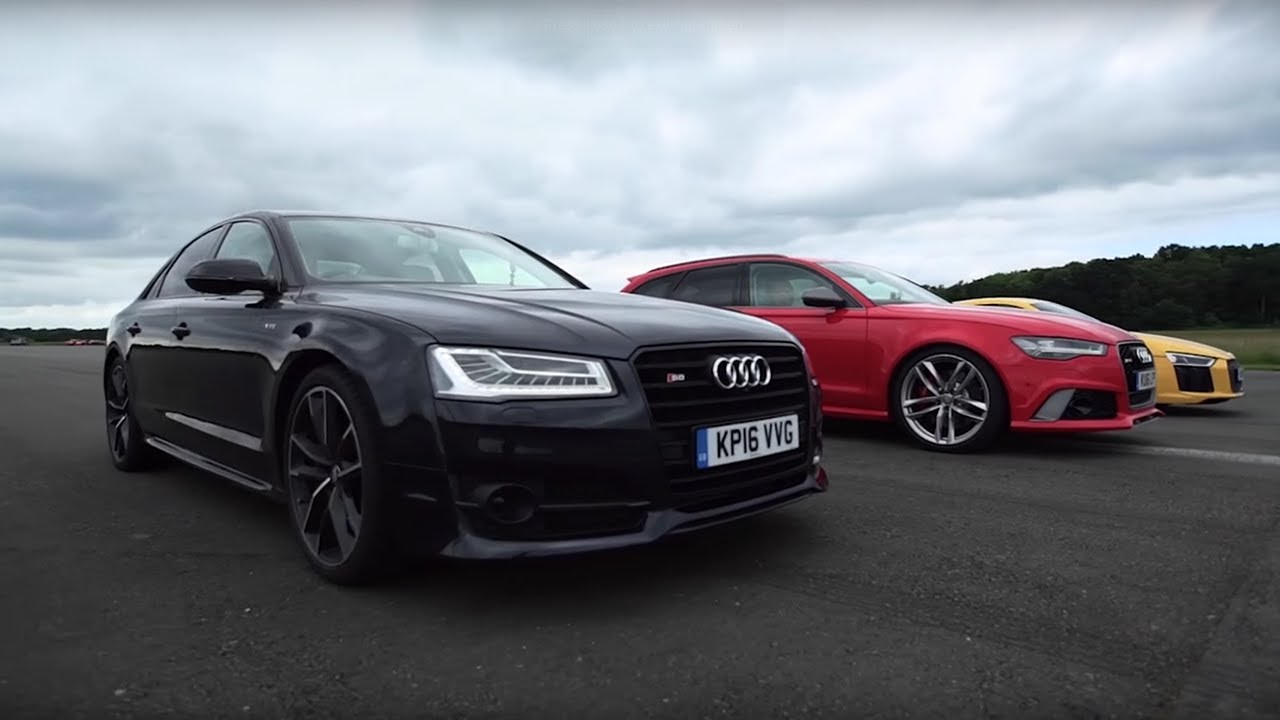