BMW will replace the 3-Series in 2018 so, naturally, the tests have already begun with the first "mules"

“Mules” in the world of cars are prototypes of future models with the new technology – floorplan, drivetrain, mechanics – hidden under a roughly adopted but usually undisguised body of the outgoing model. That, at least, is the way most manufacturers go.

BMW, however, does things a little different: They, too, hide their new developments under false body parts – but these are a wild mix of old and new plus the addition of tons of plastic elements, all covered up by swirly camouflage. So it has been with the “new” 3-series spy photographers sent shots of since almost a year. These new images, however, finally show the real machine with all the right parts in place – the real doors, hood and bonnet, the new headlamps and taillights. Despite all this black-and-white foil: You’re now looking at Munich’s next compact saloon.

The next BMW 3-series, codenamed G20, aims to close the gap with the new class-leaders, the latest Mercedes-Benz C-class and new Jaguar XE. Gone are the days of BMW hegemony in this important sector, and they're pulling out all the stops to close the gap.
Last year Munich uncovered the facelifted version of today's 3-series, but today we can lift the lid on its successor – the all-new model is coming in 2018. This is BMW's best-selling model by some margin – it's vital that they gun for class honors. 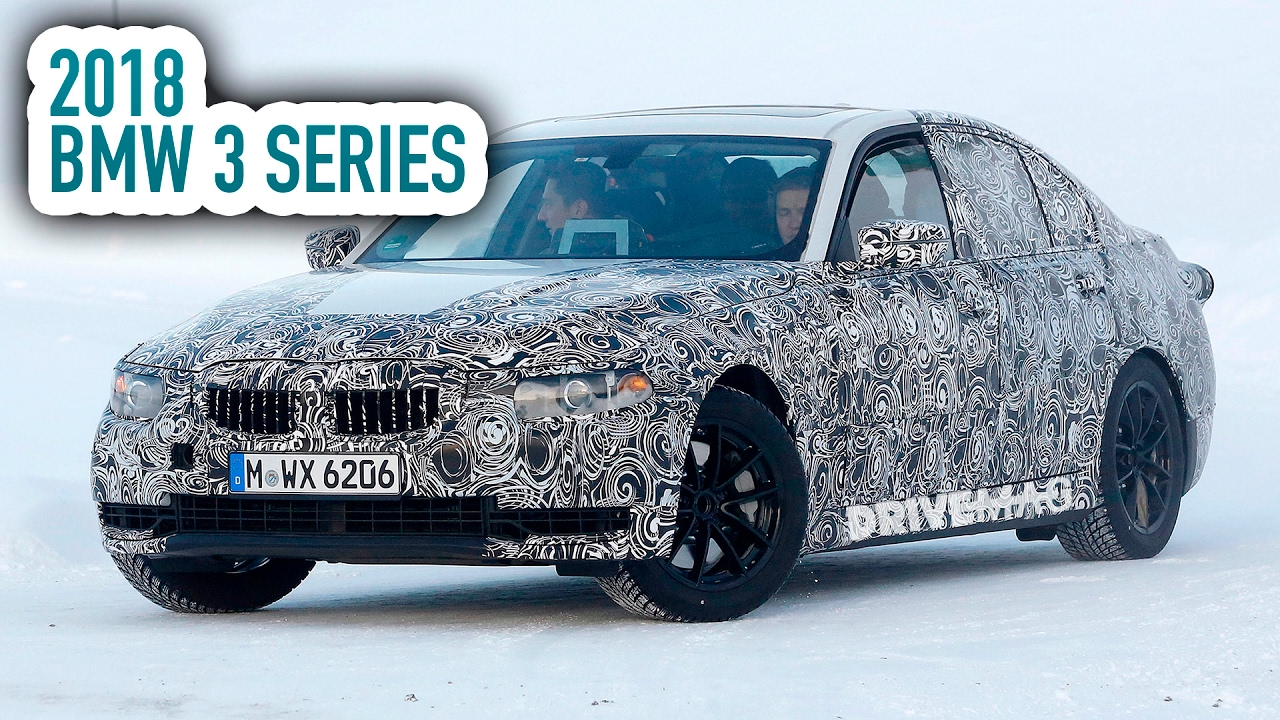 The current 3-series is aerodynamically efficient and cleverly packaged if a little generic in the BMW jelly mold. The design needs to move on, insiders admit, and it will do so by redefining the overall proportions, the relation between the more muscular body and the sleeker greenhouse, and the stance which will likely be sportier.

These first spy shots from the Munich headquarter point to a modest refresh: sharper creases, harder edges, and even tighter cutlines. Audi has become very good at putting these difficult features into production, and BMW should also be able to machine a more distinct quality touch into the sheet metal of G20. What helps in this department is the highly flexible new architecture known as CLAR – short for cluster architecture, which is set to form the backbone of all future rear-wheel-drive BMWs.

Forget for one moment planned eye-catchers such as polished wheels, matt paint, LED matrix headlights and motorized grille louvres. These items may be currently en vogue, but the next 3‑series is less about equipment-related bling than the car it replaces. It's more about substance, character, craftsmanship, visual and haptic quality, say our sources.

This is relatively easy to implement but positively expensive to fund, especially for a mid-margin high-volume product like this. But to close the gap to the competition, BMW must invest in better materials, enhanced specification and higher-quality details such as carpets, rubber seals, and sill covers. While G20 will again offer a choice of equipment packs, this time it is safe to expect more content as well as more variety and better value for money. Expect the option of upgraded sport brakes, a power boost for the M pack, bespoke assistance systems, and a top-notch infotainment for the luxury model lines.