Just like with the Easter egg concept, automakers like to brag around without truly accepting the idea of things going wrong, not even a bit.

I mean, not all of the stunts are risk-free. Sliding a Nissan GT-R at 189.5 mph (305 km/h) surely has potential for disaster. Or, you know, launching a truck into the air for a 379-feet long jump, just to give you another example. However, drifting in a circle for a long period of time, on a constantly wetted track, challenges you not to fall asleep while doing it rather than keeping your hand steady, and yourself in one piece, eventually. But a record has to be broken, so BMW thought about adding a little extra in their drift record-breaking attempt: refueling on the go. 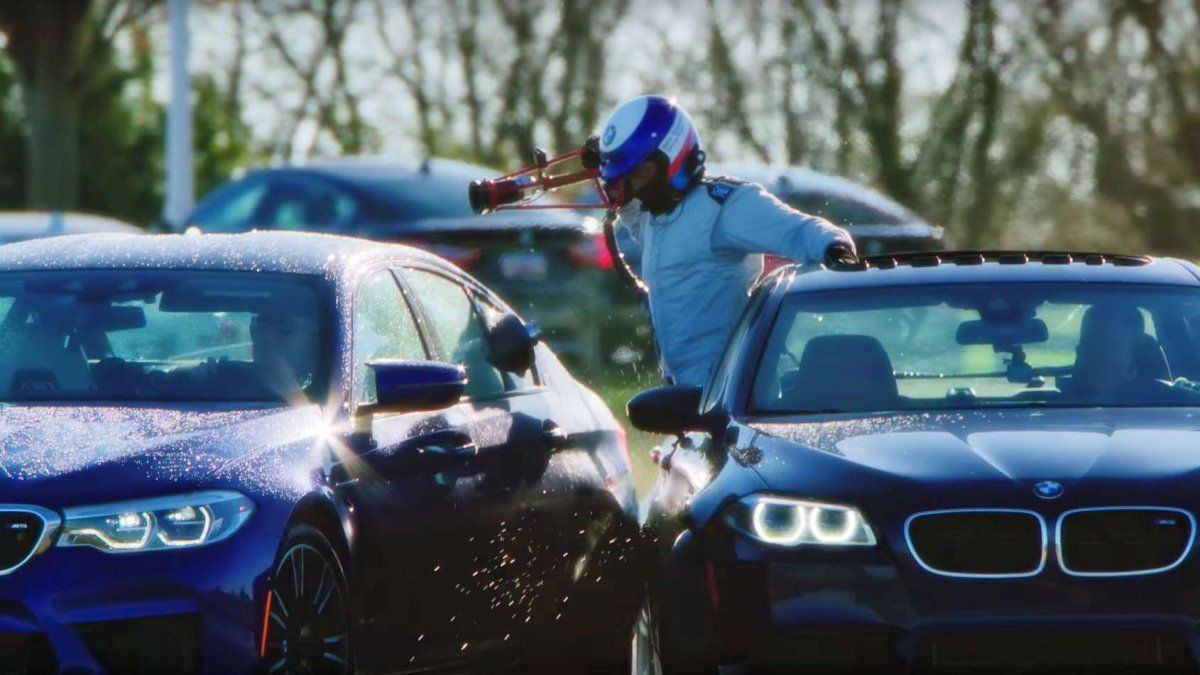 You see, I believe the refueling issue may have alternative solutions. The car could have had a larger fuel tank installed. Or, given the fact the car was going around in circles, a center-mounted, rotating crane arm (with a hose attached to it) could have done it. But no, BMW preferred the one with a man hoping not to get sandwiched between the two sideways-moving M5s — a thing that almost happened, by the way.

8 hours, and 232.5 miles later, the new BMW M5 became the Guinness record holder for the longest continuous drift. And no one died or got hurt, although they could've. And that’s just the thing we want to see. Something daring. In the end, that’s what a stunt is all about, right? 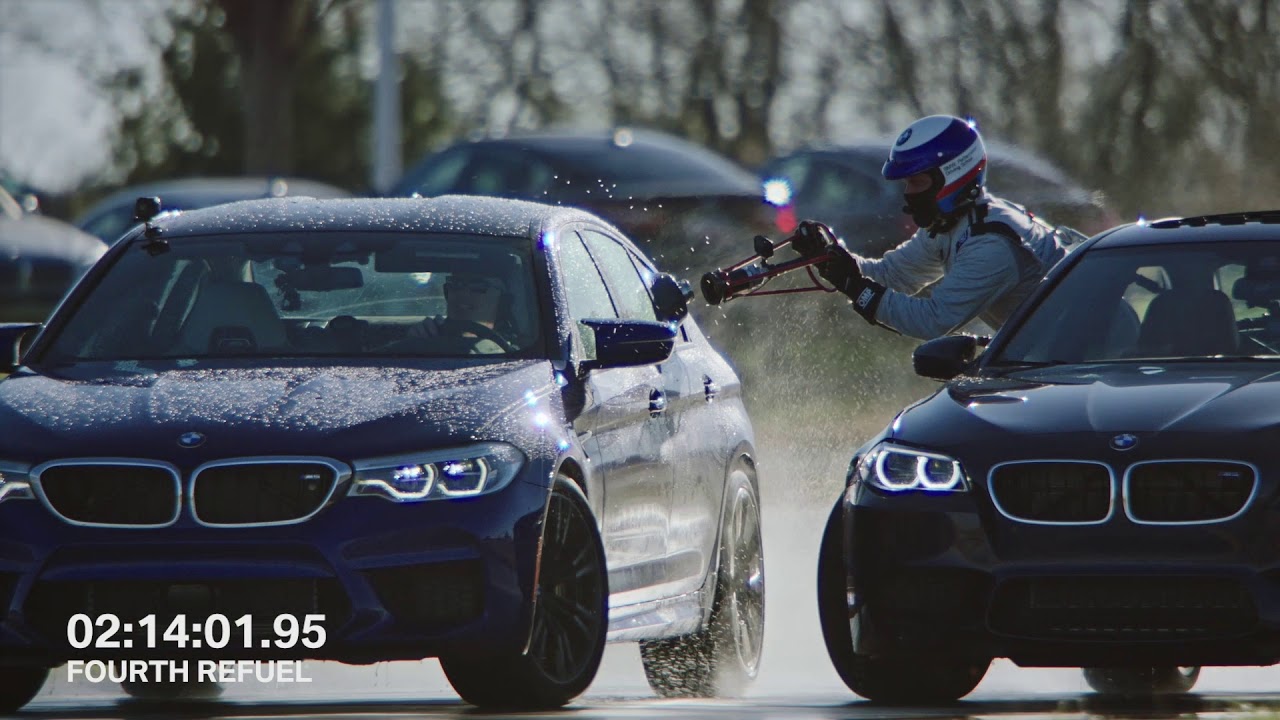