BMW M240i Is Actually Faster than an M2

We don’t know what BMW’s strategists are cooking, but we can’t really explain why this is

The M2 is BMW’s entry level offering to feature the brand’s full Motorsport treatment, yet there is now no need to buy one as you get pretty much the same level of go in the much less flashy M240i.

We tried the M140i, which is a hatchback instead of a coupe with minor differences, and found it blisteringly quick. It was hugely fast off the mark, but more so once you were on the move, as you could access its 500 Nm of torque between 1,500 and 4,500 rpm.

The M2 has the older generation of the same engine found in the 240i and 140i, yet it has 30 more horsepower (for a grand total of 370 hp) thanks to special Motorsport tuning. The M Performance models have less power, but more torque than the M2’s 465 Nm output.

All of the above is very obvious in the video below, where the M2 confirms it does sprint faster than the M240i, yet after around 90 mph, the latter takes over quite dramatically. 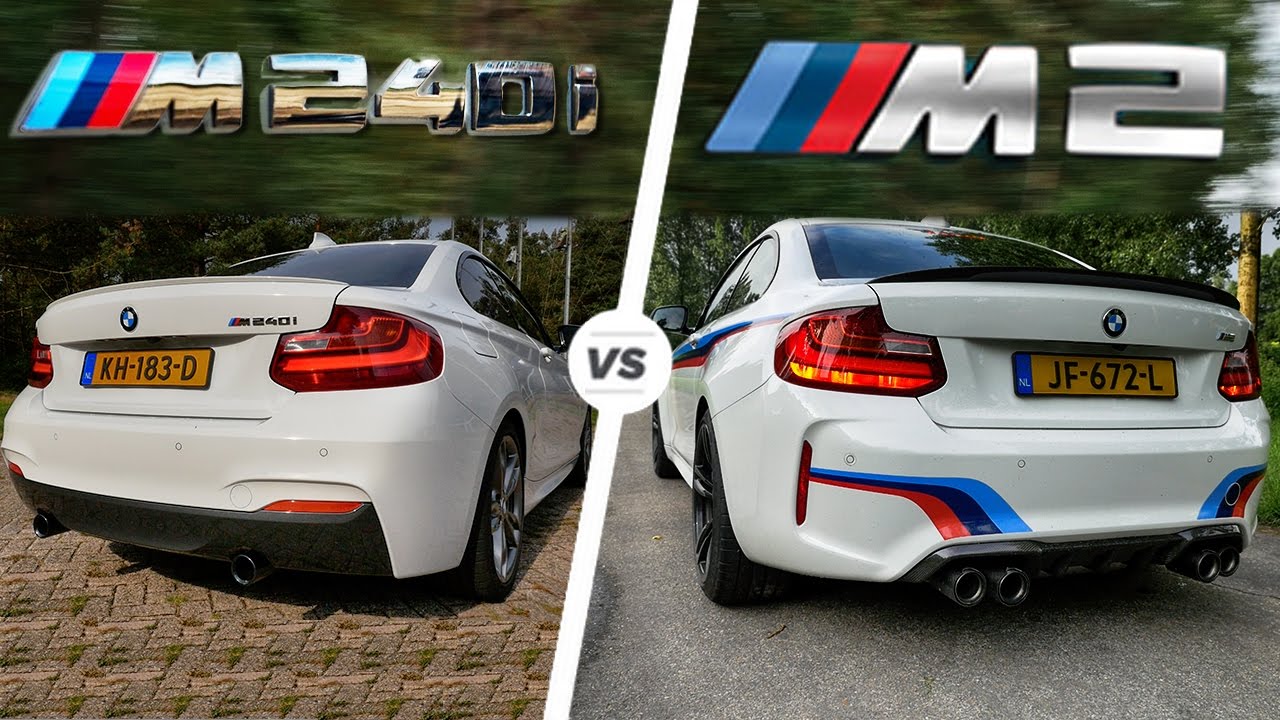