The result is a no-brainer, really

Are you curious about just how a BMW M760 stands against a superbike in a drag race? We neither, but here it is anyway.

The guys at carwow had an M760 tester in their possession when the Panigale showed up in the area, so they thought “Heck! Why not pitch the two against each other in a drag race?” Can you blame them?

Now, it’s not a surprise that the Panigale will catapult to the finish like no other, but it’s impressive just how quick the M760 is off the line. 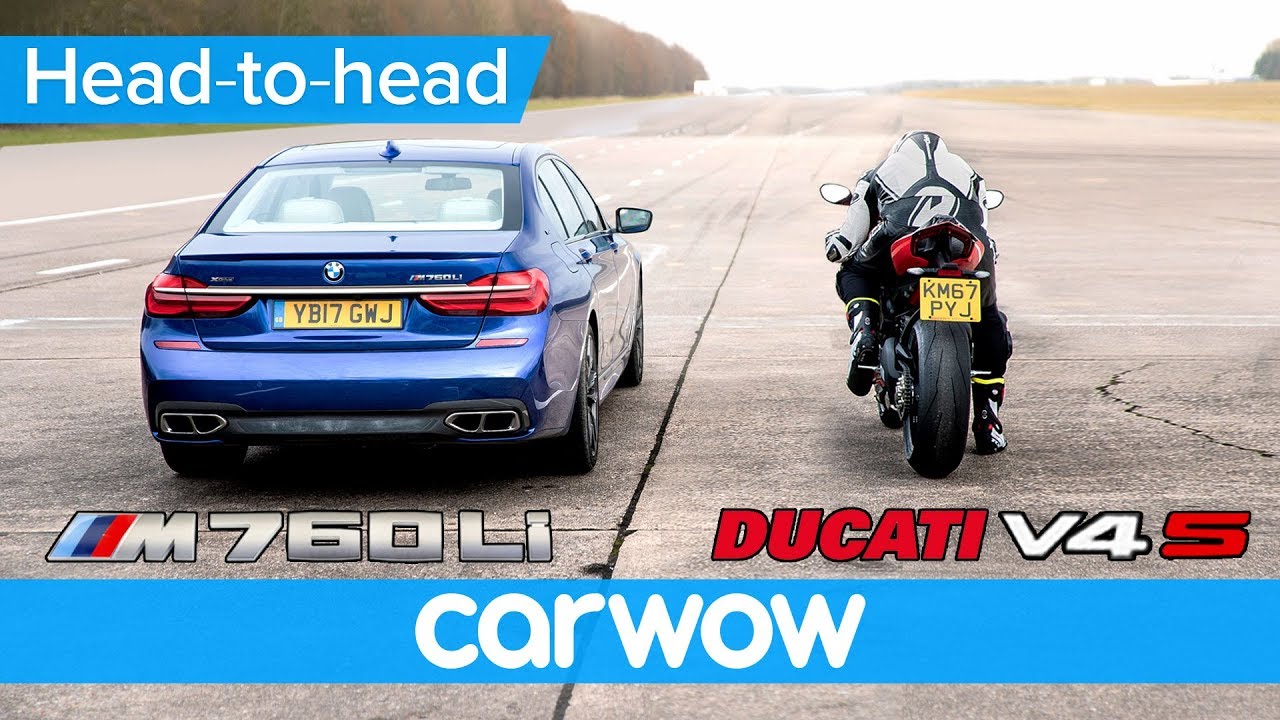 Now that we got you interested in oddball contests, see how a Dacia Logan does against a Mercedes-AMG E 63 S.