Right at the pinnacle of both BMW and Mercedes’ performance and luxury ranges we find the M760i and the AMG S63 respectively.

One is powered by a big six-liter twin-turbo V12 while the other makes do with a much smaller four-liter twin-turbo V8 engine. Even so, they make nearly identical power, but the Mercedes just nudges torque even with its displacement handicap - it makes 900 Nm versus the BMW’s 800 Nm.

Carwow put the two alongside on a runway to find out exactly which one is quicker and by how much. Standing and rolling start straight line races prove that even with the torque advantage of the S-Class (and the fact that in this comparo, it was nearly 200 kg lighter than its rival) it’s surprisingly close. 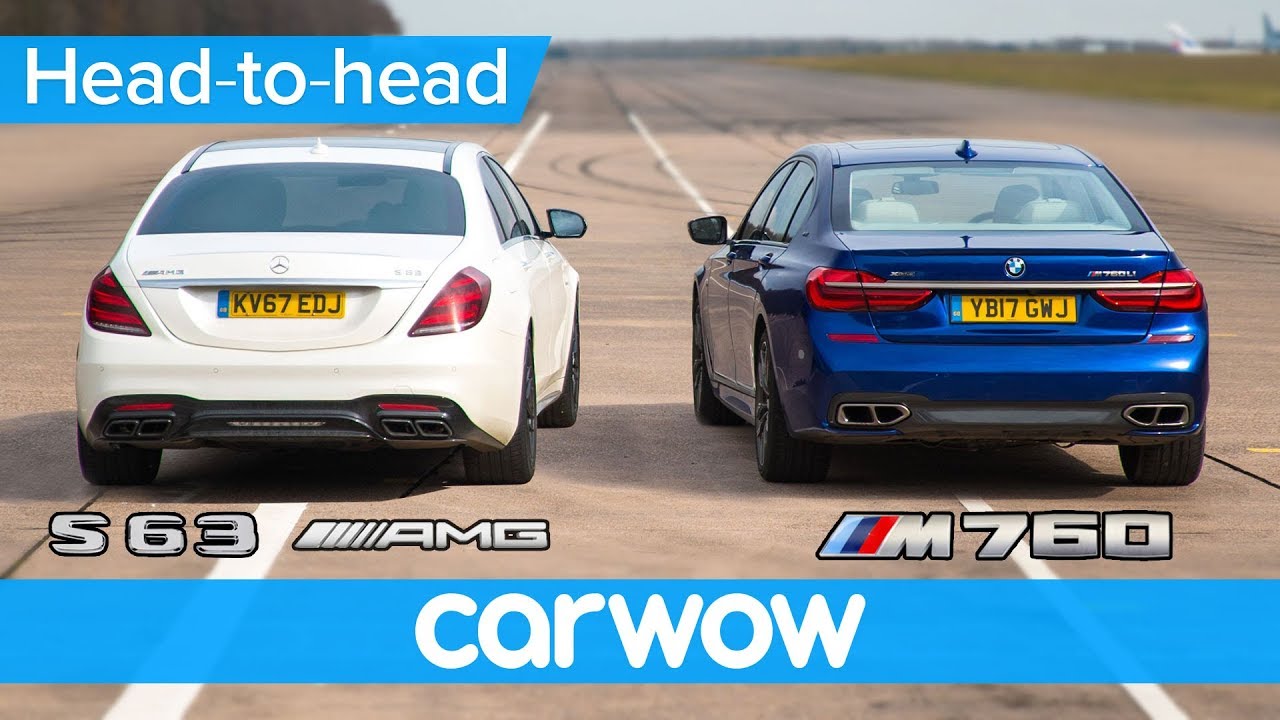 CHECK OUT: Our own road test reviews of the Mercedes S-Class and BMW 7-Series