BMW X1 gets a new makeover and plug-in hybrid option

The smallest BMW SUV has been given a mid-life facelift

BMW X1 is the most popular SUV from the Bavarian carmaker range.

The X1 has received a mid-life makeover and a plug-in hybrid version, for the first time available outside the Chinese market. The new BMW X1 has a larger grille – the kidneys now merging in the centre – that links up with new Adaptive LED headlights including sharper light iconography and a bumper with integrated LED foglamps and larger air intakes. The rear end of the X1 also houses new stylistic features. For example, the new inlay in the body-color rear apron adopts the car’s main body color. This new feature is included as standard. Another highlight can be found on the driver’s-side exterior mirror, which projects a two-tone LED “X1” image when the car is unlocked. This feature also makes getting into and out of the BMW X1 that much easier. BMW X1 also gets the new xDrive25e hybrid plug-in variant. It goes on sale in March 2020 and uses a 125 hp three-cylinder petrol engine mated with a 95 hp electric motor powering the rear wheels for four-wheel drive. 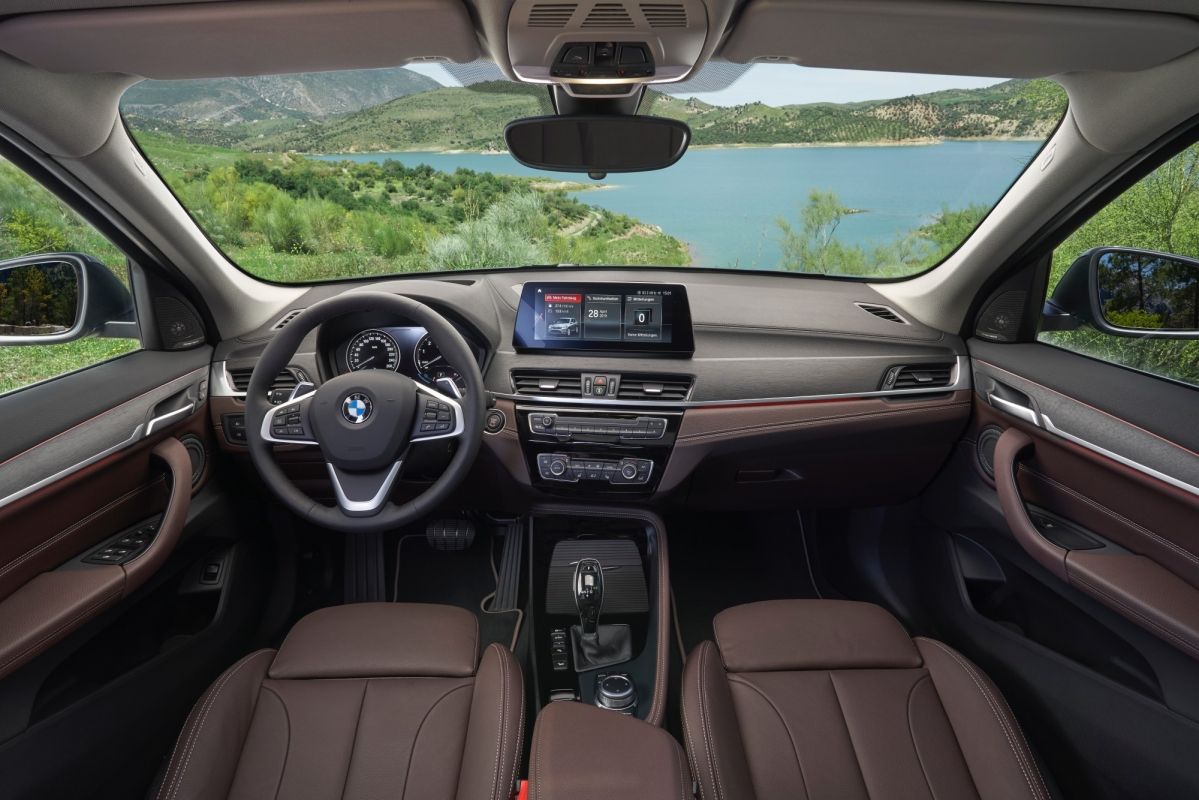 The plug-in version is fitted with the fourth-generation BMW battery technology, which gives the battery a gross energy content of 9.7 kWh. As a result, the plug-in-hybrid BMW X1 can cover more than 50 km (31 miles) on electric power alone. 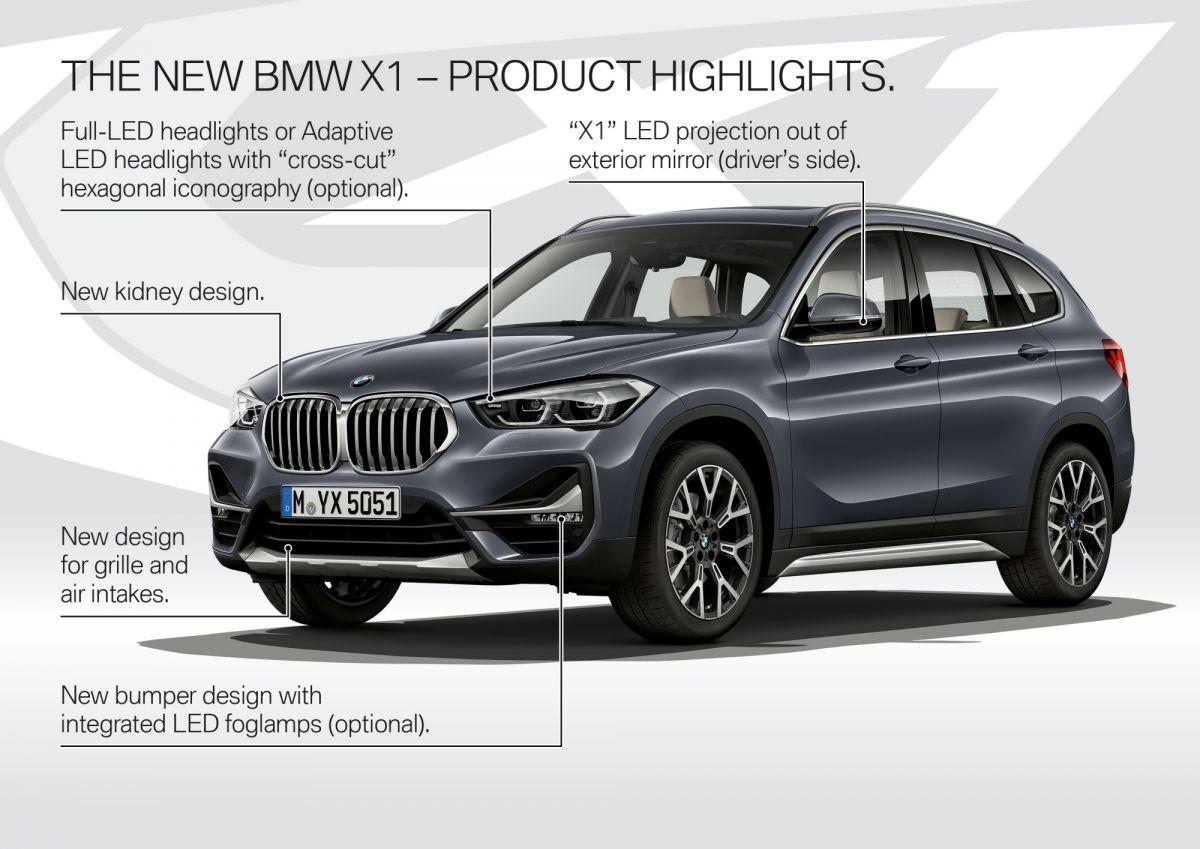 Besides the plug-in variant, BMW offers the sDrive16d with the 1.5-liter TwinPower Turbo three-cylinder diesel that produces 116 hp and the xDrive25d with a turbocharged 2.0-liter four-cylinder developing 231 hp. There will also be a petrol-powered X1 xDrive25i with 231 hp.