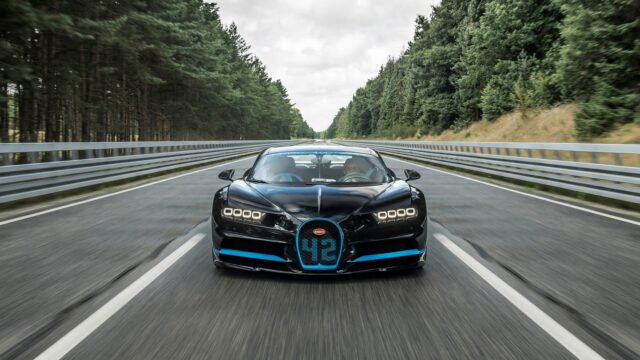 Remember the report saying Bugatti’s Chiron can’t hit its top speed because there aren’t currently tires capable of handling such duress? Well, don't forget it just yet, but keep this in mind: the Chiron just set a new world record.

41.96 seconds were enough for the 1,500 hp Chiron to obliterate the 0-400 km/h (249 mph) interval and then go back to 0, with ex-Formula 1 maestro Juan Pablo Montoya (currently active in the Indy Car series) at the helm. This is the fastest time ever reached and officially measured for such an attempt by a production vehicle.

And since we mentioned tires, note that Bugatti worked together with Michelin on a new high-performance compound that could withstand the amount of force sent to the driveline by the 8-liter, quad-turbocharged W16 engine.

To put things into perspective, at 400 km/h, the centrifugal force makes one gram of rubber tip the scales at 3,6 kg. Subsequently, a tire valve that normally weighs just 18.3 grams when stationary turns into a 45-kg spinning projectile at that speed. The run stretched over 3,112 meters.

On the flip side, Bugatti says the Chiron needed 9.3 seconds and 491 meters to safely brake to a complete halt. In the process, the driver experienced a force of about 2 g.

Talk about records, here’s how much fuel the Chiron gulps down according to EPA ratings.