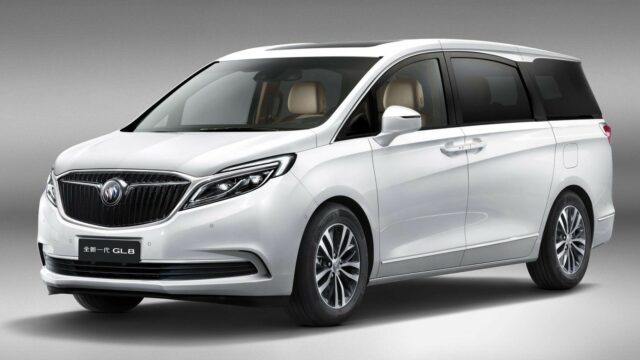 It's no secret that China has replaced the United States as Buick's largest market for many years now, so it should come as no surprise that the GM-owned brand develops models specifically for the Asian country.

While in the U.S. Buick doesn't offer a minivan, in China the lineup includes the GL8, which has already reached its third generation since the original model launched in 2000. Going on sale later this year, the all-new Buick GL8 luxury MPV continues to offer seven seats but with a roomier cabin than its predecessor thanks to shorter front and rear overhangs as well as increased height.

Retaining the previous generation's 3,088-mm wheelbase, the new Buick GL8 will offer a premium interior that "will meet the needs of business and family users," according to the automaker. The GL8 is also said to take riding comfort to a new level.

Styling-wise, the third-generation GL8 adopts Buick's new global design language, with enhancements inside and out, while powertrain, features, and technology are also significantly improved. Word in China is the new GL8 will gain a 2.0-liter, four-cylinder turbocharged gasoline unit with roughly 250 hp.

The GL8 is an essential model for Buick in China, with sales of 76,607 units last year. The minivan has helped make Buick the third-largest passenger vehicle brand in China.