Can you explain how was this Mercedes-AMG GLE 63 overturned by a mere roundabout?

Is it the car's faulty structure, or it's just physics at work?

A celebration turned sour in Nantes, France when the driver of a Mercedes-AMG GLE 63 tackled roundabout in full throttle, making the car overturn.

As the comments from the Reddit post show, the car was most probably rented for a wedding. It’s a luxury rental so yes, it has a “caution” deposit of around €2,000, as the Nantes locals confirmed in the comments section. Let’s say the driver paid for its stupidity — to the rental, to the police, etc. — and focus on the real matter here, the accident itself.

Now, there’s a whole debate here regarding how the GLE reacted here, some people saying the car has a structural flaw while others say it’s just physics, and stupidity. We believe it’s one of those rare cases where it all works against the car, even its perks.

The roundabouts are not perfectly flat, so tackling one from this angle is like exiting a (very steep, very sharp) off-camber turn. Now, the fact that the AMG GLE 63 has fat rubber on its wheels means it can hold grip despite powerful forces acting upon them. Lastly, the fact that it sits high off the ground — thus having a high center of gravity — doesn’t help at all here.

But that’s how we see it. Tell us in the comments below how you explain this unfortunate, embarrassing event. 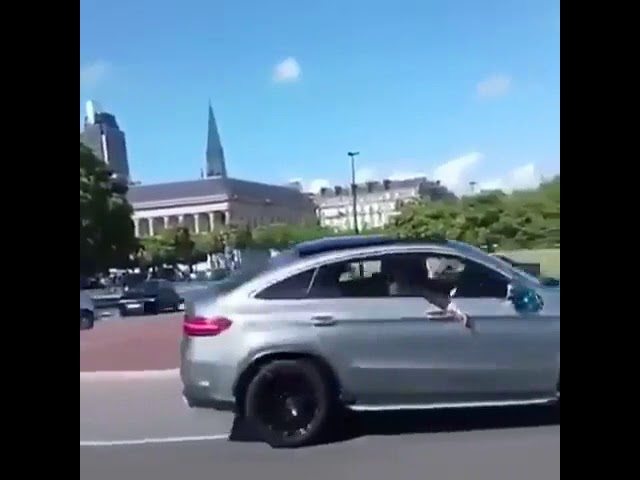