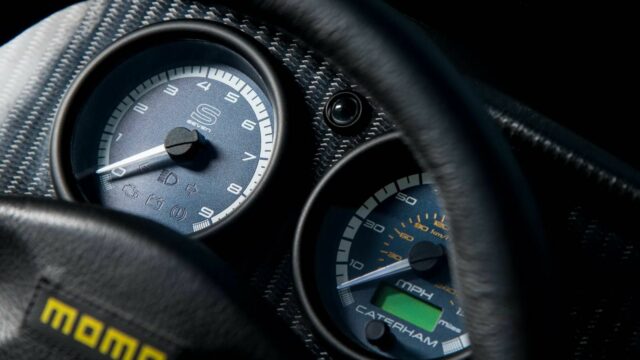 Caterham has been beavering away at updating the Lotus Seven for more than four decades, and their updated 2016 range doesn’t change their sole object of focus

Caterham has been beavering away at updating the Lotus Seven for more than four decades, and their updated 2016 range doesn’t change their sole object of focus. The Seven retains its iconic shape and character yet has evolved over the years and in 2016 you’ll have more options than ever whisk up your perfect combination.

Back in 2015, the automaker reshuffled and simplified its range into a total of five models, three of which were new back then: the 270, 360 and 480. They completed a range starting off with the Kei car-powered 160 and ending with the brutal 620.

All variants also gained an S or R designation, depending on which pack you specified. These were not available on the top 620 model, yet as of 2016 they have been added.

A 620S, for instance, can be had with an optional longer and wider chassis known as S5 (the one used in the 620R is the smaller S3). S is the more comfort-oriented approach and it adds a heater, larger 15-inch wheels with less aggressive tires than the R, a full windscreen and even more pliant suspension for those looking to drive their Seven exclusively on the road.

Graham McDonald, the CEO of Caterham Cars, explained that “when we launched the 620R, we knew that we were unleashing a beast upon the world. It’s never been one for the faint-hearted and should really come with its own health warning.”

He added they “are, of course, sensitive also to those customers who want the ridiculous performance stats without having to worry about donning race overalls to access them. The new options mean that customers who want the best of both worlds can have exactly that, whether their aim is to pound around the race tracks of the UK or take a Sunday drive, albeit a deliriously exciting one.”