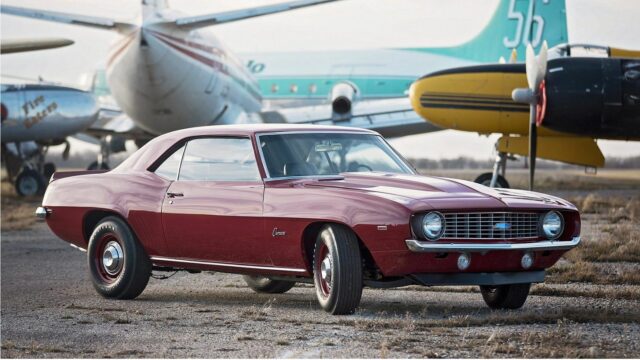 GM built the Camaro in response to Ford's Mustang, thus creating one of the car industry's most notable rivalries, which goes back half a century.

The model enrolled by Mecum Auctions is a rotisserie-restored 1969 Chevy Camaro which still retains the original M21 four-speed transmission and the sought-after 427 cu in (7.0-liter) V8 with 435 hp on tap.

But the devil hides in the details and what makes this Camaro stand out has to do with the pony's equipment offerings.

On the appearance level, it's one of the cleanest '69 Camaros we've seen recently and should it appeal your eye, head over to its auction card and see if the pony car is fit to decorate your garage and brighten your weekend strolls.