Curious how many passengers can ride in a Civic? Watch this crash unfold

Remember those automotive world records that consist in stuffing as many people in a car, more frequently a small one? This peculiar crash could easily rank as a runner-up for this kind of performance.

A CCTV footage from Leicester, England starts with what seems to be a classic late-braking crash between a Honda Civic and the Audi in front of it. But the outcome of this incident is far more unexpected.

After the Civic reaches a complete (and sudden) stop, its doors open, and people start exiting the car, running away. We’ve also seen that a couple of times — a literal interpretation of a hit & run incident — only this time we’ve lost the people count, as we were not expecting to see THAT many passengers in a Civic hatchback.

There are nine of them in total, with one of them sitting in the trunk of the car. It's the reason why the driver returns to the car: to unlock the trunk and let its occupant free. 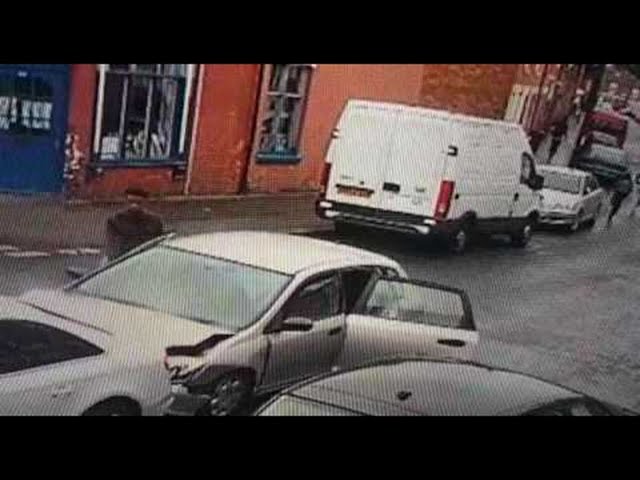 The funny bit aside, we’re wondering what took the Audi driver so long to exit the car. A twenty-second complete evacuation is impressively fast, given the number of occupants, but on the video it looks like plenty of time to check your rear mirror after the crash, exit the car and start chasing one of the fugitives. Or, you know, be there just in time to have a chat with the trunk passenger.

Speaking of incidents that have WTF written all over them, here's another crash that left us with a couple of questions and no answers.