Last year I had the opportunity to drive the Renault Clio RS 220 Trophy for a day, and while I found it a sharp and quick little hot hatch, I couldn't help but wonder what it would be like with a manual gearbox instead of the six-speed dual clutch transmission.

This year I got the answer, but not in the form I expected. I didn't get to drive a prototype Clio RS 220 Trophy fitted with a manual gearbox (Renault doesn't plan such a version, unfortunately), but the Clio Cup race car equipped with a Sadev six-speed sequential transmission. Who was I to say no to Renault's invitation for a track day? The Clio Cup has a clutch pedal, so it's a manual car, but it lacks a gear lever. Instead, it features gearshift paddles. It may sound confusing, but it isn't. You only need to press the clutch when you select first gear to pull away, and you do that by pressing a blue button on the steering wheel first and then engaging first gear using the right-hand paddle shifter. All the subsequent gear changes are done via paddles only.

I got all this information from Renault Sport test driver Paul Santos, who explained to me from the passenger seat how to get the Clio Cup going — but not before patiently waiting for me to squeeze through the narrow roll cage opening and settle in the tight and low passenger seat. Confession: I stalled the car the first time I tried to pull away. Paul didn't seem too surprised but told me I needed to release the clutch very slowly as it had a long bite. Indeed it had, and pressing the left pedal required some muscle too. Not exactly unexpected in a race car.

Surprisingly, I got it right the second time, and that meant I could unleash the Clio on the track. Or at least not make a fool of myself. The rainy day was a blessing in disguise, as that meant reaching the limits of the Clio Cup didn't require very high speeds. 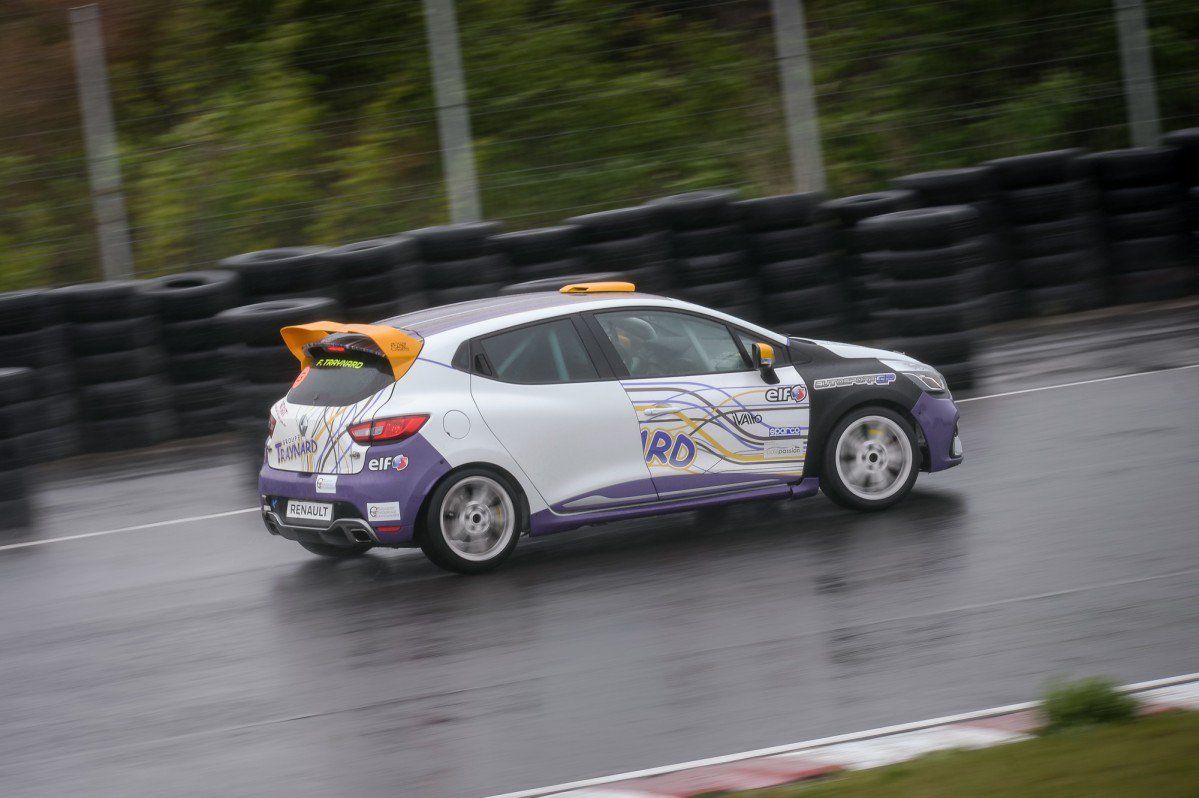 For safety reasons, both Clio Cups available were shod with road tires instead of the sticky slicks used during races. But the car still kept me on my toes. The rear end tried to trigger a slide a couple of times, but with such a well-balanced chassis and with my bottom tickled by the vehicle's center of gravity, I was able to thwart those nasty attempts very early.

What amazed me the most about the Clio Cup was how raw and direct its every input was. The unassisted steering may seem unnecessary at first, but once the wheels start turning the helm becomes lighter and offers a depth of feedback the road car can only dream of. 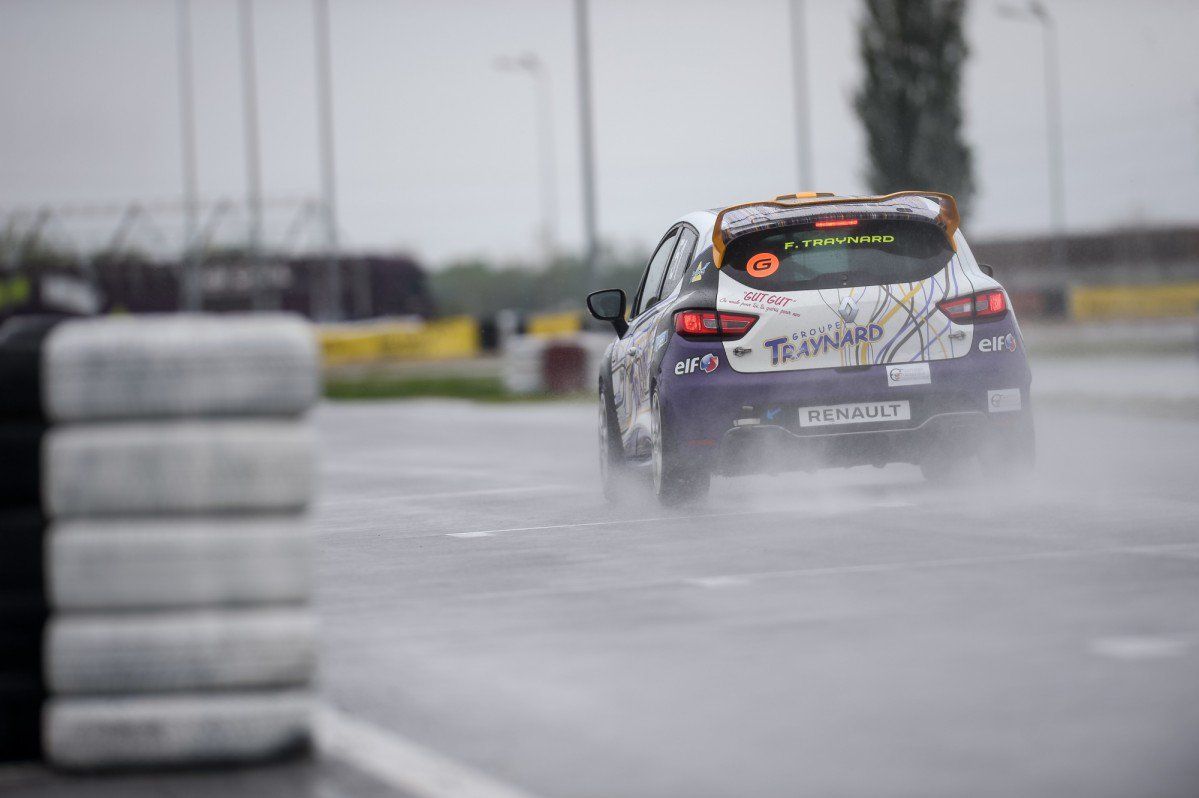 Pushing the brake pedal is like trying to leave your footprint onto a slab of concrete, and you soon realize you should have worked your legs more at the gym. Pressing the middle pedal is a very physical thing because the AP Racing braking system is unassisted. It doesn't even have ABS, which means you have to develop a more passionate relationship with the brake pedal — with more ups and downs, I mean. Engine braking also helps fine tune your corner entry speed.

Once you adjust to that, the Clio Cup becomes hugely satisfying to drive. Gear changes are instantaneous (100 milliseconds) and accompanied by kicks in the back, while the throttle has a much longer bandwidth than the engine sound alone would lead you to believe. 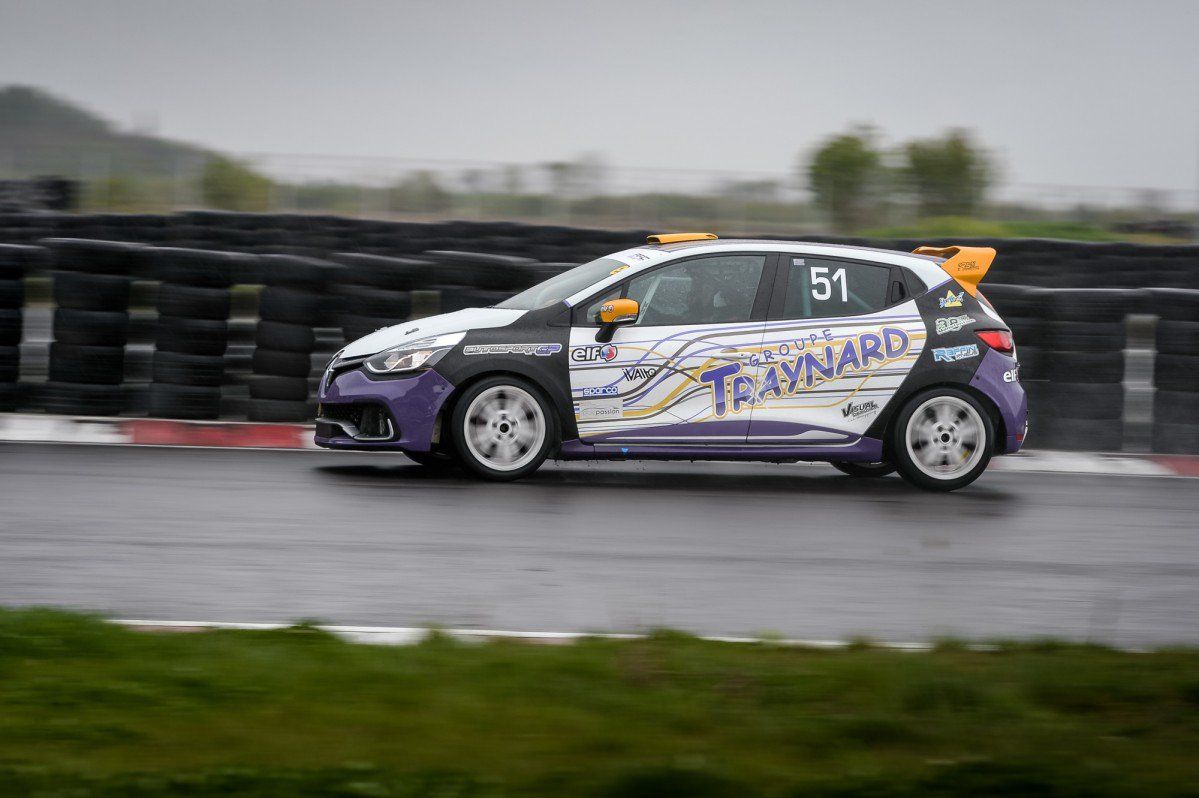 Actually, after the first lap, Paul told me to look at the digital rev counter atop the steering column and not upshift before I reached the red zone. Which I did, and it amazed me how the 217 hp (220 PS) 1.6-liter turbocharged four-cylinder engine didn't seem to run out of steam, not even past 5,000 rpm.

And that turbo spool noise, oh my God! It's just a part of the Clio Cup soundtrack because in Renault's race car you're not insulated from anything. You hear every little stone that hits the underbody, mechanical coupling noises from the transmission, the baritone tone of the exhaust, the discs squealing during hard braking, the wind noise on the long straight.

I could not believe the sheer speed the Clio Cup could carry through corners, and, as I learned from my instructor, that was in part due to the Sadev differential. Carrying too much speed into a turn, you get the sense you'll get up close and personal with the barriers, but then an invisible hand puts you on the right track. Magic! 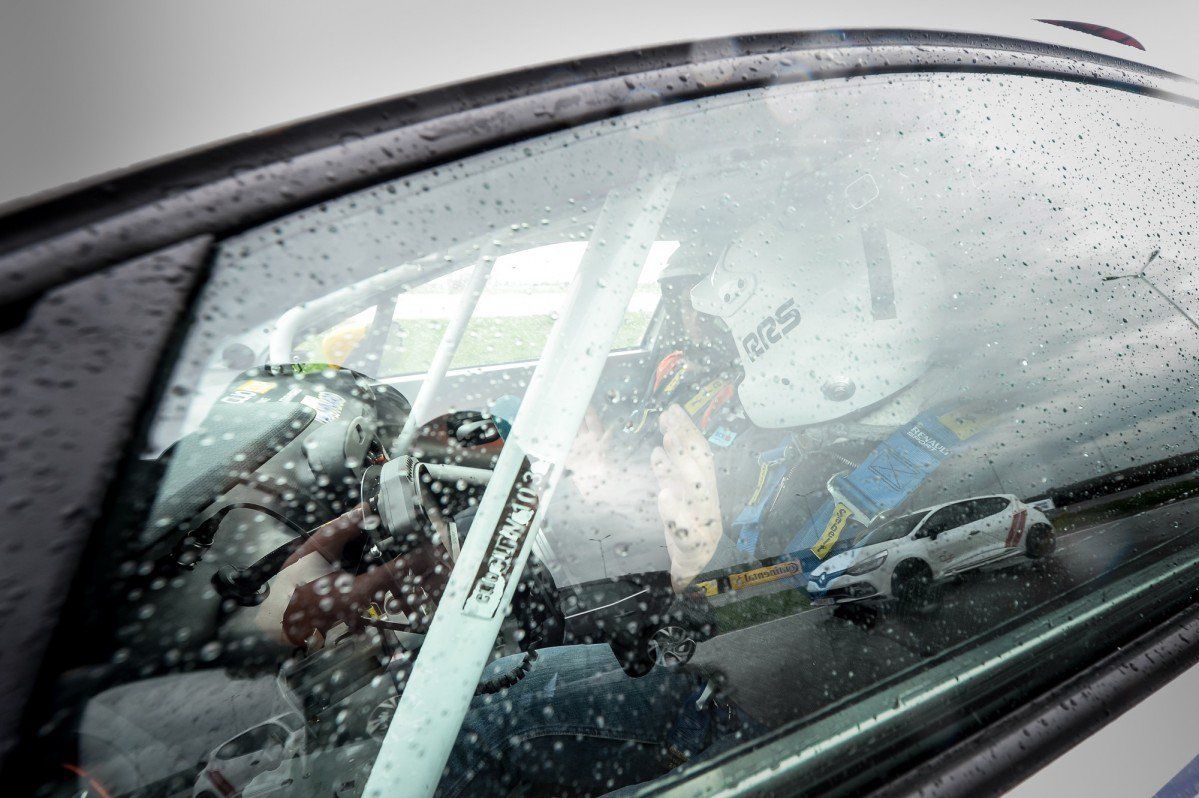 I didn't know whether Paul had been polite when he told me I did remarkably well for a first attempt, but after switching positions and seeing him take the Clio Cup by the scruff of the neck and literally bring it to the limit, I realized he might have been too kind.

As I approached the end of the last taxi ride lap, I could only think of two problems with the Clio Cup: that I was only allowed two laps behind the wheel and that it isn't road legal. Still, you can buy one (for €46,600 in Germany before taxes), but you'll only be able to drive it on the circuit.