Don’t Kill the Diesel, Rudolf’s Idea Is Just Too Brilliant to Let Pass

Industry captains and analysts predict diesel engines will for the most part cease to be offered in cars (and maybe even trucks) after 2020, but I think that’s a mistake since it’s not the engine but the fuel that’s the source of the problem

Rudolf Diesel’s ambition to make the steam engine obsolete not only got the world moving much more efficiently than it had ever done before, but it also gave us one possible key to energy crisis situations, a key we sadly never used to its full potential . Diesel engines are nowadays getting bad rep due to some automakers cheating on emissions testing, yet that I think does not in any way negate the importance of compression-ignition for the future of mobility.

Mr. Diesel, a technical genius of the late 19th and early 20th century, went further than just aiming to replace steam as the main type of propulsion - working with the French government after he patented the compression-ignition engine, he started pursuing the idea of using non-petroleum-based fuels. But the idea only really caught on decades after he was no longer around, in the 1930s and 1940s, and then later, after the war, in the 1970s and 1980s.

He is quoted at the beginning of the 1916 book Diesel Engines for Land and Marine Work, by A.P. Chalkley where he wrote that “in 1900 a small Diesel engine was exhibited by the Otto company which, on the suggestion of the French Government, was run on peanut oil, and operated so well that very few people were aware of the fact. The motor was built for ordinary oils, and without any modification was run on vegetable oil. I have recently repeated these experiments on a large scale with full success and entire confirmation of the results formerly obtained."

In the introduction he wrote for the book, Herr Diesel also pointed out the fact that “the French Government had in mind the utilization of the large quantities of peanut or ground nuts available in the African colonies and easy to cultivate, for, by this means, the colonies can be provided with power and industries, without the necessity of importing coal or liquid fuel. Similar experiments have also been made in St. Petersburg with castor oil with equal success. Even animal oils, such as fish oil, have been tried with perfect success. If at present the applicability of vegetable and animal oils to Diesel motors seems insignificant, it may develop in the course of time to reach an importance equal to that of natural liquid fuels and tar oil.” 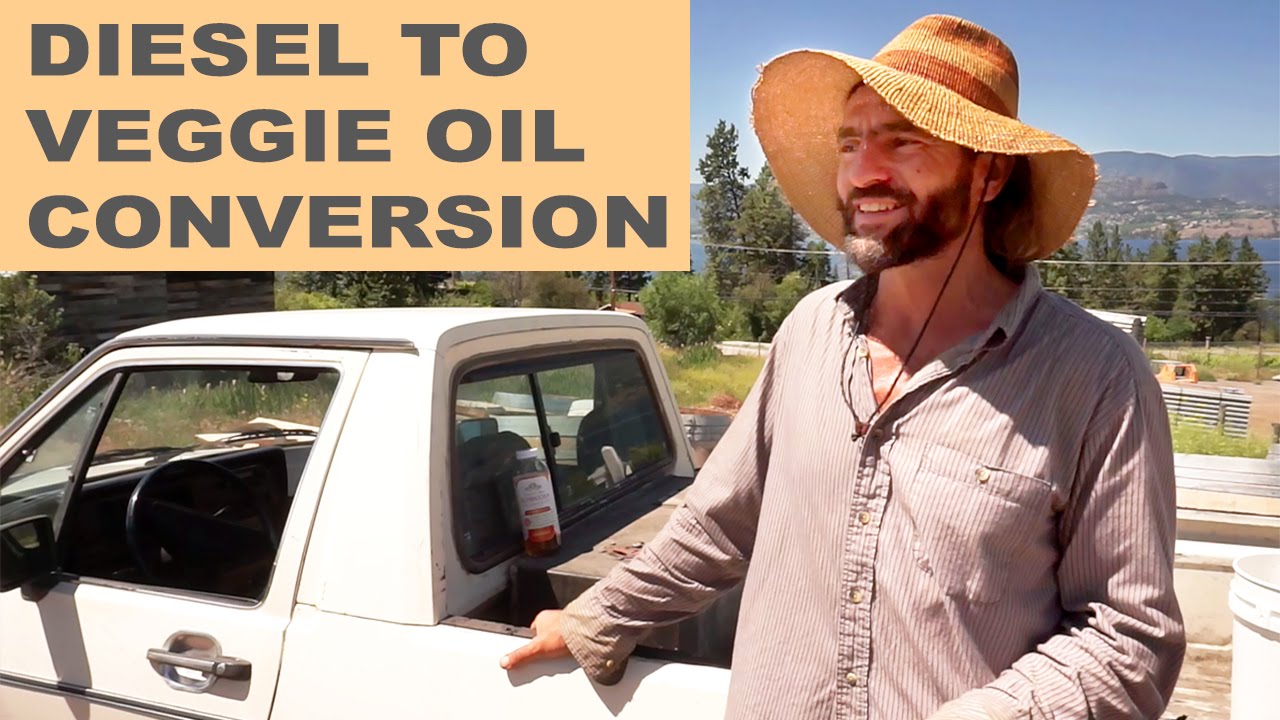 It is therefore fact that pretty much all diesel engines can run on straight vegetable oil (SVO), also known as pure plant oil (PPO), with no or minimal modifications. The extent of modifications needed depends on the complexity and age of the engine, as well as it being turbocharged or not. If you do a quick web search on a specific engine and biofuel or vegetable oil fuel, you’ll very easily find more information on how to make a petroleum-derived diesel engine run on something alternative.

You either have to reduce the non-petroleum-based fuel’s viscosity, as it is higher than that of regular diesel fuel, and you may also need to install various devices along the fuel lines to either clean or heat up the vegetable oil before it hits the combustion chamber. But none of these are radical modifications, and they apply to pretty much all engines. 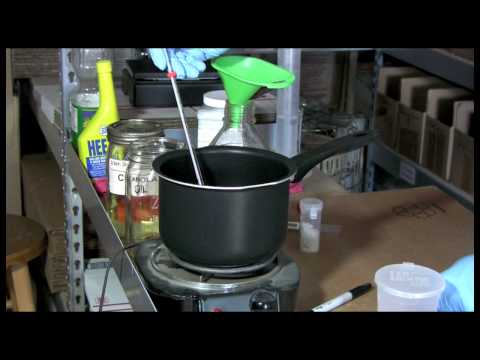 It’s all about the chemistry here, and the more you understand of it, the more you begin to see there is no real reason why veggie oil is not more popular nowadays - the only real obvious downsides one observes at first glance is the necessity for some fuel system modifications, as well as the higher gelling point (i.e. the point where temperature drops enough that the fuel’s viscosity increases and makes it unusable - but this is where warmed fuel lines come in, or a solvent which you can pour into your tank to reduce fuel thickness).

But say you get past the problem of lightly modifying your diesel car to run on veggie oil, then what next? Well, the easiest and most environmentally-sound solution would be to start gathering used cooking oil from restaurants, storing it in tanks where you filter it and adjust its viscosity using other chemicals. In doing so, you’d find a purpose for used frying fat - you’d save companies the trouble (and energy) of having to dispose of it in an environmentally sound way. 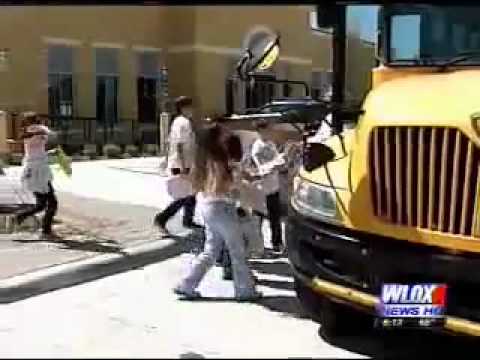 If, however, running around from restaurant to restaurant asking for their free used oil is too much for you, there are companies who grow plants specifically to make veggie oil fuel out of them. Such companies were on the upswing around the 2008 oil price spike, but their business seems to have died down since then as the price of oil has come down since. This again is very indicative of petroleum-based fuel’s damaging effect on the world by making us complacent - when prices skyrocketed, it made us look for alternatives (which we already knew of but never really fully explored), but now that oil is down in price again, we’re back on that train with no apparent remorse. It’s this kind of collective attitude that makes one question our ability to perpetuate our species, as one day we may wipe ourselves out because somebody thought it was a good business decision.

Consumer Reports did some testing back in 2012 using a VW Jetta TDI. They ran it on regular diesel, pure cooking oil, B100 (which is 100 percent bio fuel) and B5 which is regular diesel with 5 percent bio fuel in it. Their findings speak for themselves - cooking oil provided negligibly less highway efficiency, but better performance than regular diesel, while providing the lowest NOx (nitrogen oxide) levels recorded during their testing. Other values (unburned hydrocarbons, carbon monoxide and particulates) were either comparable or better than the other fuels tested. If you’re skeptical of this idea, do note that plant-based fuel is used in compression-ignition engines around the world already. Many big city bus fleets use part-bio fuel, and there are many private individuals that have converted their diesel cars to run on something veggie-based that was readily available to them - there are also companies whose commercial vehicle fleets fully or partly use the stuff too, yet it’s far from being the norm.

So yeah, next time you hear media reports on how damaging the diesel engine is, how noxious its fumes are and how much the manufacturers had to cheat in order to make it viable, remember the problem is petroleum-based fuel, and not the engine itself. The compression-ignition internal combustion engine the result of pure, unadulterated brilliance, and we must not let it die after 2020 as some are speculating it will. There is a lot more life left in it, but we must stop burning putrified dinosaurs in order to fulfill our inherent duty to Mr. Diesel. But the industry has evolved the way it has, and there are huge corporate egos as well as trillions of dollars at stake in it, so putting it down is going to be a lengthy process, as it’ll be an industry that won’t go down without a fight. Yet that is inevitable in the not too distant future as its continued endorsement of the advantages of combusting triceratops has already caused irremediable harm to the planet for the sake of profits, and soon(ish) we’ll be all out of rotten raptors to cremate anyway.

When we do run out of stinky stegosaurus juice to refine and burn, do remember that Mr. Diesel’s invention will remain just as relevant as it was in times when oil was abundant. Using plant-based fuel which the creator of the engine said works just as well as the stuff we extract from the ground is a direction that at least deserves a real chance - we owe it to Rudolf.