EV vs hot hatch drag race: is a Chevrolet Bolt is faster than a VW Golf GTI?

Yes, it’s official: a Chevrolet Bolt has what it takes to beat a (standard) 210 hp VW Golf GTI in a drag race. It’s not a crushing victory for the Chevy, but no matter what the Golf driver does, the electric Bolt always comes out on top.

In terms of power, the two cars are evenly matched: the Bolt has 200 instant horsepower and a zero to sixty time of 6.5 seconds - definitely hot hatch pace. The GTI, on the other hand, has 210 hp, but a benchmark sprint time of around 6 seconds, despite having gears to shift in order to accelerate, whereas the Bolt doesn’t.

In only one of the three runs shown in the TFLCar video posted below does the Golf manage to stick with the Bolt until the end of the run, but really, it becomes obvious that it doesn’t stand a chance. It would certainly win any longer race, as the Bolt is limited to 93 mph, whereas the Golf can easily go way beyond that, though. 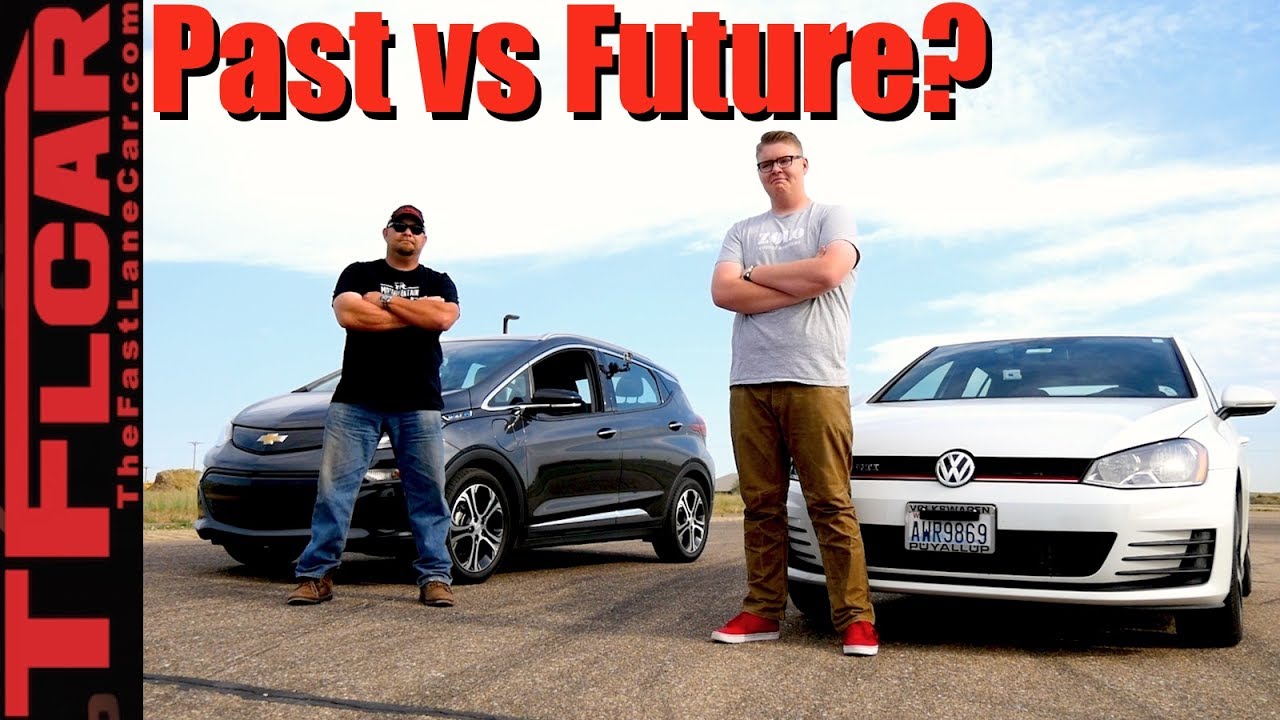