On sale since 2014, the second-generation Toyota Aygo city car has reached the point of a makeover. Set to debut at the Geneva Motor Show next month, the facelifted version brings a restyled exterior and interior, as well as improved performance and handling characteristics. As the photos reveal, the 2018 Aygo takes the trademark "X" frontal design even further courtesy of a redesigned front bumper, and new "Keen Look" headlamp clusters with integrated LED DRLs. Besides the new 15-inch alloys, the side view remains the same, while the rear end now features new outer lenses for the lamp clusters which also feature a new LED light signature. Inside, the refreshed Toyota Aygo brings upgraded instrument graphics, a new color scheme combining Quartz Grey and Piano Black, and new seat fabrics for most of the trim levels. The automaker has also revamped the range structure, focusing on the high-end of the segment. There are three grades (x, x-play, and x-clusiv), each featuring a distinctive look. Furthermore, Toyota will offer two special edition models called x-cite and x-trend that will add to the broad range of customization options. Moving on to the changes that cannot be seen, the Aygo is said to benefit from a "marked reduction" in NVH (Noise, Vibration, and Harshness) thanks to added sealing and absorption materials to the dashboard, A-pillars, doors, and rear deck. Toyota also claims to have improved performance and driving dynamics for "even greater urban agility." That was achieved via new suspension settings and updated steering software. 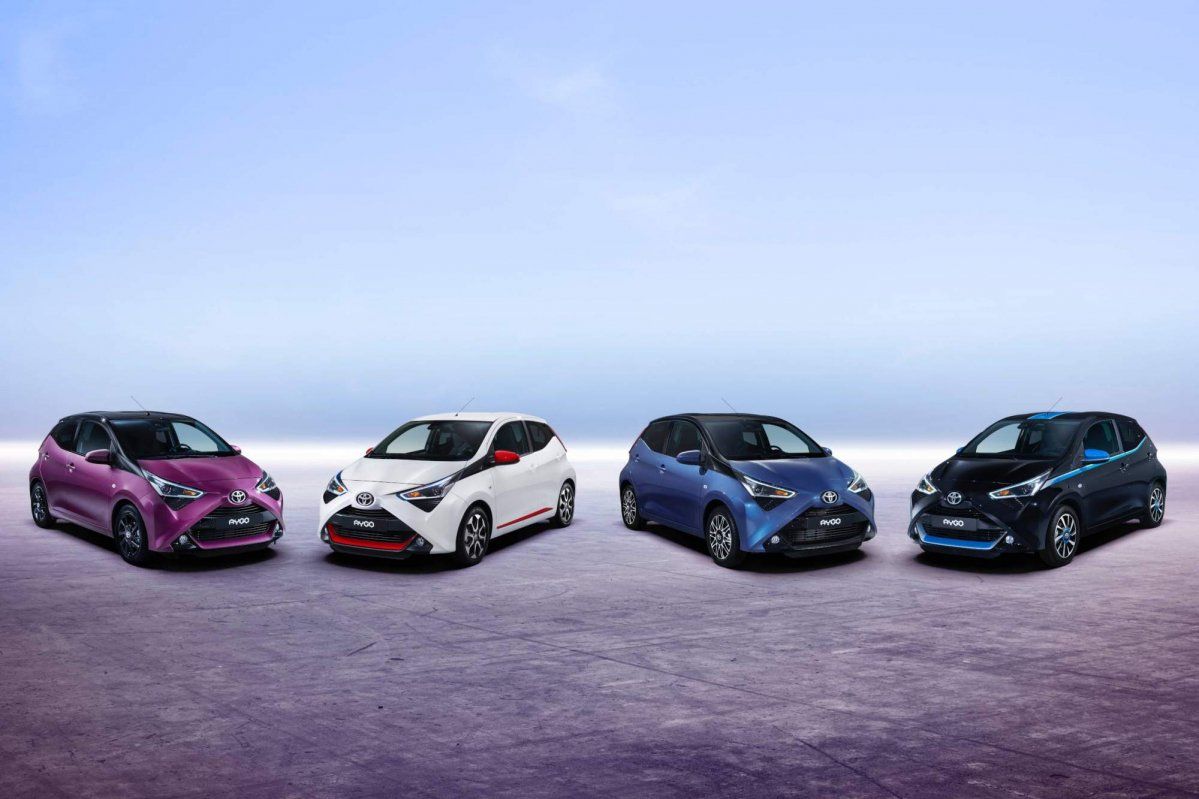 Average fuel consumption drops from 4.1 to 3.9 l/100 km on the NEDC cycle, while CO2 emissions are reduced by 5 g/km to 90 g/km. The Aygo will also be available in an Eco version that features longer fourth and fifth gears, low rolling resistance tires, Stop & Start system, and aerodynamic improvements.

READ MORE: Check out what other cars will debut at this year's Geneva Motor Show